Cassini spacecraft to sweep near Saturn moon Enceladus on May 2

NASA’s Cassini spacecraft will fly within about 46 miles (74 kilometers) of Saturn’s moon Enceladus on May 2,2012. Yay! More images of this moon’s mysterious jets!

Yay! More good images should be coming soon from NASA’s Cassini spacecraft, which will fly within about 46 miles (74 kilometers) of Saturn’s fascinating moon Enceladus today (May 2,2012). It’s the last of three flybys – the other two took place on April 28, 2010, and Nov. 30, 2010 – for Cassini’s radio science experiment. The radio science team wants to use this flyby to probe the internal structure of Enceladus, to find out how mass is distributed under Enceladus’ south polar region. Of course they do! This part of Enceladus features jets of water ice, water vapor and organic compounds spraying out of Saturn’s moon from long fractures. 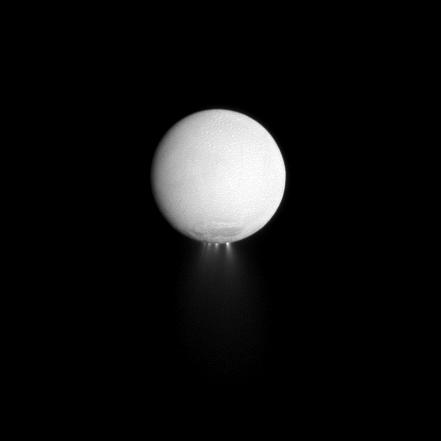 NASA scientists say a concentration of mass near Enceladus’ south pole could indicate subsurface liquid water or an intrusion of warmer-than-average ice that might explain this moon’s mysterious and wonderful jets. Cassini’s scientists are able to learn about the moon’s internal structure, by the way, by measuring variations in the pull of Enceladus’ gravity against the steady radio link to NASA’s Deep Space Network on Earth. 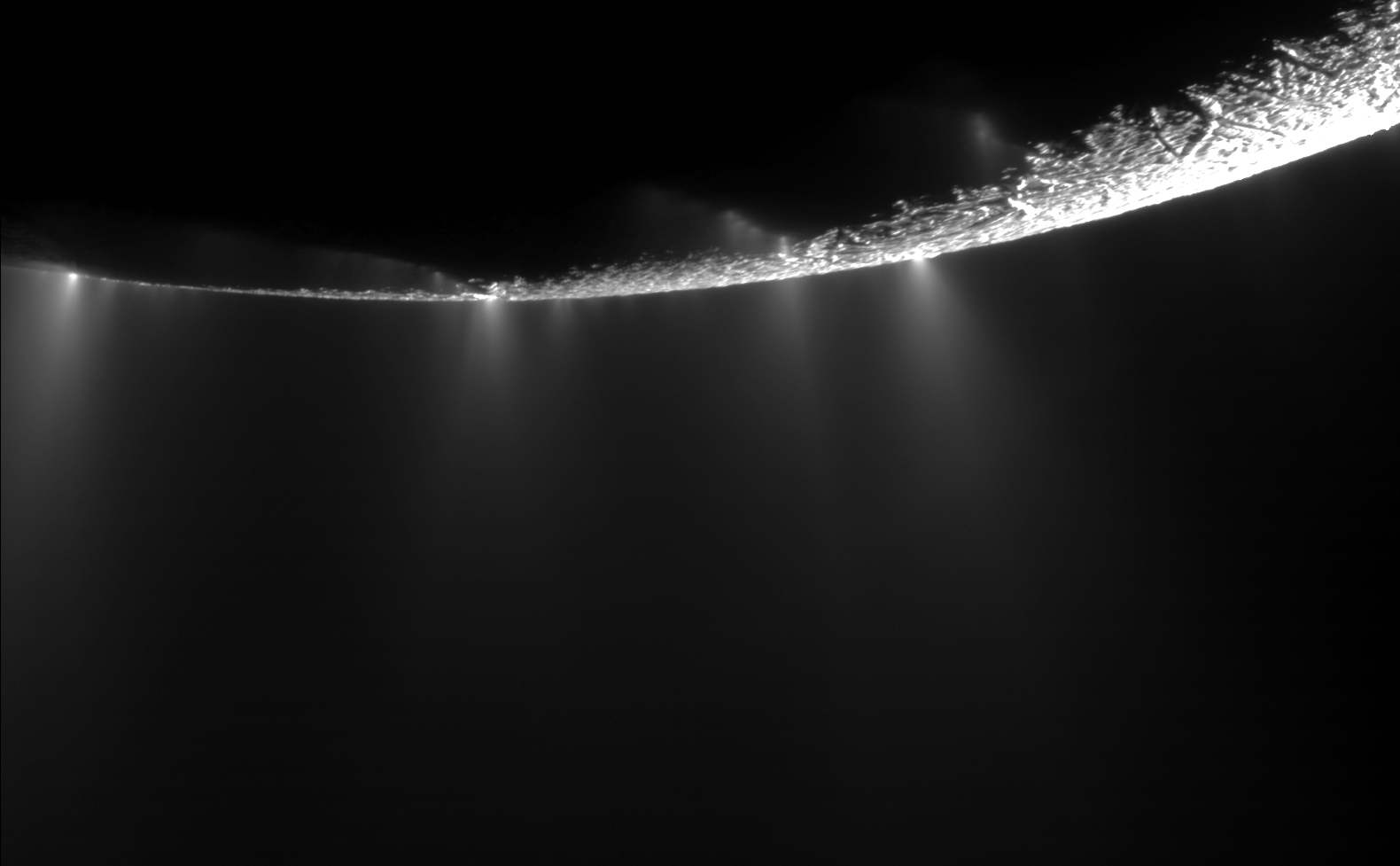 A closer look at the mysterious jets on Enceladus. Cassini took this image when the day side of this moon was facing the other way, so that Enceladus appears as a crescent. Image Credit: NASA’s Cassini spacecraft

Cassini will also be flying past Saturn’s moon Dione today at a distance of about 5,000 miles (8,000 kilometers). NASA says the imaging cameras will create several mosaic images of Dione. These images are precious. Once Cassini ends its operations (no word that I know of on when that might be), they will be the best images we have of the Saturn system of rings and moons – perhaps for several decades or more. 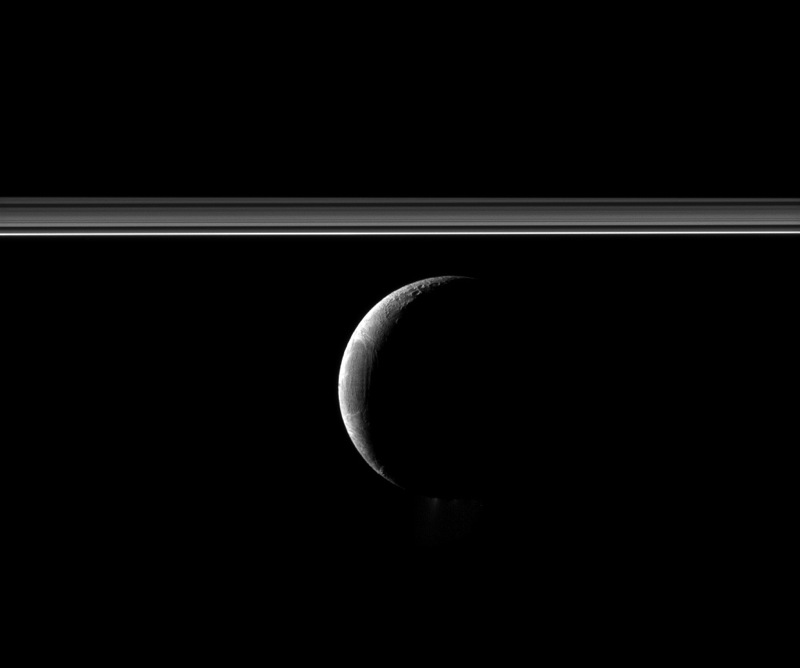 The Cassini spacecraft has been cruising in orbit around Saturn since 2004, studying its rings and moons. The image above is also from Cassini of Saturn’s moon Enceladus in a crescent phase, with Saturn’s rings in the background. The image was taken with Cassini’s narrow-angle camera on January 4, 2012 at a distance of 181,000 miles (291,000 km) from Enceladus. Image scale is about 2 km per pixel.

The famous and mystifying jets of water ice emanating from the south polar region of Enceladus are faintly visible in the image above.

In the Cassini image above, the jets appear as a small white blur below Enceladus’ dark pole, down and to the right of the illuminated part of the moon’s surface. You can see it better if you click to enlarge. Scientists at the European Space Agency enhanced the image’s contrast to increase the jets’ visibility.

The sunlit terrain seen here is on the trailing hemisphere of Enceladus, whose diameter is 313 miles (504 km). North is up in the image above. This view looks toward the northern, sunlit side of the rings from just above the ringplane.

Bottom line: NASA’s Cassini spacecraft will fly within about 46 miles (74 kilometers) of Saturn’s fascinating moon Enceladus on May 2,2012. This flyby will be used to probe the internal structure of Enceladus, to find out how mass is distributed under Enceladus’ south polar region, which features jets of water ice, water vapor and organic compounds spraying out of Saturn’s moon from long fractures.