Although the Cassini spacecraft – now on the verge of running out of fuel – is in its final year in orbit around Saturn, it’s still producing heart-stirring images. 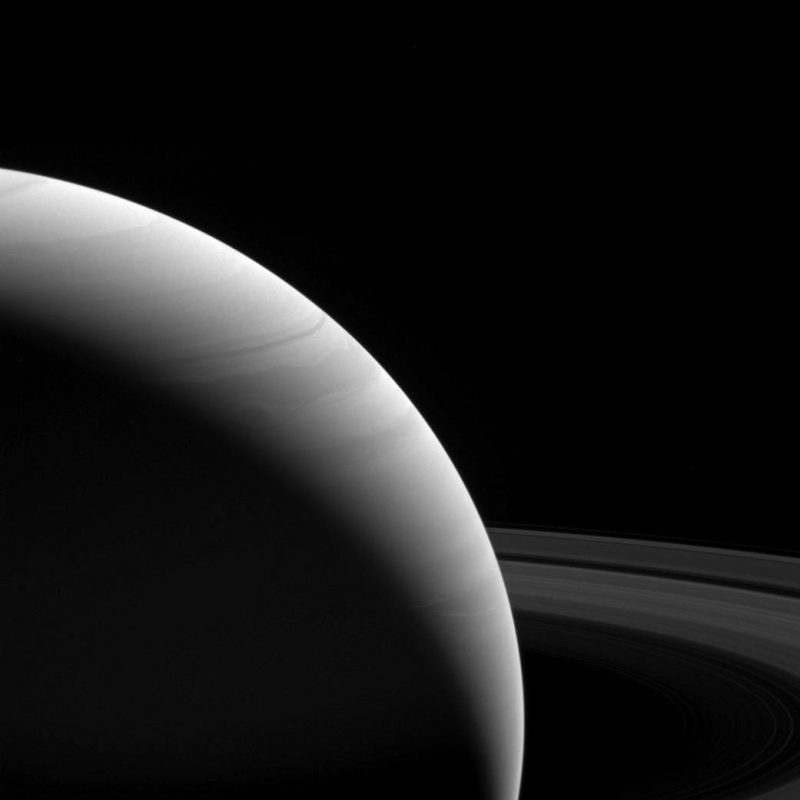 This view looks toward the sunlit side of Saturn’s rings from about 10 degrees above the ring plane. Image via NASA/JPL-Caltech/Space Science Institute

The Cassini spacecraft – which has been orbiting Saturn since 2004 and is now in its final year – captured this image of the planet with its wide-angle camera on February 25, 2017. Cassini was approximately 762,000 miles (1.23 million km) from Saturn when it acquired the image. Saturn is some 10 times farther from the sun than Earth. It takes 30 Earth-years to orbit our sun. At Saturn, the sun’s illumination is roughly 100 times less intense.

Cassini, which is now running out of fuel, is in the midst of its Grand Finale year. It has been making dare-devil plunges between between Saturn’s innermost ring and outermost atmosphere, and it’s just over two months away from plunging into Saturn itself. The craft is still making spectcular discoveries, recently finding that the space between Saturn and its rings is emptier than scientists had suspected.

And so this image, which shows the light of a new day on Saturn, marks part of Cassini’s ending.

Learn more about Cassini and its Grand Finale year at Saturn in the video below:

Bottom line: February 2017 image of Saturn, at dawn, via Cassini.