The swirling mass appears to execute one full rotation in about nine hours – much faster than Titan’s 16-day rotation period.

The Cassini spacecraft, which has been orbiting Saturn since 2004, has discovered a vortex at the south pole of Saturn’s largest moon Titan, NASA announced today (July 10, 2012). This movie shows this mass of swirling gas around Titan’s south pole. The swirling mass appears to execute one full rotation in about nine hours – much faster than the moon’s 16-day rotation period. Cassini acquired these images before and after a distant flyby of Titan on June 27, 2012. 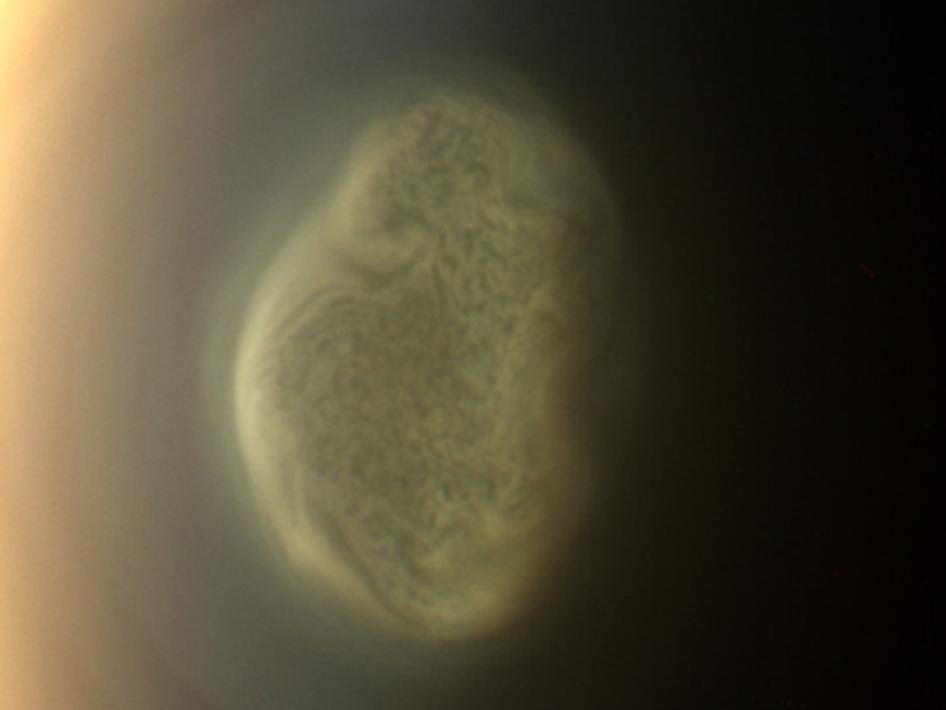 Read more from NASA about these images