This was Cassini’s 127th Titan flyby. The craft passed at an altitude of about 608 miles (979 km) above the moon’s surface. Cassini is now in position for its daring Grand Finale. 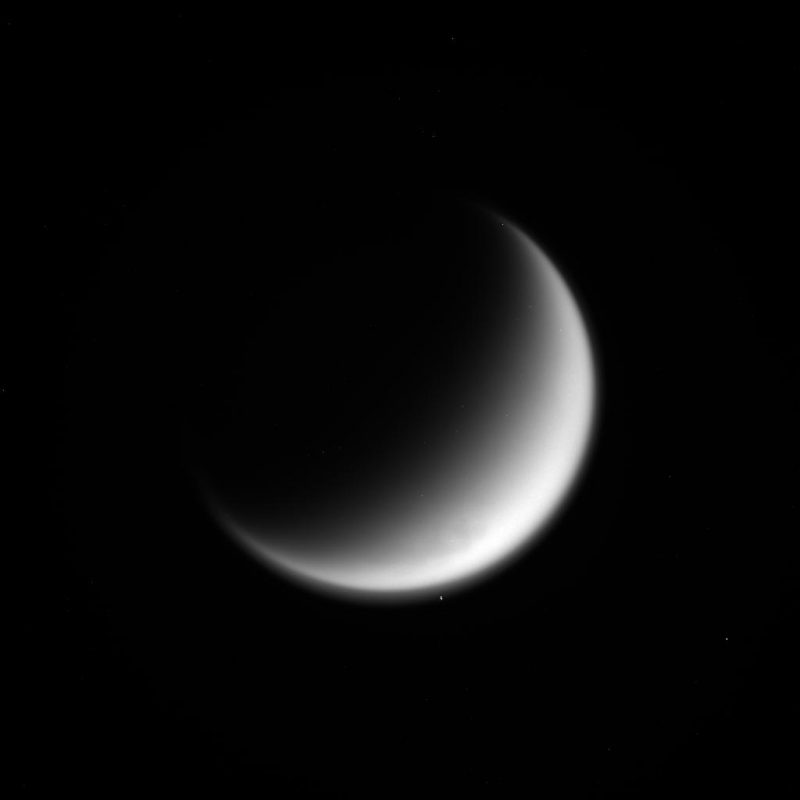 This unprocessed image of Saturn’s moon Titan was captured by NASA’s Cassini spacecraft during its final close flyby of the hazy, planet-sized moon on April 21, 2017. Image via NASA/JPL-Caltech/ Space Science Institute.

NASA said today that the Cassini spacecraft has had its last close brush with Saturn’s hazy moon Titan and is now beginning its final orbits around the ringed planet. The final series of orbits – known as Saturn’s Grand Finale – will take the spacecraft between Saturn’s rings and the body of the planet. The Titan flyby is the 127th in Cassini’s long and glorious history at Saturn. The spacecraft has been orbiting Saturn since 2004 and is now nearly out of fuel. Spacecraft engineers needed the Titan flyby to reshape the robotic probe’s orbit slightly so that instead of passing just outside Saturn’s main rings, Cassini will begin a series of 22 dives between the rings and the planet.

Cassini transmitted its images and other data to Earth following the encounter. Scientists with Cassini’s radar investigation will be looking this week at their final set of new radar images of the hydrocarbon seas and lakes that spread across Titan’s north polar region. The planned imaging coverage includes a region previously seen by Cassini’s imaging cameras, but not by radar. The radar team also plans to use the new data to probe the depths and compositions of some of Titan’s small lakes for the first (and last) time, and look for further evidence of the evolving feature researchers have dubbed the ‘magic island.’ 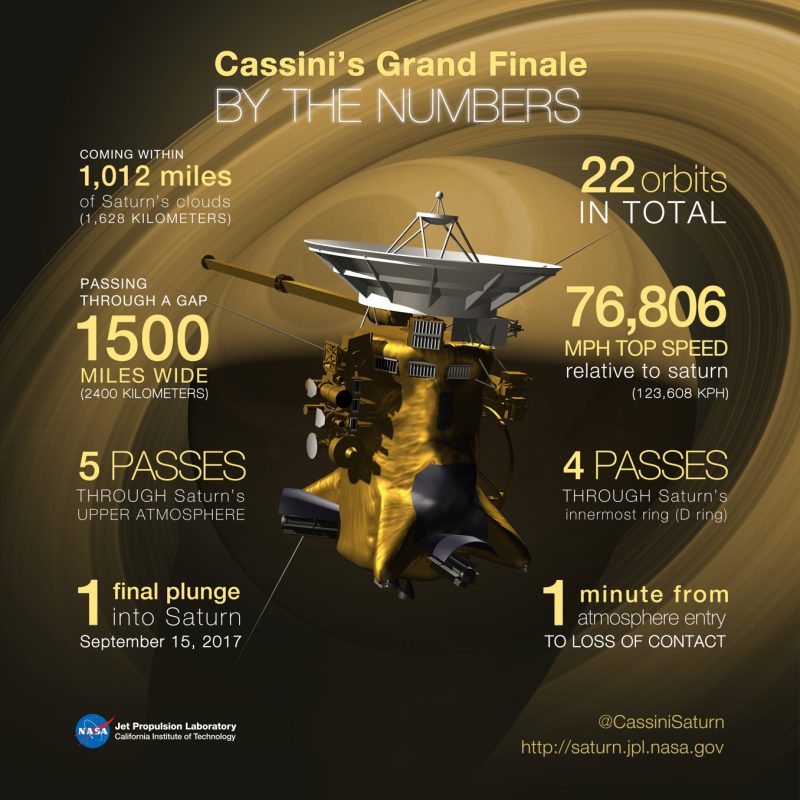 The first Cassini dive between the body of Saturn and the inner rings is scheduled for April 26 at 2 a.m. PDT (09:00 UTC). The spacecraft will be out of contact during the dive and for about a day afterward while it makes science observations from close to the planet. The earliest time Cassini is scheduled to make radio contact with Earth is 12:05 a.m. PDT (07:05 UTC) on April 27. Images and other data are expected to begin flowing in shortly after communication is established.

No one knows, of course, exactly what lies between the inner rings and outer atmosphere of Saturn. It’s possible this region contains unseen debris, which might harm the spacecraft. In fact, astronomers and space scientists have been discussing sending a spacecraft into this unknown region for decades, beginning with the Voyager flybys of Saturn in 1980 and 1981. But they have never attempted it … until now.

The mission will conclude with a science-rich plunge into Saturn’s atmosphere on September 15, 2017.

The video below tells the story of Cassini’s Grand Finale.

Bottom line: NASA’s Cassini spacecraft has had its last close brush with Saturn’s hazy moon Titan and is now beginning its final set of 22 orbits around the ringed planet.