Cascade of magnetic arches on sun

A dark solar filament above the sun’s surface became unstable and erupted on December 16-17, 2015, generating a cascade of magnetic arches. A small eruption to the upper right of the filament was likely related to its collapse, says NASA. The arches of solar material appear to glow as they emit light in extreme ultraviolet wavelengths, highlighting the charged particles spinning along the sun’s magnetic field lines.

This video, captured by NASA’s Solar Dynamics Observatory (SDO), was taken in extreme ultraviolet wavelengths of 193 angstroms, a type of light that is typically invisible to our eyes, but is colorized here in bronze. 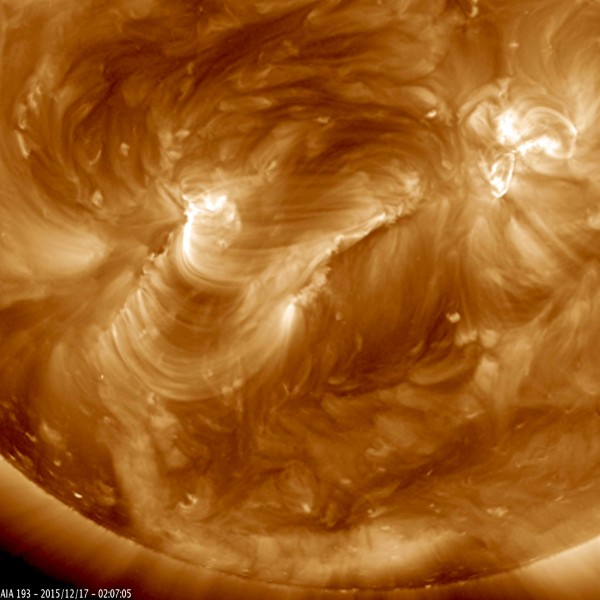