What if you could point the Hubble Space Telescope downward, toward Earth. What would it see?

If the Hubble Space Telescope (HST) could observe Earth from its orbit 570 kilometers (350 miles) above Earth’s surface, it would in theory be able to see objects as small as 0.3 meters (30 centimeters). But it’s not possible to turn the telescope in an Earth-observing direction. Here’s why.

First, the brightness of Earth would damage the instruments aboard the telescope.

Second, HST would have to look down through the atmosphere, which would blur the images and make the actual resolution or sharpness of the Earth images worse than theory suggests.

Finally, the HST orbits the Earth at a speed (27,000 kilometers per hour or 17,000 miles per hour). Its speed in orbit above Earth is so fast that any image it took would be blurred by the motion. 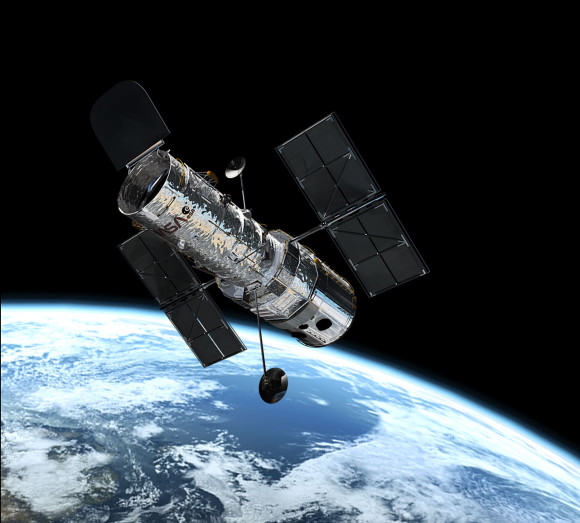 Bottom line: It’s not possible to use the Hubble Space Telescope to observe Earth.