Bumping up against a parallel universe

An analysis of the cosmic microwave background revealed bright spots, possible imprints left when an alternate universe bumped ours shortly after the Big Bang. 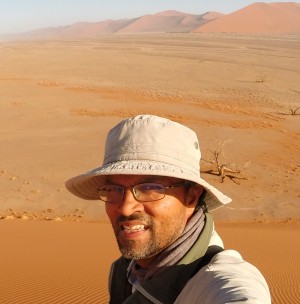 A scientist has evidence of our universe and a parallel universe bumping into one another, in the distant past. An analysis by Ranga-Ram Chary of a map of the cosmic microwave background revealed eerie glowing patches that he thinks might be imprints left in the encounter. The map comes from data gathered by a space observatory called Planck, operated by the European Space Agency (ESA) from 2009 to 2013, and Chary is a researcher at the at the U.S. Planck Data Center at CalTech. Follow the links below to learn more:

Many universes? Until recent decades, most astronomers would have told you that, by definition, the word universe means all there is. That word was used to describe all space, time, matter, physical laws and constants. But now a new word – multiverse – has entered the language of scientists.

Not all scientists agree, but some – including Stephen Hawking, for example, and Alan Guth of MIT – believe there’s scientific justification for a multiverse, many universes springing into being, possibly existing simultaneously, each possibly with its own physics. If true, then our universe of stars and galaxies is just a small part of this vast assemblage of many universes.

The New York Times was describing a brief history of the multiverse when it explained that the argument for it comes from Big Bang theory:

… according to the standard model, shortly after the universe exploded into existence about 14 billion years ago, it suddenly jumped in size by an enormous factor. This ‘inflation’ can best be understood by imagining that the observable universe is, relatively speaking, a tiny blob of space buried deep within a vast labyrinth of interconnected cosmic regions.

Under this theory, if you took a God’s-eye view of the multiverse, you would see big bangs aplenty generating a tangled melee of universes enveloped in a superstructure of frenetically inflating space.

Though individual universes may live and die, the multiverse is forever.

How can we envision the multiverse? There are different ways of describing the possibilties, and scientists nowadays may speak of bubble universes, or a quantum multiverse. You can read a relatively easy compilation of scientists’ ideas about the multiverse on Wikipedia.

The cosmic microwave background – first theorized in the 1940s and first observed in 1965 by Arno Penzias and Robert Wilson at the Bell Telephone Laboratories in New Jersey – is a tool for studying the possibility of alternate universes.

Theorists determined several years ago that, if two universes started out close enough that they touched before expanding space pushed them apart, they could leave an imprint – a bruise – on each other that might show up on the cosmic microwave background. 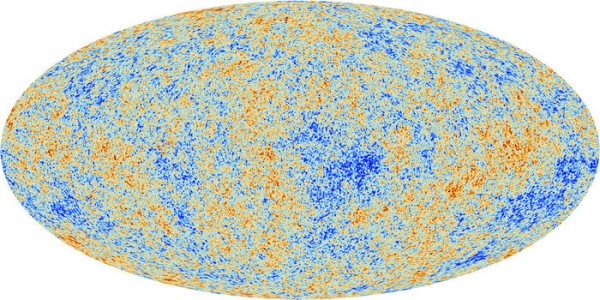 View larger. | ESA’s Planck space observatory released the highest resolution map yet of the cosmic microwave background – CMB – in 2013. It shows tiny temperature fluctuations that correspond to regions of slightly different densities in the early days of our universe: the seeds of future galaxies and stars. Map via ESA.

Analyzing those maps is part of Chary’s job at the U.S. Planck Data Center.

NewScientist.com broke the story about his recent analysis of the cosmic microwave background about a month ago. It described what he did this way:

Instead of looking at the [cosmic microwave background, or CMB] itself, Chary subtracted a model of the CMB from Planck’s picture of the entire sky. Then he took away everything else, too: the stars, gas and dust.

With our universe scrubbed away, nothing should be left except noise.

But in a certain frequency range, scattered patches on the sky look far brighter than they should.

This residual signal was about 4,500 times brighter than it should be and may represent an imprint from a parallel universe, which bumped into ours long ago. Chary himself feels tentative about this conclusion. In his paper, published at arXiv.org in October, he wrote:

…it could also possibly be due to the collision of our universe with an alternate universe.

But he also says that there’s a 30% probability the signal is just noise. And, in an email, he told EarthSky:

One has to trust the data since Nature has a way of surprising us with the unexpected. But for something as unusual as alternate universes, one needs at least two independent lines of evidence. Right now, we have only one, and it is currently right at the limit of the current data from Planck.

This isn’t the first time that a scientists has found possible evidence that other universes have bumped up against our own. In 2010, Stephen M. Feeney et al also described four statistically unlikely circular patterns in the cosmic microwave background (CMB). They also mentioned the possibility of bruises to our universe, caused by being bumped four times by other universes. Their evidence came from Planck’s predecessor, the Wilkinson Microwave Anisotropy Probe, or WMAP, and it was later disproven. But Planck sees the cosmic microwave background about three times more clearly than WMAP.

This greater detail might mean that an observation of an imprint from another universe is now possible.

If alternate universes do exist, we cannot contact them. But Chary expressed his personal belief that their existence has profound implications for our universe, when he told EarthSky:

… unless we have a physically motivated way to explain the value of key physical parameters of our universe – such as the baryon to photon ratio, the fine structure constant and the total energy density – one has to conclude that Nature may be playing dice after all, and we are just a random Universe among a multitude of others. 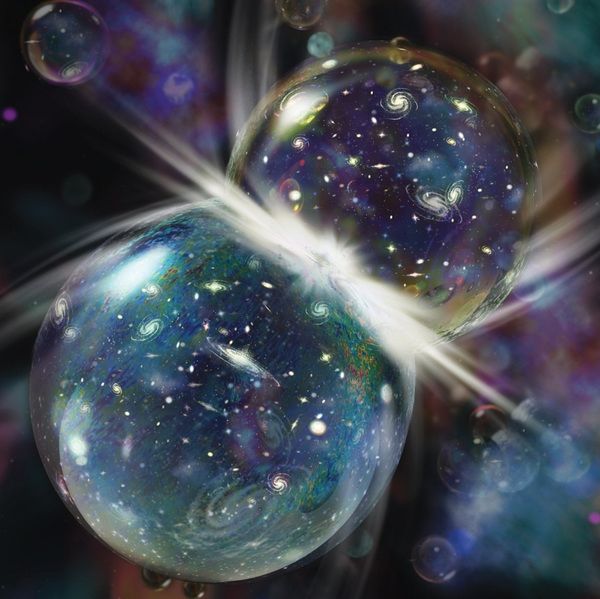 Is our universe one among many in a multiverse?

Bottom line: A researcher at the U.S. Planck Data Center, Ranga-Ram Chary, conducted an analysis of the cosmic microwave background that revealed eerie glowing patches – 4,500 brighter than they should have been. There’s a 30% probability the signal is just noise, but it might also be a cosmic fist-bump: evidence of our universe colliding with another universe.

Read more about Planck and the cosmic microwave background