Another breathtaking view of Comet Lovejoy

The comet was 51 million miles from Earth at the time – a short distance for the Dark Energy Camera, which is sensitive to light 8 billion light-years away. 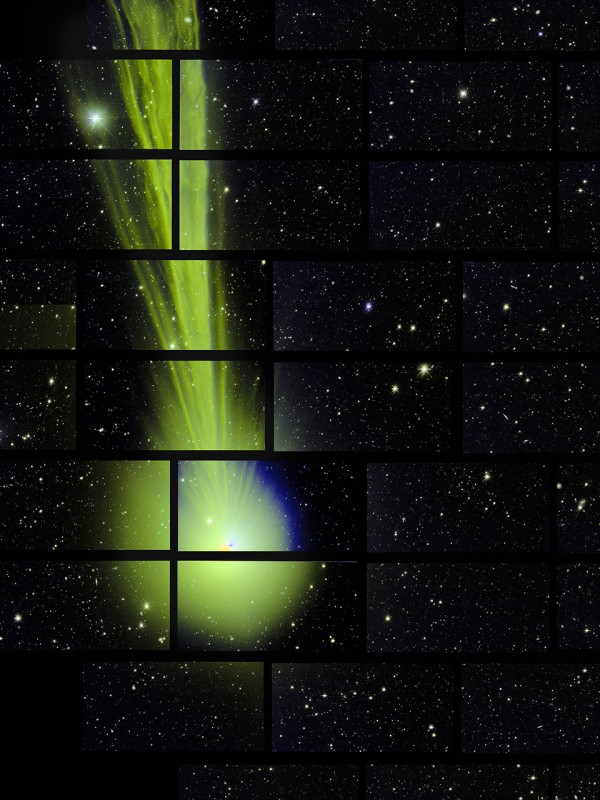 Fermilab’s Dark Energy Camera took a break from studying one of the greatest mysteries in modern cosmology – dark energy – to capture this stunning view of Comet Lovejoy – an extremely photogenic comet – on December 27, 2014. At the time this image was taken, the comet was passing about 51 million miles from Earth – a short distance for the Dark Energy Camera, which is sensitive to light up to 8 billion light-years away.

The camera was in the midst of scanning the southern sky for the Dark Energy Survey, which is designed to help uncover the nature of dark energy – a mysterious gravitational force opposite to the attractive gravity – which is causing the observed expansion of the universe to speed up.

The Fermilab Dark Energy Camera is a 570-megapixel camera, said by Fermilab to be the world’s most powerful digital camera. The camera is mounted on the Blanco 4-meter telescope at Cerro Tololo Inter-American Observatory, high in the Chilean Andes.

This camera captured the image above of Comet Lovejoy, which was visible in late 2014 and early 2015. Each of the rectangular shapes above represents one of the 62 individual fields of the camera.

Bottom line: The Fermilab Dark Energy Camera took a break from studying dark energy to capture this shot of Comet Lovejoy in December 2014. The comet was about 51 million miles from Earth at the time.