Life on Earth is used to gravity. So what happens to our cells and tissues in space? 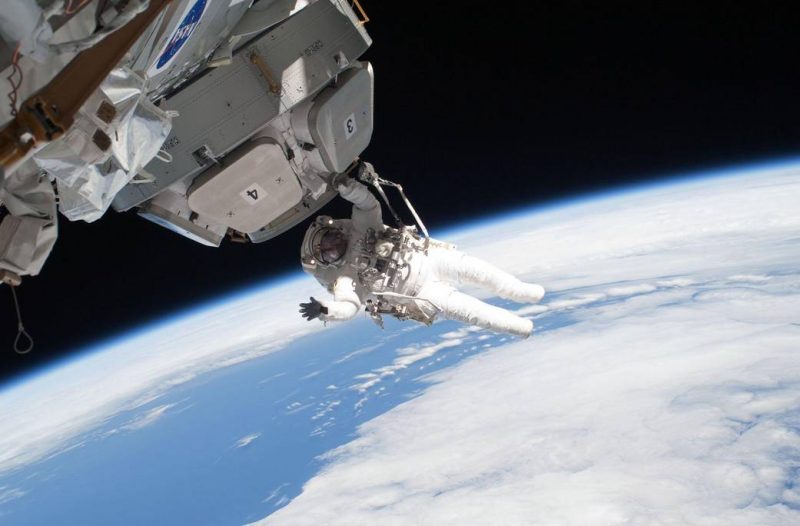 There’s one force whose effects are so deeply entrenched in our everyday lives that we probably don’t think much about it at all: gravity. Gravity is the force that causes attraction between masses. It’s why when you drop a pen, it falls to the ground. But because gravitational force is proportional to the mass of the object, only large objects like planets create tangible attractions. This is why the study of gravity traditionally focused on massive objects like planets.

Our first manned space missions, however, completely changed how we thought about gravity’s effects on biological systems. The force of gravity doesn’t just keep us anchored to the ground; it influences how our bodies work on the smallest of scales. Now with the prospect of longer space missions, researchers are working to figure out what a lack of gravity means for our physiology – and how to make up for it. 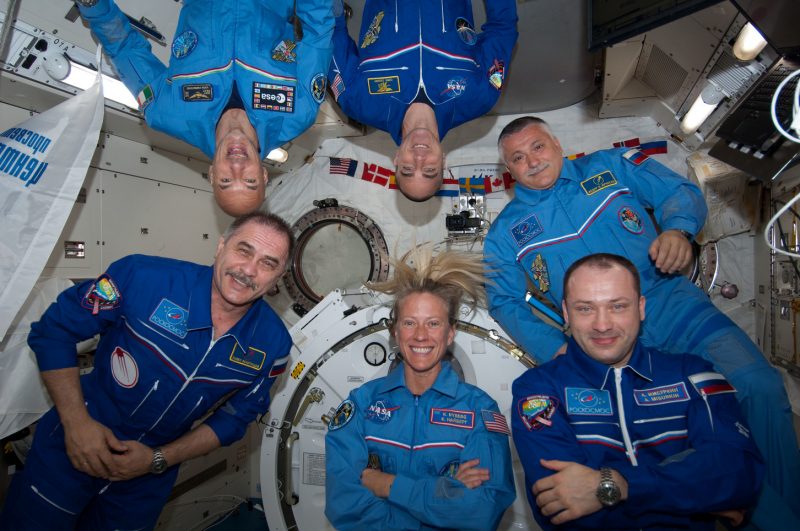 On months-long expeditions in space, astronauts’ bodies have to deal with a gravity-free environment very different to what they’re used to on Earth. Image via NASA.

It wasn’t until explorers traveled to space that any earthly creature had spent time in a microgravity environment.

Scientists observed that returning astronauts had grown taller and had substantially reduced bone and muscle mass. Intrigued, researchers started comparing blood and tissue samples from animals and astronauts before and after space travel to assess the impact of gravity on physiology. Astronaut-scientists in the largely gravity-free environment of the International Space Station began to investigate how cells grow while in space.

Most experiments in this field are actually conducted on Earth, though, using simulated microgravity. By spinning objects – such as cells – in a centrifuge at fast speeds, you can create these reduced gravity conditions.

Our cells have evolved to deal with forces in a world characterized by gravity; if they’re suddenly liberated from gravity’s effects, things start getting strange.

Detecting forces at a cellular level

Along with the force of gravity, our cells are also subjected to additional forces, including tension and shear stresses, as conditions change within our bodies.

Our cells need ways to sense these forces. One of the widely accepted mechanisms is through what are called mechano-sensitive ion channels. These channels are pores on the cell membrane that let particular charged molecules pass in or out of the cell depending on the forces they detect. 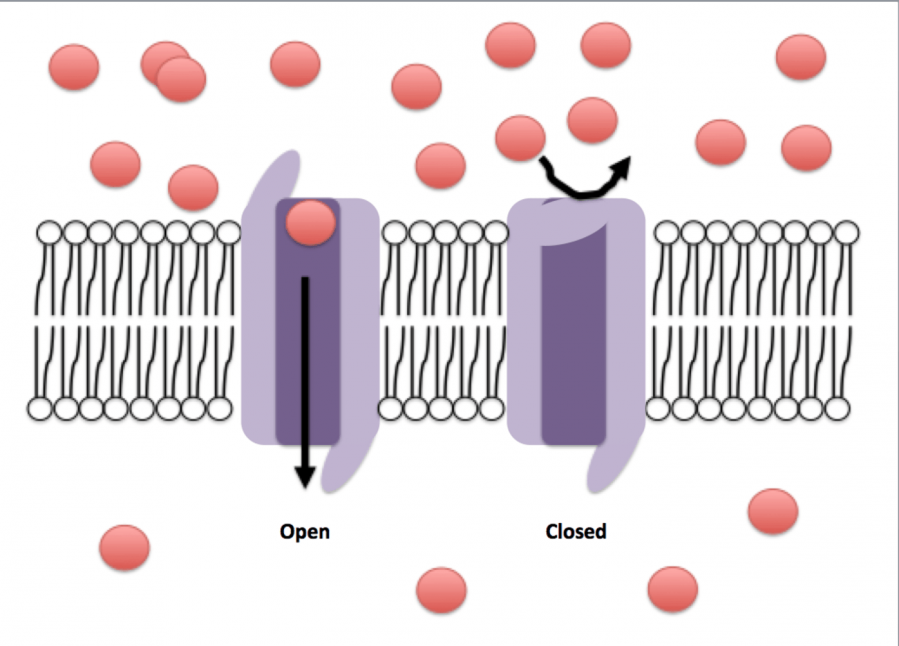 Channels in a cell’s membrane act as gatekeepers, opening or closing to let molecules in or out in response to a particular stimulus. Image via Efazzari.

An example of this kind of mechano-receptor is the PIEZO ion channel, found in almost all cells. They coordinate touch and pain sensation, depending on their locations in the body. For instance, a pinch on the arm would activate a PIEZO ion channel in a sensory neuron, telling it to open the gates. In microseconds, ions such as calcium would enter the cell, passing on the information that the arm got pinched. The series of events culminates in withdrawal of the arm. This kind of force-sensing can be crucial, so cells can quickly react to environmental conditions.

Without gravity, the forces acting on mechano-sensitive ion channels are imbalanced, causing abnormal movements of ions. Ions regulate many cellular activities; if they’re not going where they should when they should, the work of the cells goes haywire. Protein synthesis and cellular metabolism are disrupted.

Over the past three decades, researchers have carefully teased out how particular kinds of cells and body systems are affected by microgravity. 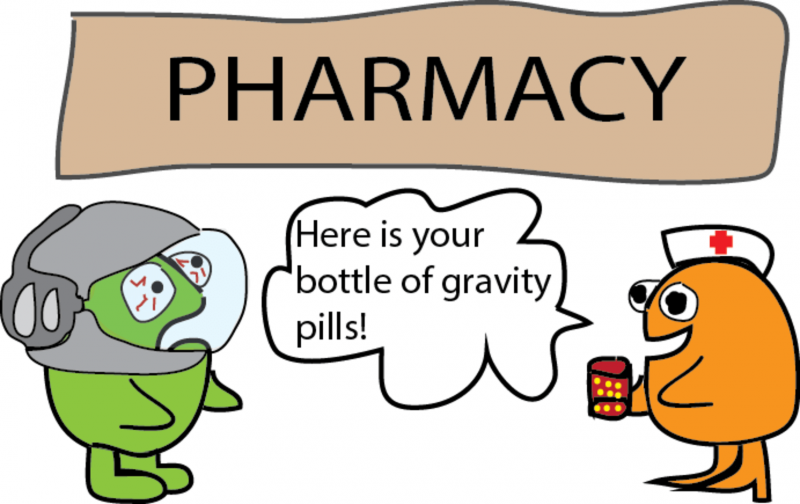 So far there’s no quick-fix substitute for gravity. Image via Andy Tay.

Compensating for the lack of gravity

NASA and other space agencies are investing to support strategies that will prepare humans for longer-distance space travel. Figuring out how to withstand microgravity is a big part of that. 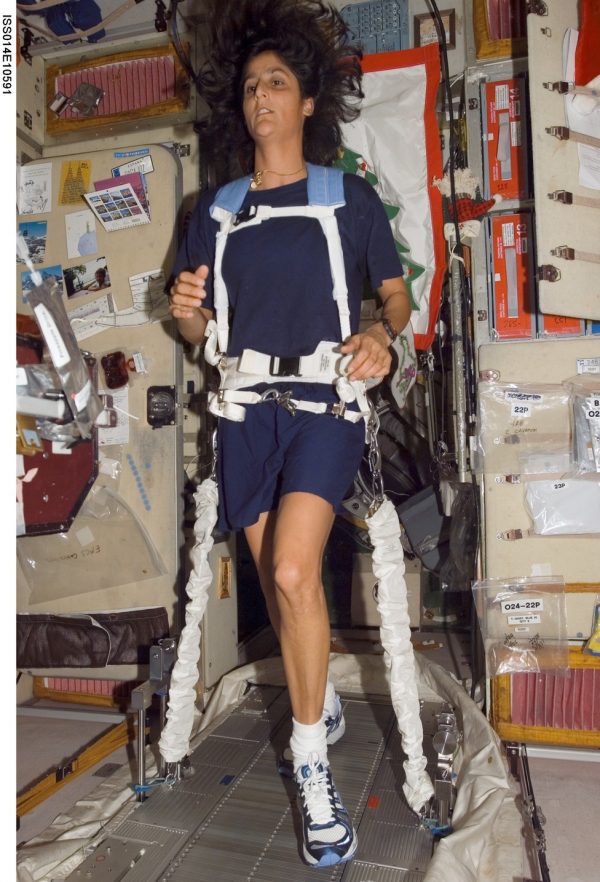 Space exercise on the International Space Station. Image via NASA.

The current best method to overcome the absence of gravity is to increase load on the cells in another way – via exercise. Astronauts typically spend at least two hours each day running and weight-lifting to maintain healthy blood volume and reduce bone and muscle loss. Unfortunately, rigorous exercises can only slow down the deterioration of the astronauts’ health, not prevent it completely.

Supplements are another method researchers are investigating. Through large-scale genomics and proteomics studies, scientists have managed to identify specific cell-chemical interactions affected by gravity. We now know that gravity affects key molecules that control cellular processes like growth, division and migration. For instance, neurons grown in microgravity on the International Space Station have fewer of one kind of receptor for the neurotransmitter GABA, which controls motor movements and vision. Adding more GABA restored function, but the exact mechanism is still unclear.

NASA is also evaluating whether adding probiotics to space food to boost the digestive and immune systems of astronauts may help stave off the negative effects of microgravity.

In early days of space travel, one of the first challenges was figuring out how to overcome gravity so a rocket could break free of Earth’s pull. Now the challenge is how to offset the physiological effects of a lack of gravitational force, especially during long space flights.