A new ultra-deep X-ray image from Chandra X-ray Observatory has given astronomers their best look yet at the growth of black holes over billions of years, starting soon after the Big Bang. 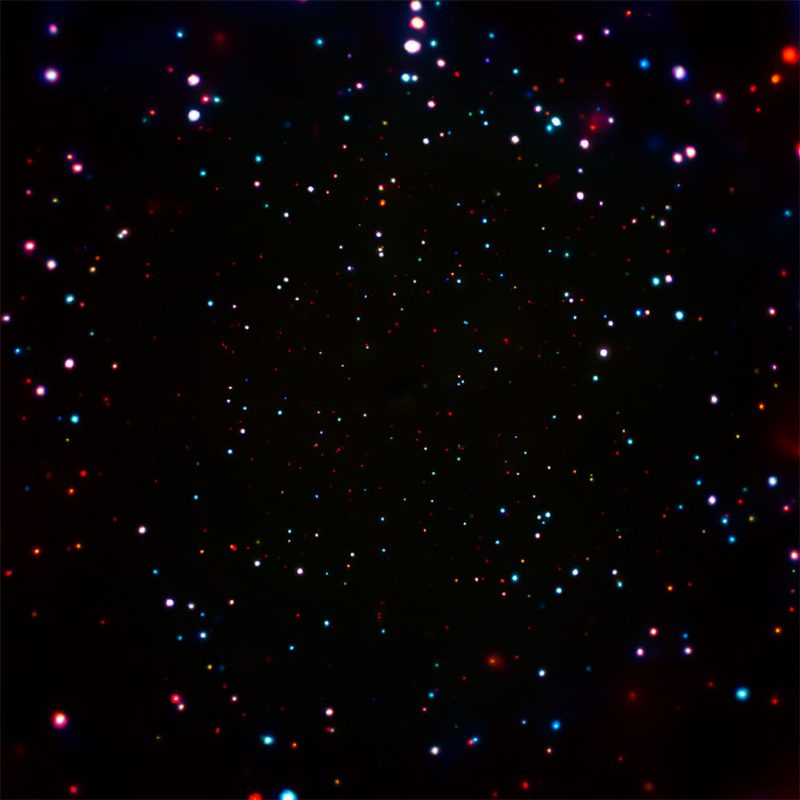 NASA’s Chandra X-ray Observatory stared in a single direction of space for about 7 million seconds, or 11 and a half weeks, in order to acquire what’s now the deepest X-ray image ever obtained. It comes from what’s known as the Chandra Deep Field-South. The central region of the image contains the highest concentration of supermassive black holes ever seen. On the scale of this image, about 5,000 black holes would fit into the area of the full moon. Over the entire sky, astronomers estimate a billion black holes. Some of them exist in a region of space corresponding to a time shortly after the Big Bang. The researchers presented their results on January 5, 2017 at the 229th meeting of the American Astronomical Society meeting in Grapevine, Texas.

Astronomer Niel Brandt of Penn State led the team of astronomers who studied this image. He said in a statement:

With this one amazing picture, we can explore the earliest days of black holes in the universe and see how they change over billions of years.

The image is remarkable in part because black holes in the very early universe can be tough to find. Plus, the astronomers said that about 70 percent of the objects in the new image are supermassive black holes; they may range in mass from about 100,000 to 10 billion times the mass of our sun. We can see them because they are pulling in matter from their surroundings. As the matter falls toward these holes’ event horizons, the point of no return, it produces X-ray emissions that can be detected by Chandra.

The astronomers say the new ultra-deep X-ray image will let them explore ideas about how supermassive black holes grew about one to two billion years after the Big Bang. They’ve already learned that these black holes in the early universe grow mostly in bursts, rather than via the slow accumulation of matter.

Read more about this image from Penn State University.

How are Chandra’s images made? Click here for X-ray Images 101

Bottom line: Chandra X-ray Observatory has obtained the deepest x-ray image ever, giving astronomers their best look yet at the growth of black holes in the early universe.