Why scientists want to find a pulsar orbiting a black hole

Discovering a pulsar orbiting a black hole is considered ‘an authentic holy grail’ for testing Einstein’s theory of gravity. 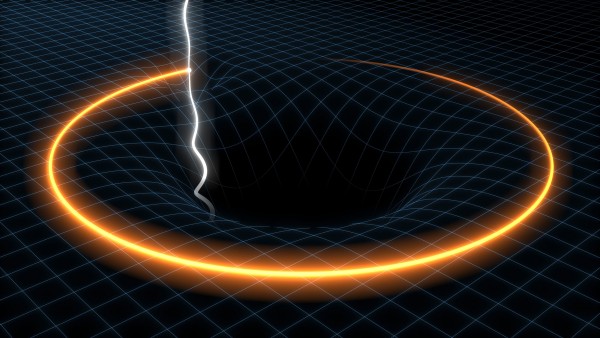 Pulsars are the most precise “clocks” in the known universe. The exceeding dense, fast-spinning neutron stars we know as pulsars emit signals with such clocklike regularity that scientists use them in tests of Einstein’s general theory of relativity. This is the theory that explains how gravity works. According to a December 4, 2014 news release from SINC, these tests of relativity work best in star systems where pulsars orbit with other pulsars or with white dwarfs. But what scientists really wish to find – in order to carry their tests of Einstein’s theory of gravity to the highest possible degree of precision – is a pulsar orbiting a black hole. And that has proven to be very rare.

It’s so rare, in fact, that some scientists now speak of a long-sought pulsar-black hole system as an authentic holy grail for examining gravity.

In 2013, astronomers identified a pulsar very near on the sky’s dome to Sagittarius A* (pronounced Sagittarius A star). They labeled the pulsar SGR J1745-2900. Sgr A*, in turn, is widely accepted to be a supermassive black hole at the center of our Milky Way galaxy. It contains enough mass to make 4 million stars like our sun, and the pulsar does appear to orbit it. It’s a neat discovery, therefore, but it’s not exactly what scientists who study gravity had hoped to find.

They had hoped – and still hope – to find a pulsar orbiting what’s called a stellar mass black hole, formed by the gravitational collapse of a single massive star. Stellar black holes have masses ranging from about 5 to several tens of times that of our sun.

That is all background for SINC’s December 4 news release, which describes two cases that might be even more effective for studying gravity than a pulsar orbiting a stellar black hole. Physicists Diego F. Torres of Spain and Manjari Bagchi, originally from India and now working as a postdoc in Spain, have recently published this new work in the Journal of Cosmology and Astroparticle Physics, and their work also received an Honorable Mention in the 2014 Essays of Gravitation prize.

You can read fairly technical descriptions of these two possibly-more-effective cases here.

For now, just be on the look-out for the announcement of a pulsar-black hole pair. Hopefully, one will be found soon, since X-ray and gamma ray space telescopes (such as Chandra, NuStar and Swift) have the identification of such a pair as one of their objectives, as do large radio telescopes that are currently being built, such as the enormous Square Kilometer Array (SKA) in Australia and South Africa.

Just know that scientists are still anxious to find such a pair. Black holes and pulsars living together! If at some point you hear they’ve found one – you can be sure a scientific version of mass hysteria will erupt around the world in labs and offices, wherever people have dedicated their careers to studying the finer details of Einstein’s theory of gravity.