The sky’s two brightest nighttime objects, in the east before dawn this morning.

There was a beautiful scene in the eastern sky this morning (July 24, 2014) for all who had clear skies. The waning crescent moon and Venus! These photos are just a sampling of those that came in from our friends at EarthSky Facebook. Thank you to all who posted. 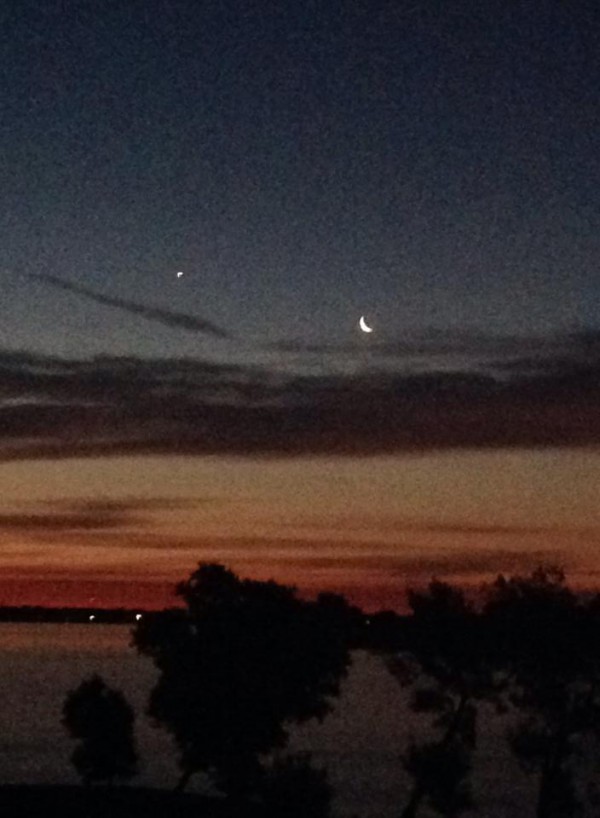 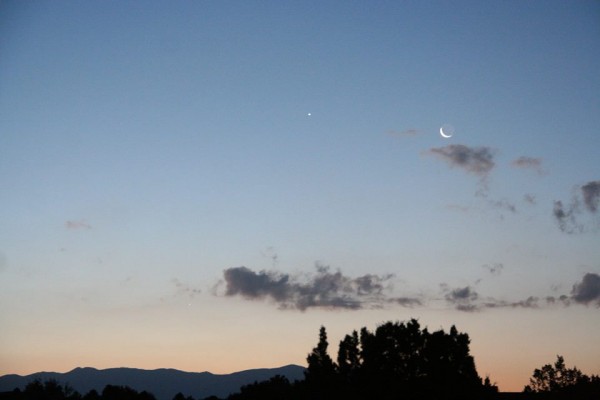 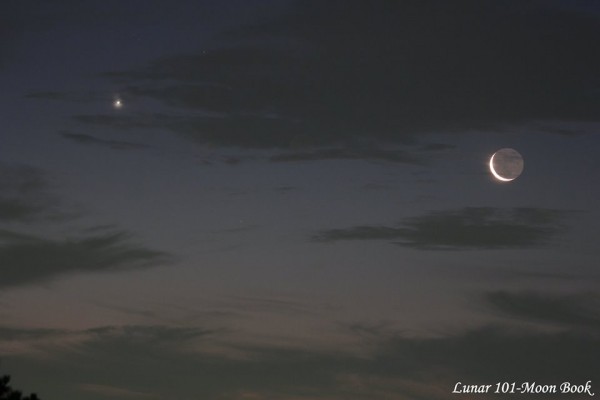 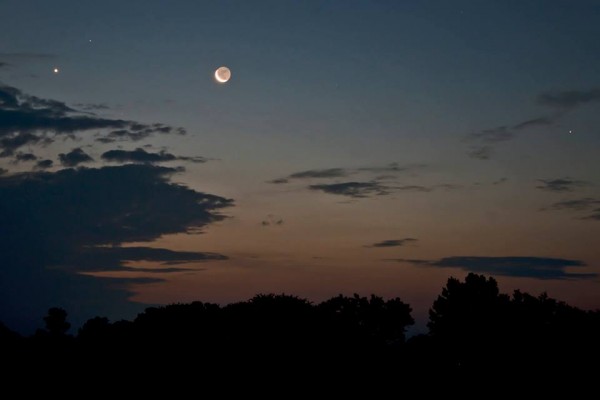 July 24 moon and Venus by Ken Christison in North Carolina. Thank you, Ken. 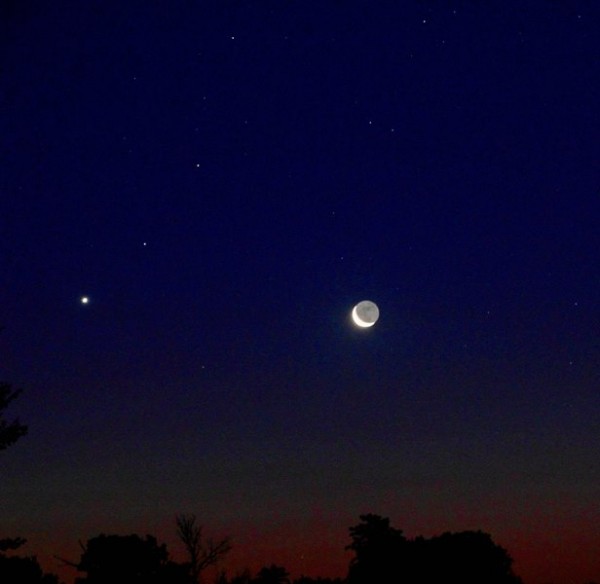 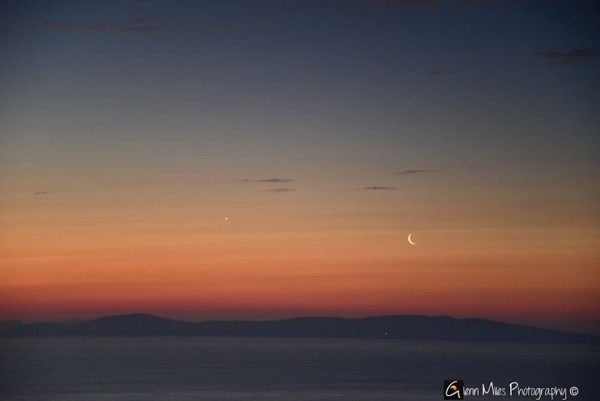 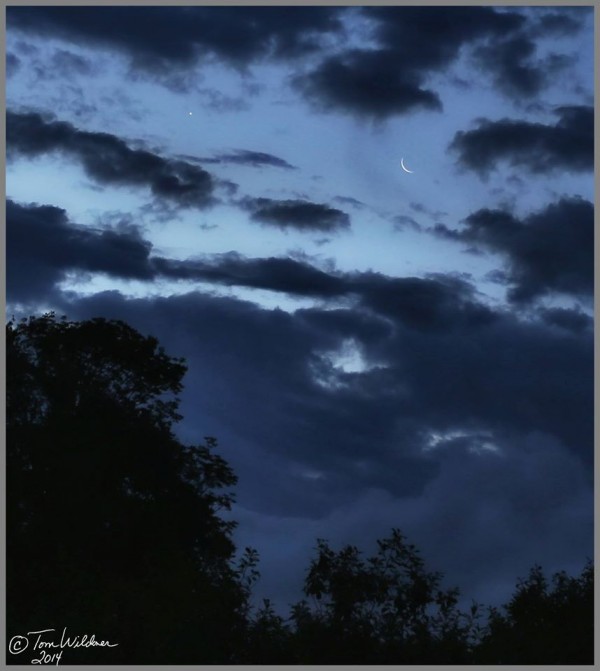 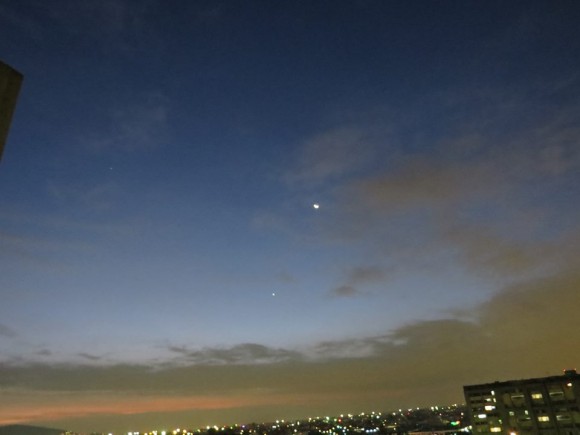 Here are the moon and Venus a day earlier, July 23. Notice the moon is above Venus in contrast to its position on July 24. Why did it move? Because the moon is moving in orbit around Earth. Photo by Jose Luis Vuendia Carrera in Mexico City. Thank you, Jose.

Bottom line: The moon and Venus on July 24, 2014. Beautiful photos of the sky’s two brightest nighttime object, in the east before dawn.