Astronomers say NGC 6744 – a beautiful spiral galaxy – is a twin to our home galaxy, the Milky Way. If so, we must have a similarly lovely home in space.

This faraway galaxy – called NGC 6744 – is a twin to our home Milky Way galaxy, astronomers say.

And this is said to be the best image yet of the MIlky Way’s twin, just released by astronomers at the European Southern Observatory in Chile.

NGC 6744 is a beautiful spiral galaxy. If it is indeed a twin to our Milky Way, we have a similarly lovely home in space.

We see NGC 6744 almost face-on. Astronomers say that – if we had the technology to escape the Milky Way and could look down on it from intergalactic space – the view of NGC 6744 is close to how our Milky Way would appear. Notice the striking spiral arms wrapping around a dense, elongated nucleus and a dusty disk. The dusty spiral arms are home to many glowing star-forming regions (seen in red) and give this Milky Way look-alike its striking spiral form.

Astronomers took these images of NGC 6744 with the Wide Field Imager attached to the MPG/ESO 2.2-meter telescope at ESO’s La Silla Observatory in Chile. They created the images of the Milky Way’s twin from exposures taken through four different filters that passed blue, yellow-green, and red light, and the glow coming from hydrogen gas. These are shown in this picture as blue, green, orange and red, respectively.

NGC 6744 lies about 30 million light-years away in the direction of the constellation of Pavo, the Peacock, which is a southern hemisphere constellation.

Astronomers say that one difference between NGC 6744 and the Milky Way is their size. While our galaxy is roughly 100,000 light-years across – so far across that a beam of light would require 100,000 years to travel from one end of our galaxy to the other – NGC 6744 is twice as big. It extends to almost 200,000 light-years. 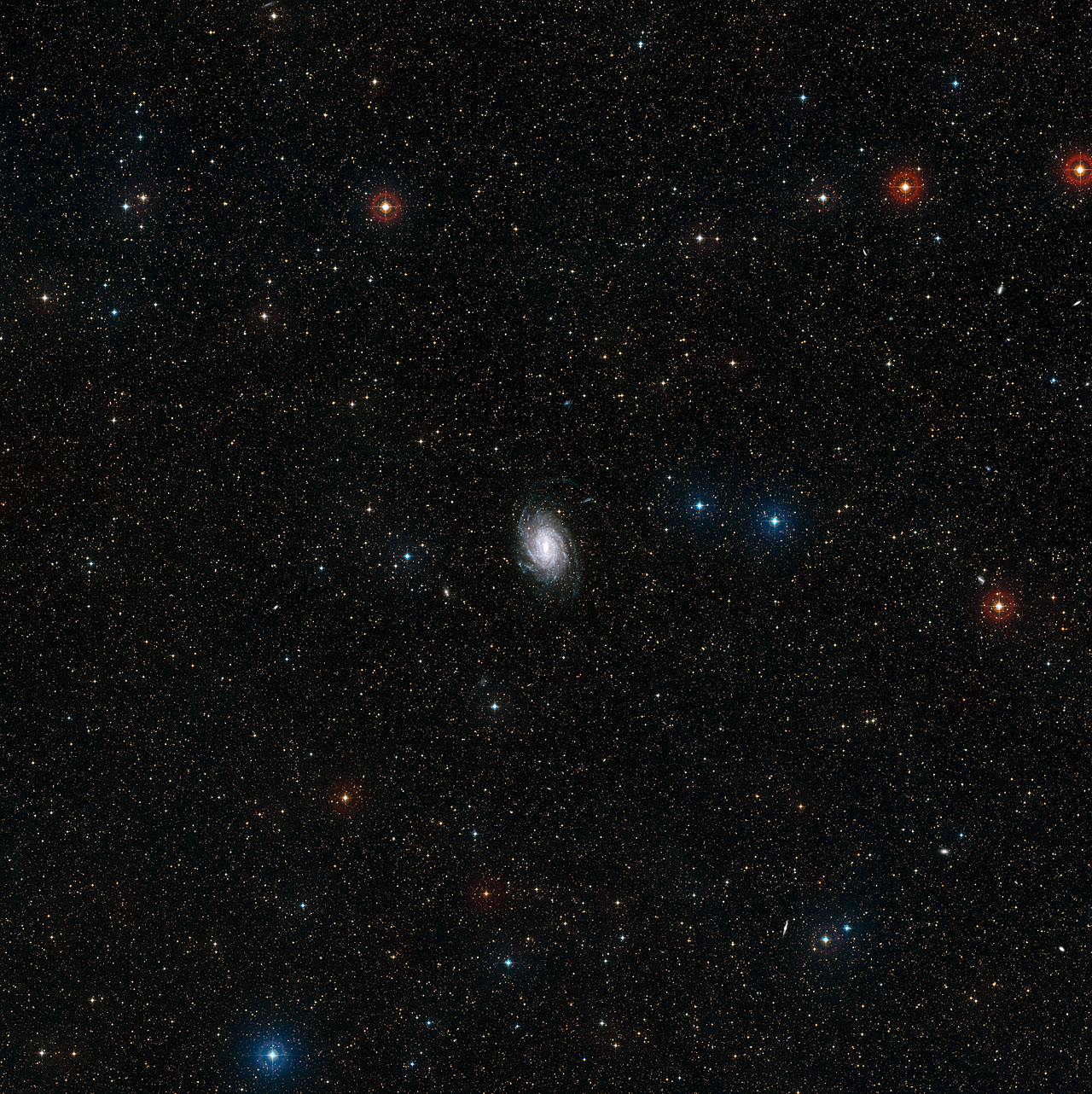 The image above is NGC 6744 again, this time in a widefield view. This dramatic object is one of the largest and nearest spiral galaxies. It has a brightness of about 60 billion suns.