The best time to see Mars for this two-year period is here! Check out this beautiful photo.

The best time to see Mars for this two-year period is here (read more about Mars now). This exceptional image of the moon and Mars was taken January 9, 2012. It’s overlooking the Barnegat Bay in Toms River, New Jersey – a self-portrait by Jack Fusco showing the moon and Red Planet above the Thomas Mathis Bridge. 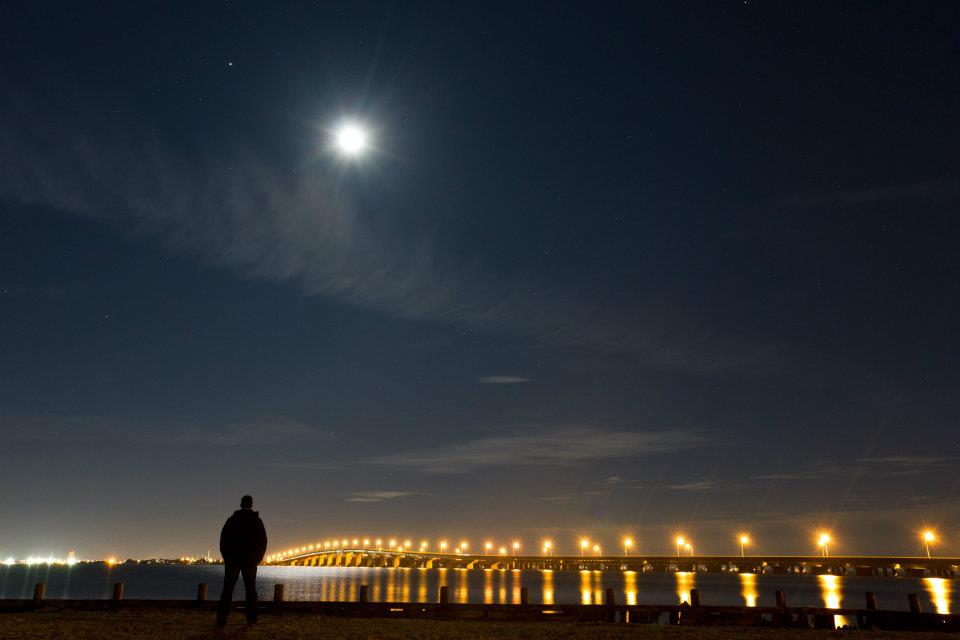 In this photo, Mars is the bright dot of light to the upper left of the moon. The expanded image shows it best. Be sure to click in to Jack Fusco Photography’s night sky area for more beautiful images. Jack is EarthSky’s friend on Facebook. Join us on Facebook.

Use moon to find Mars, now nearly at its best, on February 9