Here is the famous Orion Nebula, also known as Messier 42, captured using the Wide Field Imager on the 2.2-meter telescope at the La Silla Observatory in Chile. 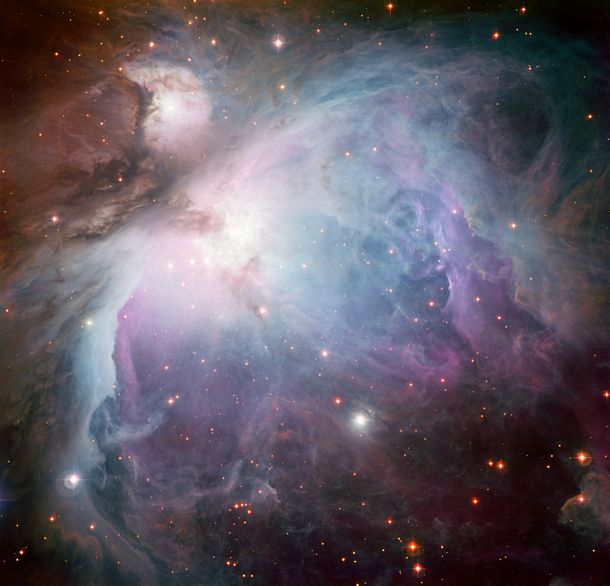 The data used for this image were selected by Igor Chekalin of Russia, who participated in ESO’s Hidden Treasures 2010 astrophotography competition. Igor’s composition of the Orion Nebula was the seventh highest ranked entry in the competition, although another of Igor’s images was the eventual overall winner. Read more about this image. See more of Chekalin’s original work.

The Orion Nebula is one of the best-known objects in the heavens for amateur skywatchers using binoculars or small telescopes. Even with the eye alone, in a dark sky, the Nebula can be glimpsed as a fuzzy patch in the “sword” of the constellation Orion, which is prominent in the evening sky at this time of year. The Orion Nebula is known to be a stellar nursery, a place where new stars are forming.

Orion the Hunter easy to spot in January night sky

Thank you! Your submission has been received!
Oops! Something went wrong while submitting the form.
END_OF_DOCUMENT_TOKEN_TO_BE_REPLACED