Listen to the sound of our galaxy rotating. The variation of musical pitches portrays the motion of gas as it orbits around the center of our galaxy.

Salvesen’s recently launched website, Astronomy Sound of the Month or AstroSoM, features different sounds produced from actual astronomy data, with an explanation by an astronomer. Salvesen said in a statement:

For his latest feature (above), Salvesen collaborated with University of Massachusetts astronomy professor Mark Heyer to turn complex data into visual and aural components that track the movement of gas through our galaxy. The resulting Milky Way Blues allow you to “hear” how our galaxy rotates.

For the composition, Heyer developed an algorithm that transforms astronomical data about galactic gases into musical notes. By assigning different tones and length of notes to the observed spectra of each gas phase, said Heyer, an astronomer can express a crucial feature of the galaxy that is missing in astronomical images – movement.

Heyer chose to compose this piece using a pentatonic scale – with five notes in the octave instead of seven – and in a minor key, because, he said:

When I heard the bass notes it sounded jazzy and blue.

I’ve been true to the data, I haven’t massaged it to make it sound nice, but by turning what we actually observe with a radio telescope into a musical scale it gives us familiar tones that sound surprisingly like music with which we’re familiar.

Here’s the explanation of the Milky Way Blues, from AstroSoM:

Radio telescopes observe different spectral emission lines to probe different phases of gas (atomic, molecular, ionized). Astronomers measure the Doppler shifts of these lines to determine gas velocities along the path that the telescope is pointing. To turn one of these observations into musical notes, the measured gas velocities are mapped to a pentatonic minor blues scale.

Each note and circle represents gas that is either coming toward Earth (high notes and blue color) or moving away from it (low notes and red color). Different gas phases are played by different instruments — acoustic bass (atomic), wood blocks (molecular), saxophone (ionized) and piano (molecular) — and are represented by different colored borders on the circles.

A line showing where the telescope was pointing represents each observation, and the positions of the circles along a line show the locations of the gas in the galaxy. The star symbol shows the location of the sun. The intensity of the emission coming from the gas is heard as longer note durations and shown as larger circles.

With every new measure, the lines swing around to new observations. Putting it all together, the variation of musical pitches heard in Milky Way Blues portrays the motion of gas as it orbits around the center of our galaxy.

Check out more pieces on the AstroSoM website, such as The Inner Solar System Plays Radiohead’s Saddest Song, or Never a Mundane Supernova in the Sky. Each post includes a short summary and links for more detailed explanations. 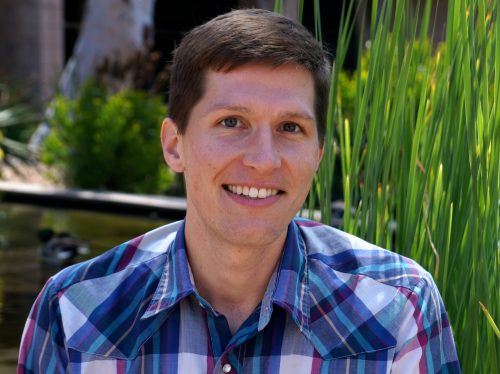