Success! Mystery star to be monitored

Astronomers have raised $100,000 via Kickstarter to observe KIC 8462852, or Tabby’s Star, sometimes called the most mysterious star in the universe. 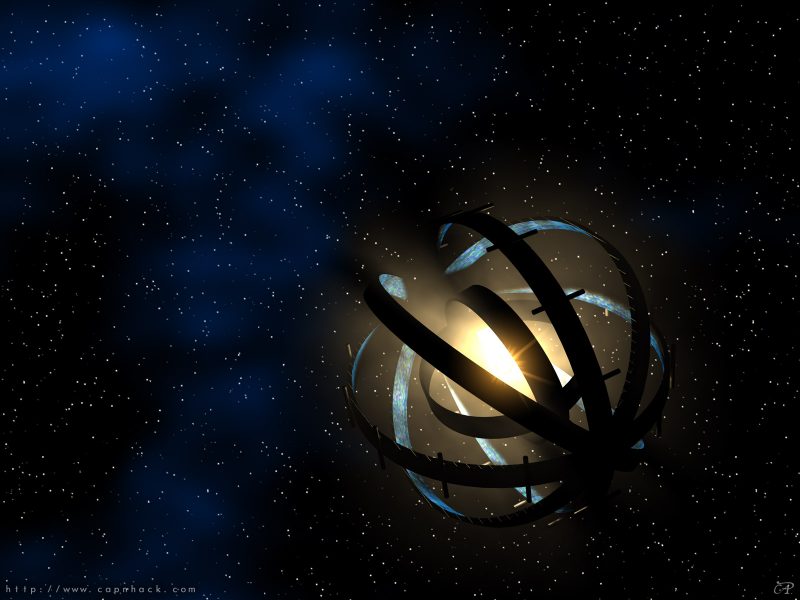 An artist’s concept of a Dyson sphere. Image via energyphysics.wikispaces.com.

Here’s something you might not realize about professional astronomical observations: they cost money. Telescope time at major professional observatories doesn’t run cheap. That’s why astronomers sounded so excited on June 16, 2016, when they announced the success of their ongoing Kickstarter campaign to raise $100,000 in order to conduct a year’s worth of continuous monitoring of a star officially called KIC 8462852, also known as Tabby’s Star for astronomer Tabetha Boyajian of Yale. Boyajian and her colleagues, and various others astronomers, think there’s a possibility (however remote) that this star might be surrounded by an alien megastructure in the process of being built – a Dyson sphere – created to harvest the star’s energy. Boyajian wrote on June 16:

Y’all are amazing! WE DID IT!

… Every single penny raised over the $100,000 goal will go to observing the star longer than the one year planned in the project’s description. In fact, the longer we can extend the observational monitoring of the star, better the chance we have at catching it when it dips, and catching it in a dip is critically important to understanding and characterizing what is happening in this system!

The astronomers’ plan is to purchase telescope time on many small telescopes around the world, in order to monitor of Tabby’s Star continuously over a year (or more, depending on whether they can raise more funds now).

The star’s strange fluctuations, or dips, were first noticed in citizen scientist observations in the Planet Hunters project, using data collected by the Kepler spacecraft. The star’s light dips profoundly, randomly, in a way that suggests something sometimes blocks it.

But what? Alien megastructures are just one possibility.

Want to know more about Tabby’s Star? It’s surely one of the most intriguing objects to come along in astronomy for some time. Check out the video below!

By the way, do the astronomers really believe that an alien megastructure surrounds this star?

Today, there is still no widely accepted theory to what is behind this star’s strange behavior.

At this point, it’s safe to say this: Something unknown appears to be going on with Tabby’s Star. If an alien megastructure, or Dyson sphere, isn’t the answer, then something else is the answer. It might even be something we’ve never considered about the physics of stars or … something else.

Thus the year-long observations of Tabby’s Star, made possible by all of you who contributed to the Kickstarter campaign, should reveal something interesting, and maybe new, in astronomy. 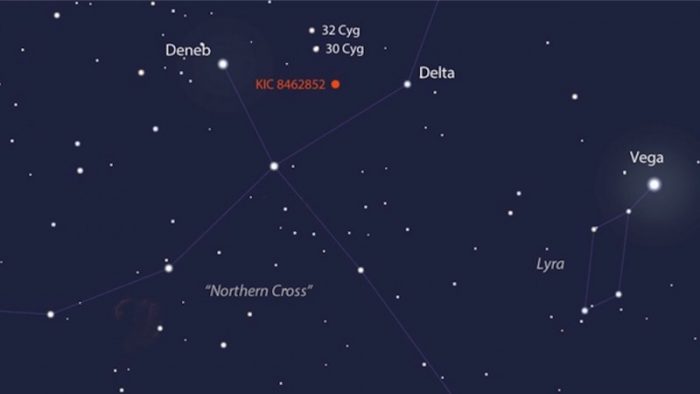 Finder chart for KIC 8462852, aka Tabby’s Star. It’s located in the direction to the constellation Cygnus, which is part of the famous Summer Triangle asterism, visible at this time of year. Image via Tabetha Boyajian.

Bottom line: Astronomers have raised $100,000 via Kickstarter to conduct year-long, continuous observations of KIC 8462852, or Tabby’s Star, the mysterious star that might be surrounded by an alien megastructure, or Dyson sphere.