They’ve confirmed for the 1st time that this newly formed planet – labeled PDS 70b – is still gathering material from the dust and gas around its star. They’re literally watching this new world develop and grow. 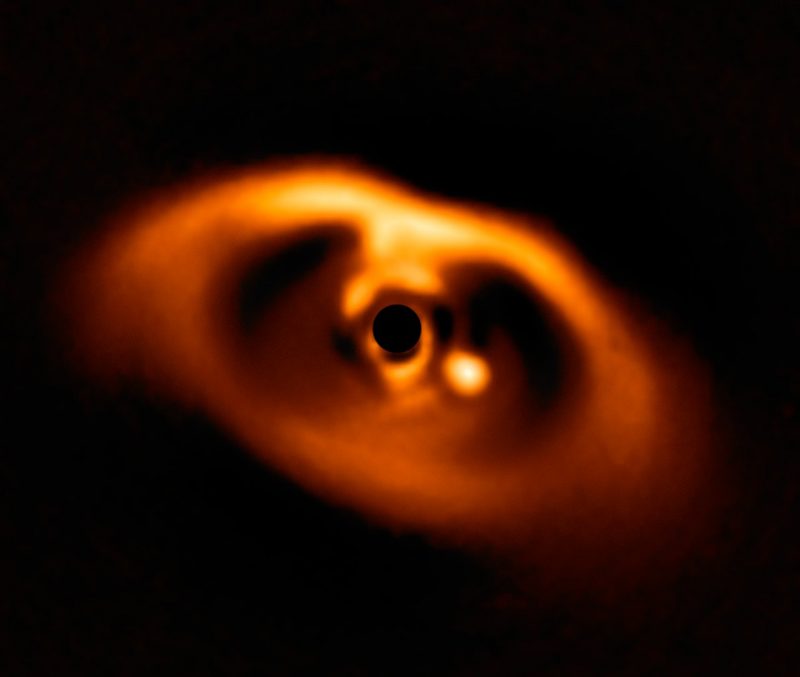 Actual image of young star PDS 70 by SPHERE, a planet-hunting instrument on ESO’s Very Large Telescope. The newly-forming baby planet – labeled PDS 70b – can be seen as the bright spot inside the gap in the surrounding disk of dust and gas. Image via ESO/A. Müller et al/AASnova.

For the first time, astronomers have caught a baby planet in the process of growing. This isn’t just a newly developing planet, located in a gap in a star’s disk of primordial dust and gas. That’s been done before. This is direct evidence that such a planet is still gathering material from the star’s surrounding disk, and thus that it’s growing larger. The results were just published in a new peer-reviewed paper in The Astrophysical Journal Letters.

Such young worlds have been found before, but now scientists can confirm that this one, a gas giant world called PDS 70b, is actively accumulating material from the circumstellar disk in which it resides.

Last month, astronomers announced that PDS 70b was the first newly forming planet to ever be directly imaged. The planet orbits the relatively young, 10-million-year-old orange dwarf star called PDS 70. This star and its planet are 370 light-years from Earth. The planet can be seen within a gap in the star’s circumstellar disk.

Such gaps have been seen many time in recent years. They are direct evidence that astronomers’ theories about star- and planet-formation are correct, and that material in a disk of dust and gas surrounding a star is starting to form into planets, leaving a gap or gaps in the disk as the planets’ own gravities begin to sweep up rocky debris.

But seeing the actual forming planets themselves has been difficult, at least until recently. According to Miriam Keppler, who led the team behind the discovery of PDS 70b:

These disks around young stars are the birthplaces of planets, but so far only a handful of observations have detected hints of baby planets in them. The problem is that until now, most of these planet candidates could just have been features in the disc.

New MagAO Ha observations of PDS 70, showing the planet as a bright source within the circumstellar disk (top panel). The bottom panel is a schematic false-color diagram of PDS 70 assembled from the Ha image of the planet (red) and the infrared image (blue) of the thermal emission of the planet and starlight scattered by the disk. Image via Wagner et al. 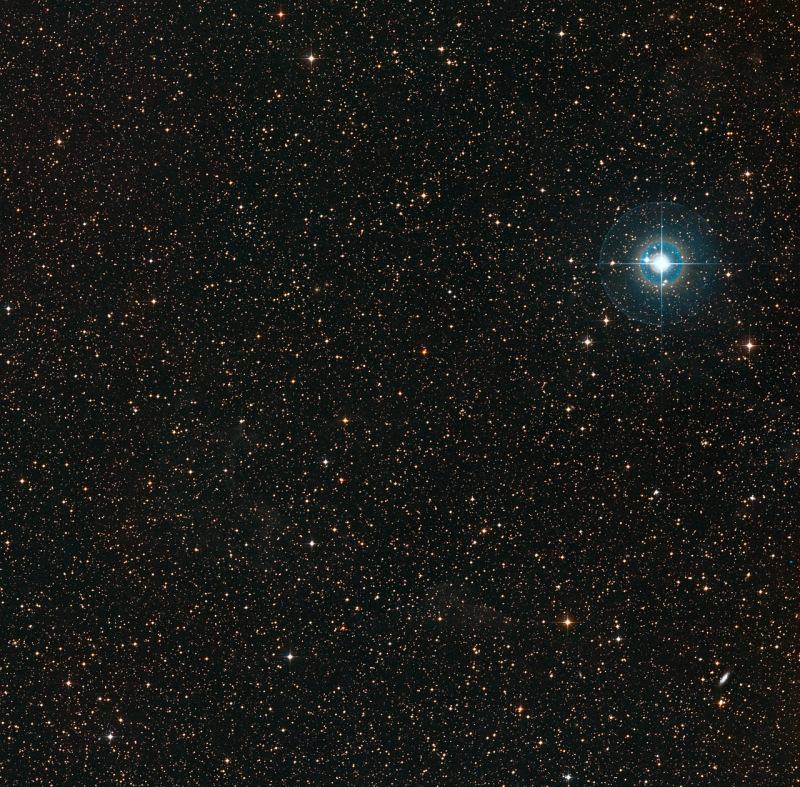 As André Müller, leader of the second team to investigate the young planet also noted:

Kepler’s results give us a new window onto the complex and poorly-understood early stages of planetary evolution. We needed to observe a planet in a young star’s disc to really understand the processes behind planet formation.

PDS 70b, even as a baby planet, is larger than our solar system’s biggest planet, Jupiter. It has a surface temperature about 1,832 degrees Fahrenheit (1,000 degrees Celsius) and is thought to have a very cloudy atmosphere.

So how did astronomers verify that PDS 70b is actually accreting material and growing larger? The team, led by Kevin Wagner at the University of Arizona, Amherst College, NExSS and Earths in Other Solar Systems, used the adaptive optics system on the 6.5-m Magellan Clay Telescope in Chile to image the PDS 70 system in Ha (656 nm) and other nearby continuum wavelengths. If they found an Ha emission at the location of the planet, that would be evidence for shocked, hot, infalling hydrogen gas – showing the the planet is still accreting material. And sure enough they did, on two sequential nights last May — and this was a signal that has less than a 0.1 percent probability of being a false positive. 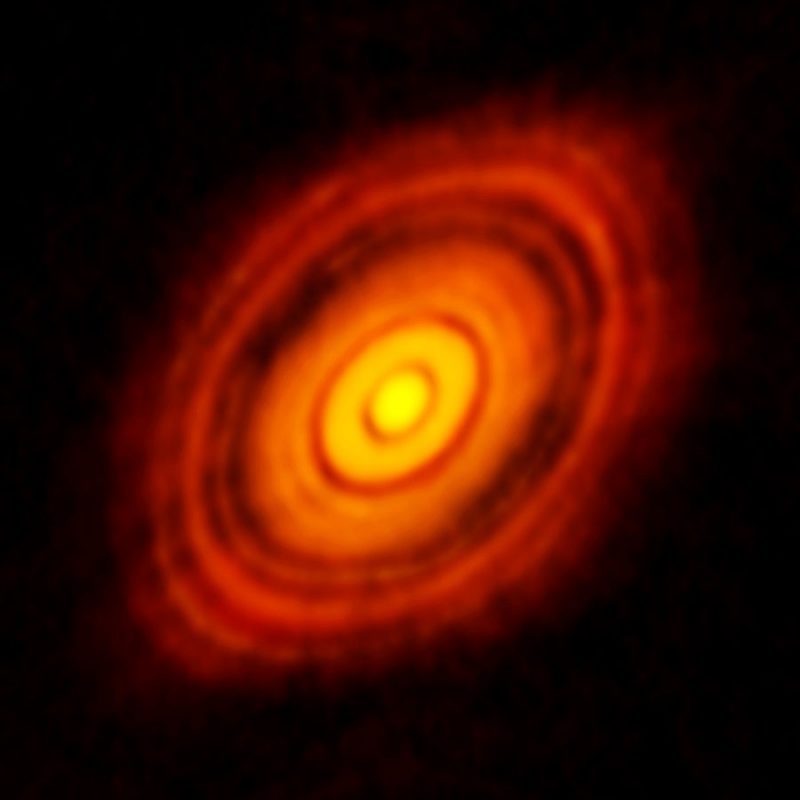 ALMA image of the circumstellar disk surrounding the star HL Tauri. Gaps in the disk are regions that have been cleared of debris by developing planets. Image via ALMA/ESO/NAOJ/NRAO.

Measurements taken of PDS 70b indicated that it is growing at a rate of 10^-8±1 Jupiter masses per year; it is estimated that PDS 70b probably accreted mass at a much higher rate when it was even younger, and has already acquired more than 90 percent of its final mass. In other words, the planet is currently about 90 percent finished growing.

Bottom line: PDS 70b is the first newly-formed planet confirmed by astronomers to be actively accreting material from the circumstellar disk surrounding its star. This discovery provides valuable insights into how planets form and develop in other solar systems.