Why so few galaxies in this distant region of space?

Galaxies aren’t evenly distributed throughout the universe. But even so, this large region of space has far fewer galaxies than astronomers expected. 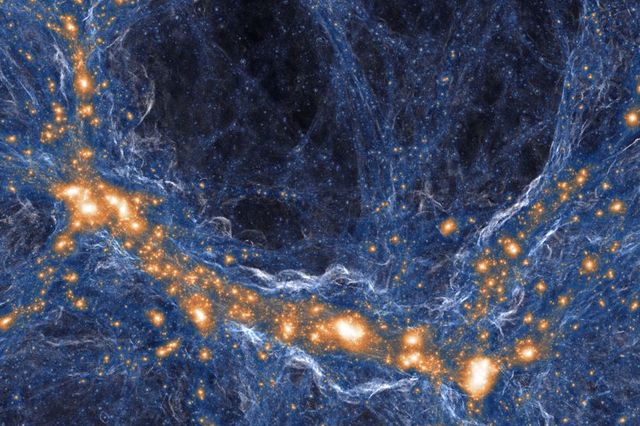 Computer simulation of the distribution of matter in the universe. Orange regions contain galaxies, while blue structures are gas and dark matter. Astronomers have found that a large region of space contains far fewer galaxies than previously thought. Image via TNG Collaboration.

Just as a typical galaxy contains billions of stars, there are also billions of galaxies in the universe overall. Those galaxies are not evenly distributed, however, and astronomers have found a large region of space that has far fewer galaxies than expected. As outlined in a new peer-reviewed paper published in The Astrophysical Journal on August 14, 2018, researchers can now use that information to better understand how the early universe, and the first galaxies, formed.

In the early universe, about 12 billion years ago, gas pervading the otherwise empty space was, on average, more opaque than it is now. There was some variation from place to place, however. Astronomers were not sure why, but now they think they are starting to learn how that occurred. 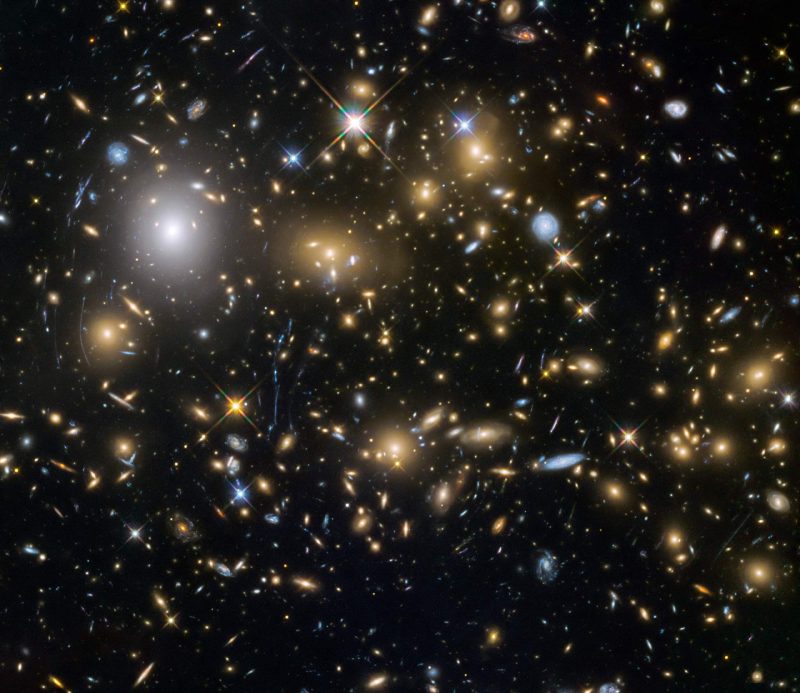 Image from the NASA/ESA Hubble Space Telescope showing some of the faintest and earliest known galaxies in the universe. The new findings will help astronomers better understand how the earliest galaxies formed. Image via NASA/ESA/HST Frontier Fields Team/STScI.

Astronomers from the University of California used the large Subaru telescope on Mauna Kea in Hawaii to make detailed observations of a large region of space – 500 million light-years across – where intergalactic gas is extremely opaque. The objective was to search for galaxies containing very young stars; if they found a smaller number of galaxies than expected, that would mean the starlight from those stars could not penetrate through the gas as much as previously thought. It would also indicate that there was less light created by those galaxies, and that more opaque gas was being formed, so the light could not travel as far as astronomers thought it would. But if they found more galaxies than expected, that would suggest that the region had cooled significantly over several hundred million years. As noted by Steven Furlanetto, a UCLA professor of astronomy and a co-author of the new paper:

It was a rare case in astronomy where two competing models, both of which were compelling in their own way, offered precisely opposite predictions, and we were lucky that those predictions were testable. 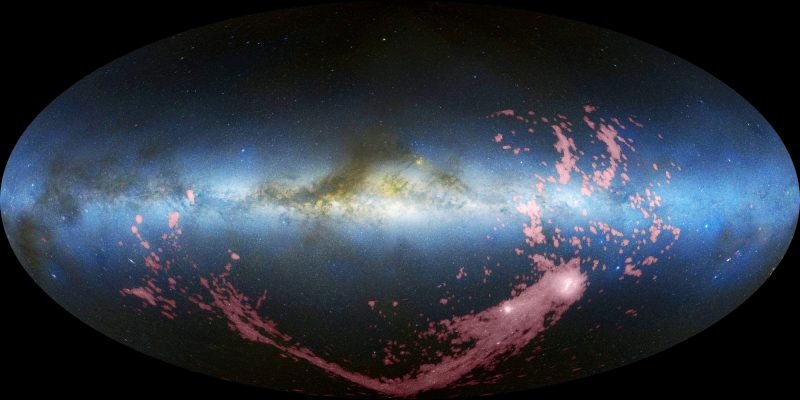 Combined radio/optical image showing the Magellanic Stream of gas in the Milky Way galaxy (bottom part of image). Early on in the universe, such gas was more opaque on average than it is now. Image via Nidever, et al., NRAO/AUI/NSF/Meilinger/Leiden-Argentine-Bonn Survey/Parkes Observatory/Westerbork Observatory/Arecibo Observatory.

Interestingly, it appears that the lack of galaxies in this region is why it is so opaque, instead of the opacity being the reason astronomers see fewer galaxies. As Furlanetto said:

It is not that the opacity is a cause of the lack of galaxies. Instead, it’s the other way around.

But how? The astronomers think that since the gas in deep space is kept transparent by ultraviolet light from galaxies, having fewer nearby galaxies would make it more opaque. They also suggest that during the first billion years or so after the Big Bang, the intergalactic gas in between galaxies was kept transparent by ultraviolet light from the earliest galaxies. That process occurred earlier in regions with more galaxies.

It should be pointed out that even regions of the universe which have fewer galaxies than others, still actually have many. A good example is in this recent post on EarthSky, showing a region around the north galactic pole. Every tiny dot you see is an individual galaxy. Each of the dots represents “heat” emanating from dust grains lying between the stars of each galaxy, according to ESA. It has taken billions of years for that radiation to reach Earth. 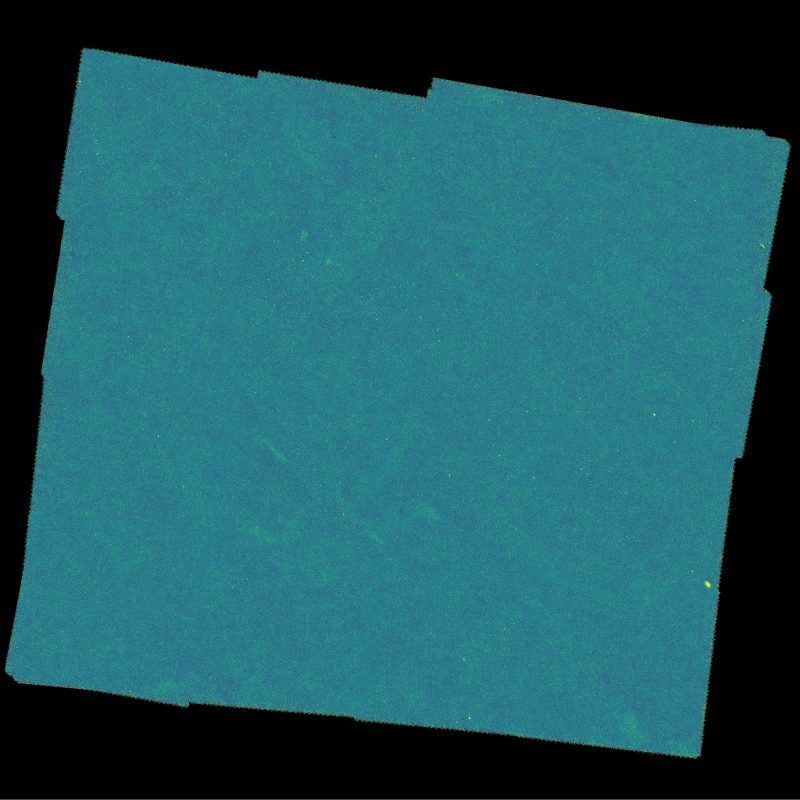 Region of space around the north galactic pole. Every point of light is an individual galaxy. Image via ESA/Herschel/SPIRE; M. W. L. Smith et al. 2017.

As noted by ESA:

The north galactic pole lies far from the cluttered disc of the Milky Way, and offers a clean, clear view of the distant universe beyond our home galaxy. In the sky, it is located somewhere in the northern constellation of Coma Berenices (Berenice’s Hair), a region that also contains an especially rich galaxy cluster known as the Coma Cluster. Serendipitously, the Coma Cluster is included in this map, adding over 1,000 points of light to the tally of individual galaxies.

Bottom line: Astronomers have found that a large region of the universe has far fewer galaxies than thought. This can help them better understand conditions in the early universe, the interplay of galaxies and dust in deep space and how the first galaxies formed.

Source: Evidence for Large-scale Fluctuations in the Metagalactic Ionizing Background Near Redshift Six

Via The Astrophysical Journal