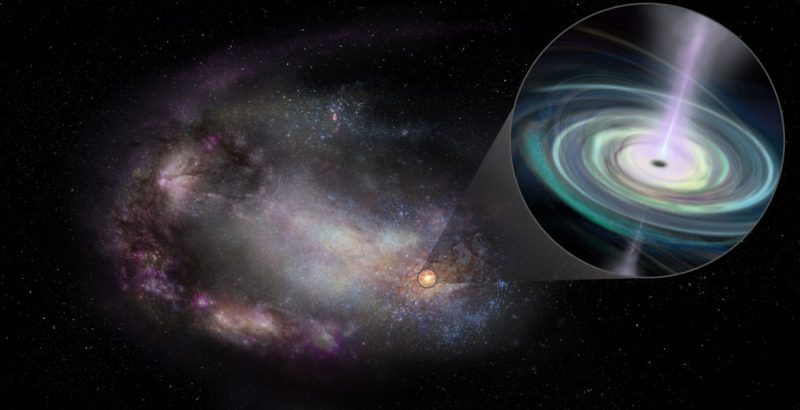 Artist’s concept of a dwarf galaxy, its shape distorted, most likely by a past interaction with another galaxy, and a massive black hole in its outskirts (bright spot, far right). Image via Sophia Dagnello/ NRAO/ AUI/ NSF.

It’s an amazing aspect of our knowledge of the modern universe that – everywhere we look – large galaxies have supermassive black holes at their centers. Now a team of astronomers has spotted 13 massive black holes in dwarf galaxies, located less than a billion light-years from Earth. All 13 galaxies are more than 100 times less massive than our own Milky Way. That makes them among the smallest galaxies known to host massive black holes. The astronomers announced the discovery at the American Astronomical Society’s recent meeting in Honolulu, Hawaii (January 4-8, 2020).

The astronomers estimate that the black holes in these smaller galaxies average about 400,000 times the mass of our sun. That’s in contrast to the supermassive black hole at our galaxy’s center, which is about 4 million times the sun’s mass.

Amy Reines of Montana State University led the new study, which was published January 3 in the peer-reviewed Astrophysical Journal. She said in a statement:

The new … observations revealed that 13 of these galaxies have strong evidence for a massive black hole that is actively consuming surrounding material.

We were very surprised to find that, in roughly half of those 13 galaxies, the black hole is not at the center of the galaxy, unlike the case in larger galaxies. 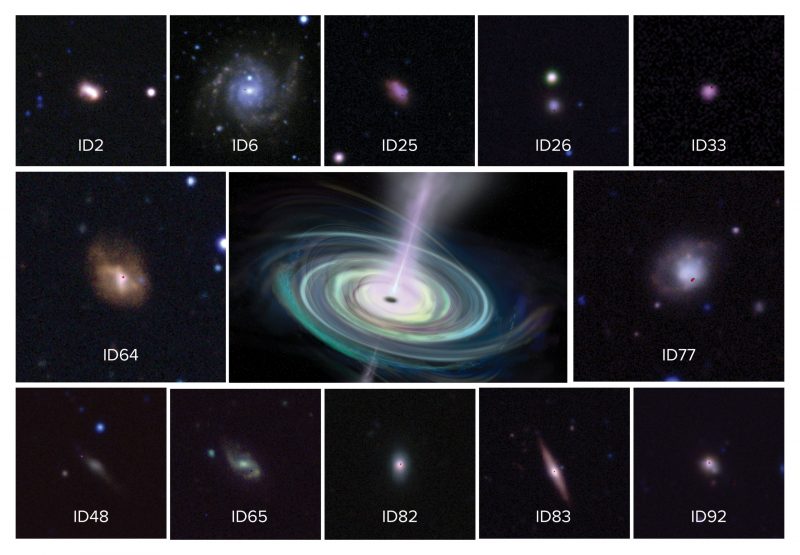 Visible-light images of dwarf galaxies now shown to have massive black holes. Center illustration is an artist’s concept of the rotating disk of material falling into such a black hole, and the jets of material propelled outward. Image via Sophia Dagnello/ NRAO/ AUI/ NSF/ DECaLS survey/ CTIO.

The astronomers used the Karl G. Jansky Very Large Array (VLA) – on the Plains of San Agustin in central New Mexico – to make the discovery.

They said their finding suggests that these dwarf galaxies likely merged with other galaxies earlier in their history. The theory is consistent with computer simulations predicting that roughly half of the massive black holes in dwarf galaxies will be found wandering in the outskirts of their galaxies. Reines said:

We hope that studying them and their galaxies will give us insights into how similar black holes in the early universe formed and then grew, through galactic mergers over billions of years, producing the supermassive black holes we see in larger galaxies today, with masses of many millions or billions of times that of the sun.

Read more about how the astronomers made the discovery 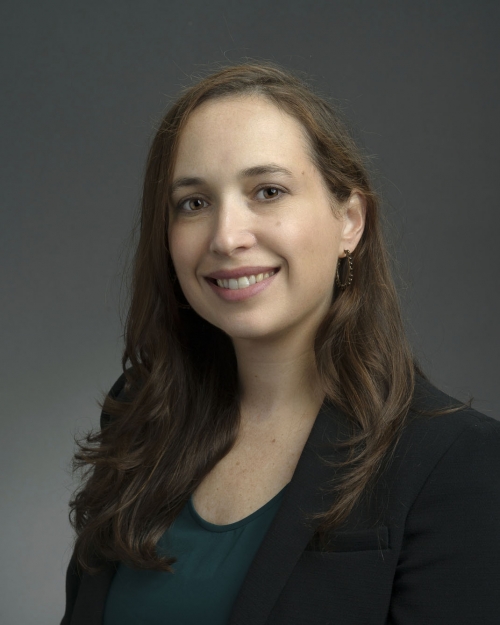 Bottom line: Astronomers discovered 13 massive black holes in dwarf galaxies. Roughly half of them are not in their galaxy’s center, but instead “wandering” elsewhere in the galaxy.