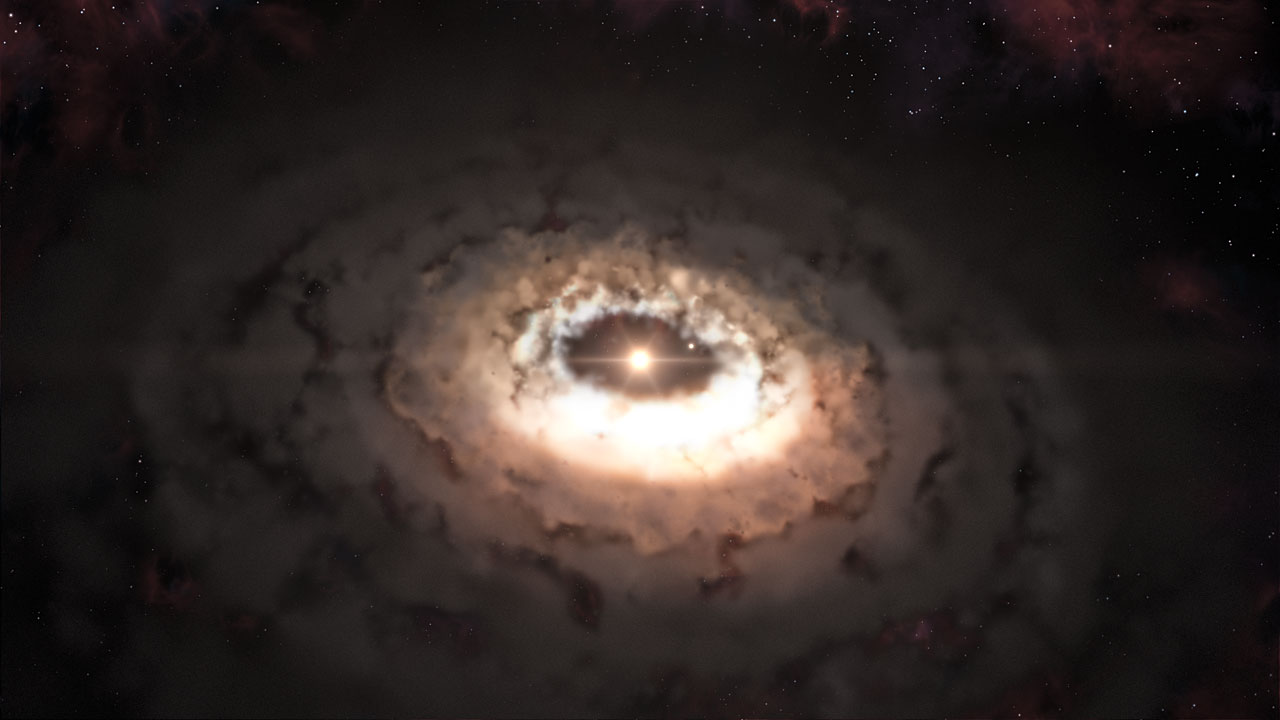 This artist’s impression shows the dust trap in the system Oph-IRS 48. The dust trap provides a safe haven for the tiny rocks in the disc, allowing them to clump together and grow to sizes that allow them to survive on their own.

Thank you! Your submission has been received!
Oops! Something went wrong while submitting the form.
END_OF_DOCUMENT_TOKEN_TO_BE_REPLACED