An unknown disaster seems to have befallen the Japanese satellite that launched in February. Why X-ray astronomers are anxious for good news. 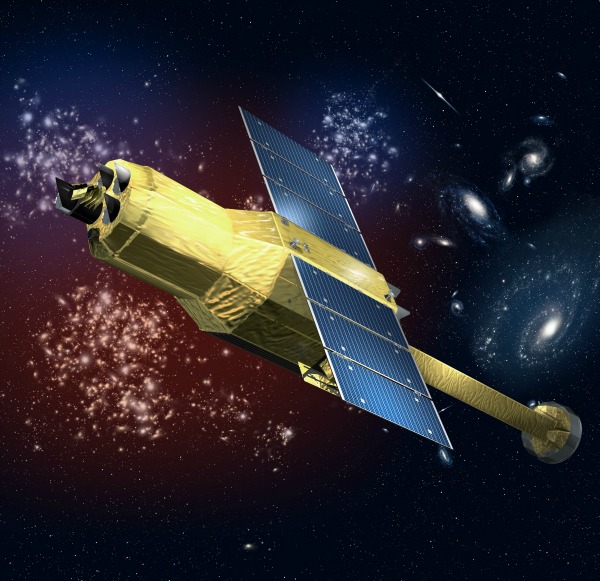 On February 16, 2016 the Japanese Space Agency (JAXA) successfully launched the ASTRO-H satellite from Tanegashima Space Center in Japan. The space telescope named Hitomi – “pupil” in Japanese – carried with it the hopes and dreams of astrophysicists from around the world.

Hitomi carried a number of scientific instruments, but the most revolutionary was a device called an X-ray microcalorimeter. Astrophysicists around the world were waiting with excitement for the first observations with this instrument, which was designed to see things like the million-degree gas sloshing around galaxy clusters stirred by relativistic jets from supermassive black holes.

But before anyone could see those first data from Hitomi, a possibly fatal misfortune struck. On March 26, while the spacecraft was executing its first test observations in orbit, JAXA lost contact. The U.S. Joint Space Operation Center detected five pieces of debris in the area and Hitomi’s orbit suddenly changed.

What happened? We don’t know. It’s possible that a piece of space junk, or perhaps a micrometeorite, hit the spacecraft. Or maybe an onboard piece of equipment – a battery, a piece of scientific payload – failed and exploded. Signs point to the latter, since the spacecraft appears to be rapidly spinning. If an explosion caused a leak allowing, say, coolant to escape, this would spin up the spacecraft. 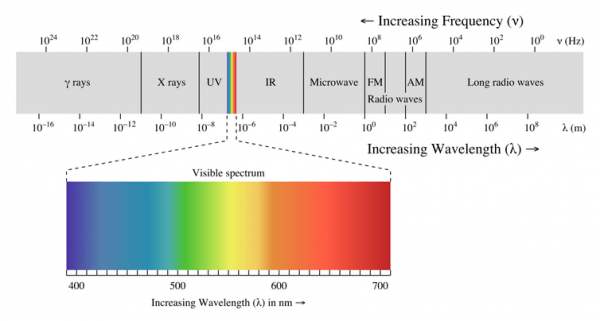 Astronomers use all sorts of electromagnetic radiation to learn about the universe – but X-ray spectra remain elusive. Image credit: Philip Ronan

Astronomers use the electromagnetic spectrum – including visible or infrared light – to study stars, planets, galaxies and the universe as a whole. They have long used prisms and grisms to split the light into its components. Rather than just taking images, this spectroscopy allows astrophysicists to study the composition of objects in space and the conditions of the material that is emitting the light, including whether and how it moves around. Optical spectroscopy, for example, lets astronomers see how the stars in a galaxy move around and how old they are.

X-rays are near the far end of the eletromagnetic spectrum beyond the farthest ultraviolet, but not as far as Gamma rays.

Thanks to our atmosphere, X-rays from space don’t reach us at the Earth’s surface. That’s actually good news, since we’d all be in trouble: being constantly bombarded by X-rays leads to DNA damage, cancer and worse. But this also means we need to go to space to see X-rays from the cosmos. Astrophysicists have long wanted to put an X-ray high-resolution spectrograph into space – but the goal has so far remained elusive. 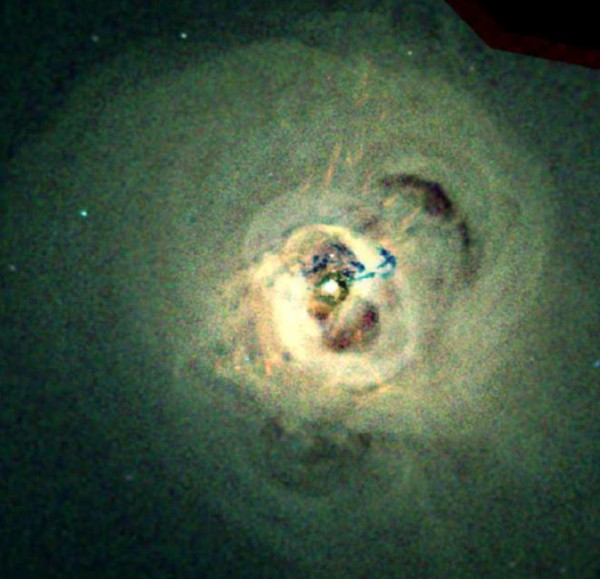 Perseus cluster of galaxies as seen by the Chandra X-ray Observatory. The X-rays come from million-degree gases around the galaxy cluster. Giant bubbles and cavities show where the supermassive black hole blasted energy into the gas. Image credit: NASA/CXC/IoA/A.Fabian et al.

X-ray astronomy got its start in the 1950s and ‘60’s with the first X-ray telescopes being launched on sounding rockets and balloons. Space telescopes followed, and with these, astronomers could take X-ray images or low-resolution spectra and made amazing discovery after discovery: the first black hole in our Milky Way galaxy; clusters of galaxies bathed in the glow of million-degree gas; all the way to a mysterious X-ray “background.” Soon after its launch in 1999, the Chandra X-ray Observatory finally resolved that X-ray background into a multitude of growing supermassive black holes in the early universe.

But the history of X-ray spectroscopic measurements in space is somewhat star-crossed. Before Hitomi was ASTRO-EII, known as Suzaku. Suzaku carried an X-ray microcalorimeter, but just a few weeks after launch, the instrument’s cooling system suffered a series of failures and lost all its coolant. Before that came ASTRO-E, which was lost during launch in 2000 when its M-V-4 rocket failed. And before that, NASA planned to fly an X-ray microcalorimeter on a mission called AXAF-S, which got canceled.

Visions of the hot and energetic universe

With a true high-resolution X-ray spectrograph in space we could finally see so much: we could see the motion, the ebb and flow, of million-degree gas sloshing around galaxy clusters as the supermassive black hole in the galaxy at the center of the cluster shoots unimaginable amounts of energy into it with its relativistic jets. We could watch the final gasps of matter as it falls into a feeding quasar, and see the distortion of spacetime itself due to Einstein’s general relativity. We could search for the “missing matter” which we believe must lurk in the vicinity of galaxies. 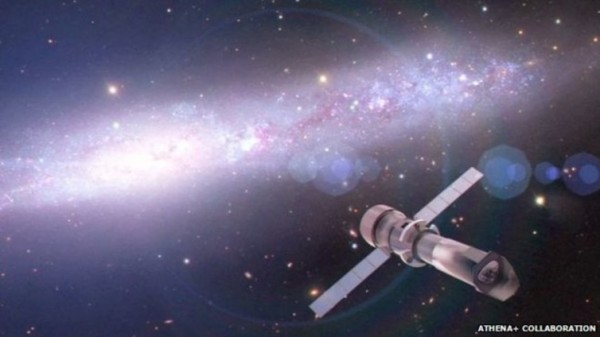 The next chance to fly such an instrument isn’t for a while. Astronomers can next pin their hopes on the ATHENA satellite, which the European Space Agency has selected as a flagship large-class mission. ATHENA will carry two X-ray instruments, a Wide Field Imager for taking large X-ray images of the sky, and a true X-ray calorimeter which will let us do high-resolution X-ray spectroscopy.

But ATHENA is currently not slated to launch until 2028, and no spacecraft has ever launched on time.

In space, no one can hear you ping

There is still hope for Hitomi: it may be only “mostly dead,” On March 30, JAXA received two pings from the damaged satellite. This means that at least some onboard systems were still running. Perhaps over a few months, Hitomi can be recovered and still do science.

JAXA has an incredible record in saving troubled spacecraft: they lost and reestablished contact with Hayabusa as it was trying to land on an asteroid, and when Akatsuki failed to enter its planned orbit around Venus, JAXA spent five years flying it through the solar system for a second, successful attempt.

The good news is that before its troubles, Hitomi did take some observations and sent them back to Earth… enough to amaze astrophysicists, but far too little to answer all the questions we have.