Asteroid 2017 BX – found just days ago – is maybe about as big as a house. It passed safely Tuesday night or Wednesday, depending on your time zone.

… Rerun in honor of the beloved, late actor Fred Berry. 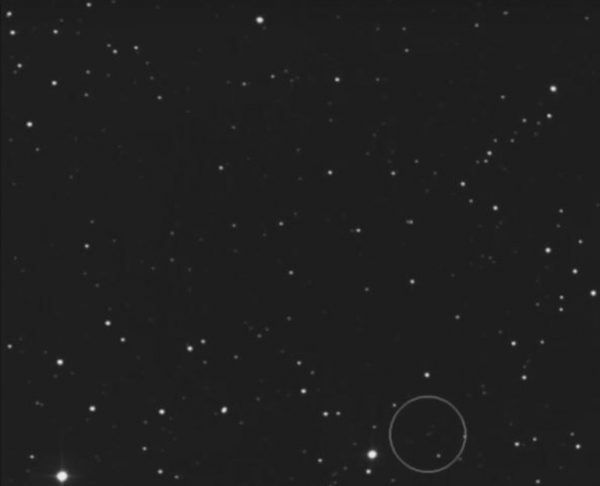 The faint smudge in the circle is asteroid 2017 BX, captured via the Slooh as it passed between the Earth and moon in late January, 2017. Video screenshot by Eric Mack/ CNET.

This is the second time in just three weeks that a small asteroid passed between our Earth and moon.

The asteroid’s estimated size is between 13 and 46 feet (4 and 14 meters). It’s Apollo-class asteroid, that is, an asteroid with an orbit that crosses Earth’s orbit.

The next time this object will close to Earth will be on January 12, 2070, when it’ll pass 37.9 lunar distances away. 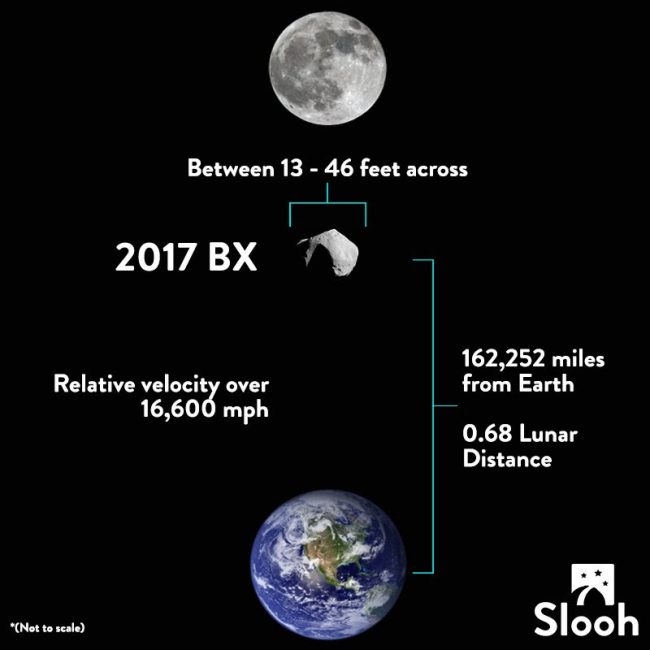 Bottom line: Asteroid 2017 BX – found just days ago – passed between the Earth and moon Tuesday night or Wednesday according to your time zone. Closest approach was 11:45 ET on January 24, 2017 (04:45 UTC for January 25; translate to your time zone).