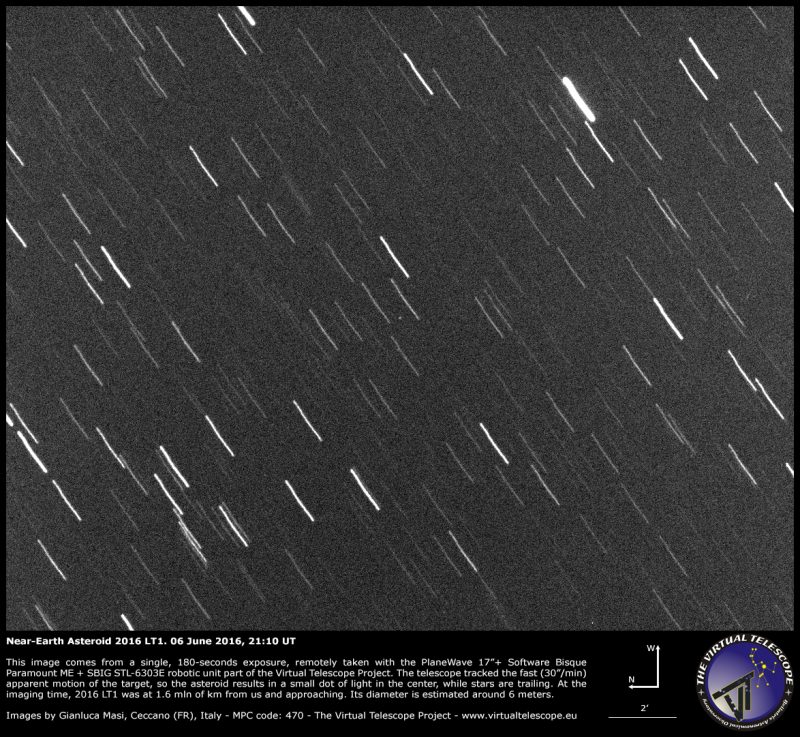 If you’re in North America, it’ll be mid-afternoon today (June 7, 2016) when a small asteroid labeled 2016 LT1 has its extremely close pass near the Earth, reaching a minimum distance inside the moon’s orbit. According to Gianluca Masi of the Virtual Telescope project, who captured the image above last night, the asteroid will pass only about 100,000 miles (153,000 km, 0.4 times the mean distance of the moon). It’s about 20 feet (6 meters) wide and will pass at 20:25 UTC, or 3:35 p.m. CDT (translate to your timezone here). Gianluca said:

This is a largely safe encounter.

The Panoramic Survey Telescope and Rapid Response System (Pan-STARRS) survey in Hawaii – which captures many comets and asteroids nowadays – discovered 2016 LT1 on June 4, 2016.

Gianluca commented at this site:

The image above is a single 180-seconds exposure, remotely taken with PlaneWave 17″+Paramount ME+SBIG STL-6303E robotic unit part of the Virtual Telescope. The robotic mount tracked the fast (30″/minute) apparent motion of the asteroid, so stars are trailing, while the asteroid is perfectly tracked (the minor planet is the sharp dot in the center). At the imaging time, the object was at about magnitude 18.0 and at about 1.6 million km [1 million miles] from our planet and approaching.

This approach is coming on the eve of the Asteroid Day international event, when the Virtual Telescope will offer a lot of online activities. 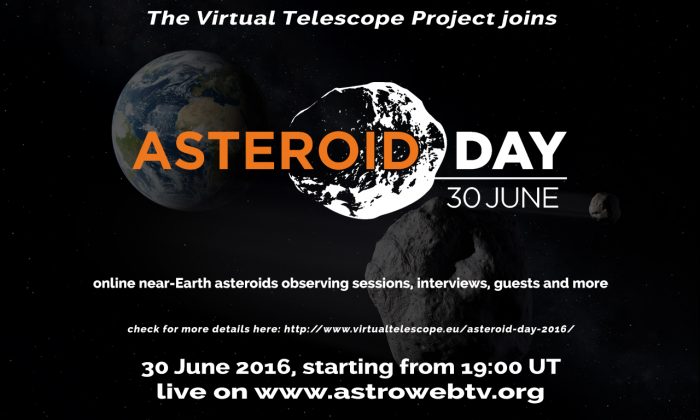