Small asteroid detected 4 days after passing as close as satellites

On March 15, astronomers detected an asteroid that had passed closest to Earth on March 11, sweeping in at about the distance of our geostationary satellites. 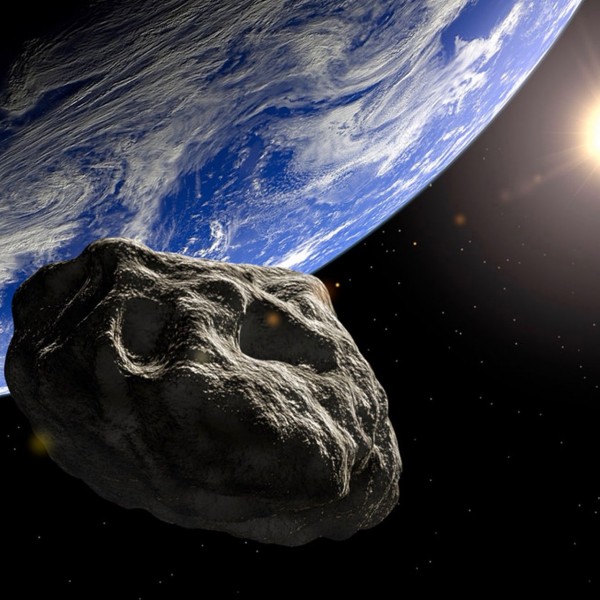 Artist’s concept of an asteroid near Earth.

For comparison, TV and other communications satellites orbit Earth at 22,300 miles.

Asteroid 2016 EF195 has a size between 16 to 49 meters (52 to 161). That means this space rock has an average size about twice as big as the asteroid that penetrated the skies over Chelyabinsk, Russia in February, 2013, breaking windows in six Russian cities and causing some 1,500 people to seek treatment for injuries, mostly from flying glass.

The newly found asteroid also belongs to the Apollo type asteroids, a class of space rocks that sometimes pass close to Earth.

There have also been some small asteroids passing closer to Earth than the moon’s distance during this past month.

It must be clarified that asteroids like 2016 EF195 are too small to cause an extinction level event, so we were never at any significant risk from this particular asteroid.

Bigger asteroids are easier to detect. However, even a small asteroid would produce an impressive meteor if it enters our atmosphere.

Can a Chelyabinsk type event repeat? Yes, clearly it can.

In any event, asteroid asteroid 2016 EF195 – passing so closely, unseen – is a reminder of the importance of supporting asteroid detection programs.