Calculations by NASA and Harvard say the closest the asteroid will get to Earth is about 2.7 million miles – over 10 times the moon’s distance – in April 2047. 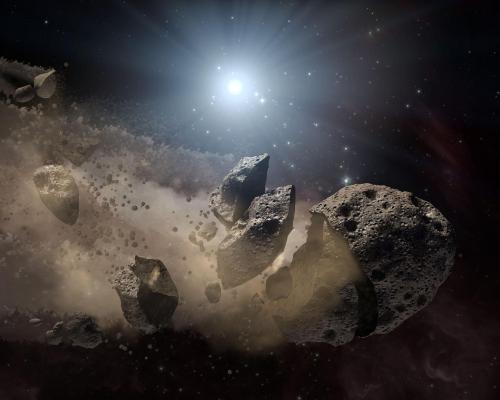 Artist’s concept of an asteroid breaking up, via NASA/JPL

Have you seen the recent media reports suggesting that an asteroid designated 2014 UR116 represents an impact threat to Earth? It does not, according to NASA, whose scientists have recently run in-depth calculations of the asteroid’s orbit over the next 150 years. During that time, it will come no closer to us than 10 times the moon’s distance. At its Near Earth Object Program website, NASA said on December 8, 2014:

While this approximately 400-meter [1,300-foot] asteroid has a three-year orbital period around the sun and returns to the Earth’s neighborhood periodically, it does not represent a threat because its orbital path does not pass sufficiently close to the Earth’s orbit.

Furthermore, Tim Spahr, Director of the Minor Planet Center in Cambridge Massachusetts, has also re-computed this object’s orbit after noticing that it was the same as an object observed six years ago. Using both sets of observations, the future motion of this asteroid was carried further forward in time using the automatic computations made by the Sentry system at NASA’s Near-Earth Object Program Office at the Jet Propulsion Laboratory. These computations rule out this object as an impact threat to Earth (or any other planet) for at least the next 150 years.

This object stays so far away from Earth, in fact, that it doesn’t make NASA’s running list of risky near-Earth objects or the equivalent list kept by European scientists.

Russian astronomers re-discovered this object on October 27, 2014, at the MASTER-II observatory in Kislovodsk, Russia.

Here in the U.S., NASA has been charged by Congress with identifying 90% of asteroids 140 meters or larger by 2020, and it feels it is on track to accomplish that goal. At approximately 400 meters, 2014 UR116 is one of those astronomers have been seeking.

And if it seems as if we’re barraged with stories about near-Earth asteroids these days, just know that those routine searches by NASA and other astronomical institutions are the reason. For fun, and to understand how dramatically the rate of our knowledge of near-Earth asteroids has increased, check out this series of maps from Armagh Observatory in northern Ireland, showing known near-Earth asteroids since the year 1800. 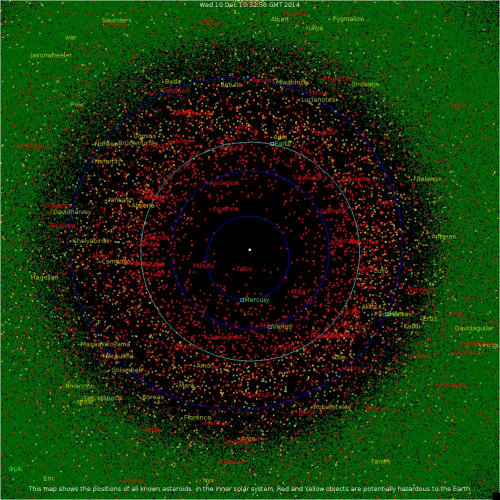 Bottom line: Media reports have suggested that asteroid 2014 UR116 is a threat to Earth, but it is not. Calculations by NASA and Harvard say that – over the next 150 years – the closest the asteroid will get to Earth is about 2.7 million miles (4.3 million km) in April 2047. That’s more than 10 times the moon’s distance.