As 2014 begins, Venus a thin crescent in bright twilight

Venus is beautiful now! Just don’t wait too many days to look for it. It’ll soon disappear in the glare of sunset.

The planet Venus has graced our evening sky for many months, but it’s about to disappear in the sunset glare. If you look outside this evening, shortly after the sun goes down, you’ll find Venus in bright western twilight. In fact, you might even see Venus now in a blue daytime sky. If you point ordinary binoculars at Venus now, you’ll discover something else. The planet is now in an exceedingly thin crescent phase.

Watch for this beautiful planet. If you get a chance, visit an observatory or contact a local astronomy club – and gaze at Venus through a telescope!

Don’t wait too many days to see it, though, or one evening you’ll look for Venus … and it’ll be gone. Venus will pass 5 degrees north of the sun as seen in Earth’s sky – more or less between the Earth and sun as seen from above the solar system – on January 11. About a week later, you’ll find brilliant Venus up before dawn. 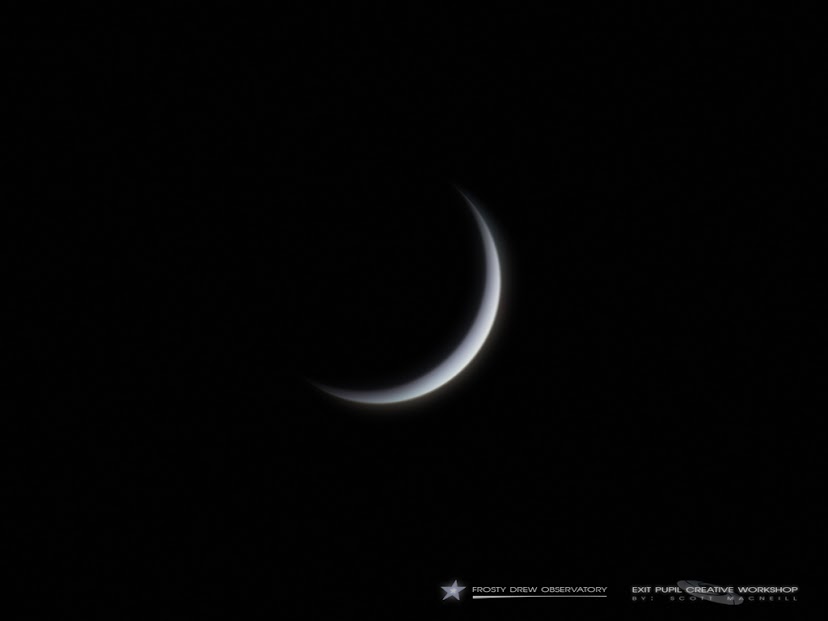 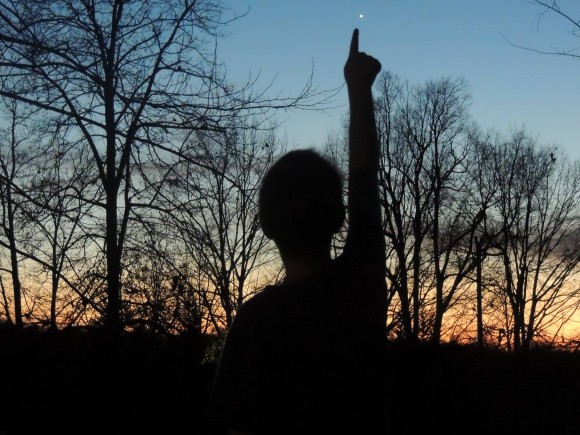 EarthSky Facebook friend Mary C. Cox captured this photo of her nephew pointing at Venus in bright twilight on December 29, 2013. Thank you, Mary!