Another Planet 9 search! You can help

This one will use images of the sky visible from Earth’s Southern Hemisphere. You can help from anyplace on the globe. The search is for a 9th major planet in our system, nicknamed Planet 9.

A month ago, we reported on a citizen-science search for an unknown planet in our solar system, nicknamed Planet 9 by astronomers. That search is being spearheaded by astronomers Arizona State University and organized via a website called Backyard Worlds: Planet 9 in cooperation with Zooniverse, which coordinates many citizen science projects. Now a second search has been announced, this one in the Southern Hemisphere. The Australia National Observatory (ANU) said late in the day on Sunday (March 26, 2017) that it is working with BBC Stargazing Live to launch its Planet 9 search. Once again, the astronomers will be working with Zooniverse, and once again they’re inviting anyone around the world with access to the Internet to help make the historic discovery.

ANU launched online access on Monday to the first complete digital map of the southern sky. The link should take you to hundreds of thousands of pictures taken by a robotic, 1.3-meter telescope called the SkyMapper at the university’s Siding Spring Observatory. This telescope is creating a full record of the southern sky for Australian astronomers.

There will also be an official launch of the project via BBC Stargazing Live hosted by astronomer Brian Cox and comedian Dara O Briain. That’ll happen on March 28 to 30 at 8 p.m. London time, ANU said.

Why the sudden flurry of Planet 9 searches? In early 2016, astronomers at Caltech announced solid theoretical evidence for a giant planet – a 9th major planet in the outer solar system – moving far from our Earth and sun, on the solar system’s outer fringes. They nicknamed it Planet 9 and said they hoped other astronomers would search for it.

Now the searches are beginning! Wouldn’t it be great if they – and you – found a new planet in our own solar system? ANU said:

Anyone who helps find the so-called Planet 9 will work with ANU astronomers to validate the discovery through the International Astronomical Union.

ANU astrophysicist Brad Tucker is leading the project, which is being launched during a BBC Stargazing Live broadcast from the ANU Siding Spring Observatory …

The ANU project will allow citizen scientists to use a website to search hundreds of thousands of images taken by the ANU SkyMapper telescope at Siding Spring.

SkyMapper will take 36 images of each part of the southern sky, which is relatively unexplored, and identify changes occurring within the universe.

Finding Planet 9 involves citizen volunteers scanning the SkyMapper images online to look for differences, Tucker said, and he said it’s not that complicated to find Planet 9:

It really is spot the difference. Then you just click on the image, mark what is different, and we’ll take care of the rest.

Co-researcher and lead of SkyMapper Chris Wolf said SkyMapper was the only telescope in the world that maps the whole southern sky:

Whatever is hiding there that you can’t see from the north, we will find it. 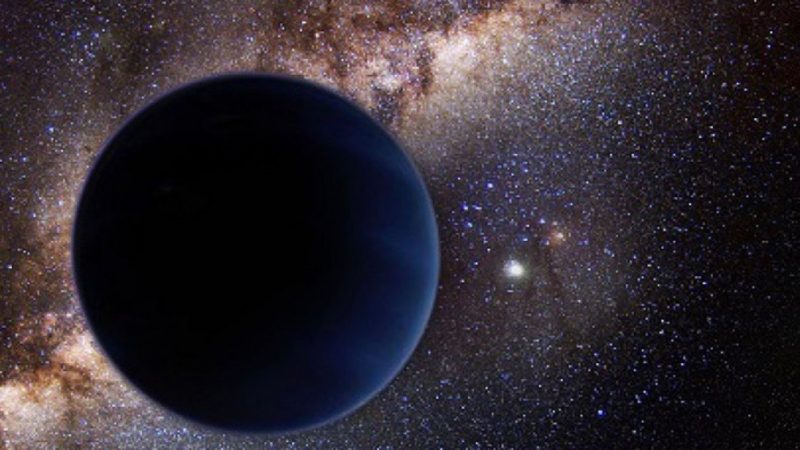 Is there a 9th planet on the edges of our solar system? If there is, and we found it in our lifetimes, that would be exciting! Image via ANU.

Bottom line: A new search for an unknown Planet 9 in our solar system by astronomers at Australian National Observatory. Citizen scientists can help via Zooniverse.