Another view of the jet in Saturn’s F ring

The jets in Saturn’s F ring are thought by scientists to be caused by the ring’s particles interacting with small moons orbiting nearby. 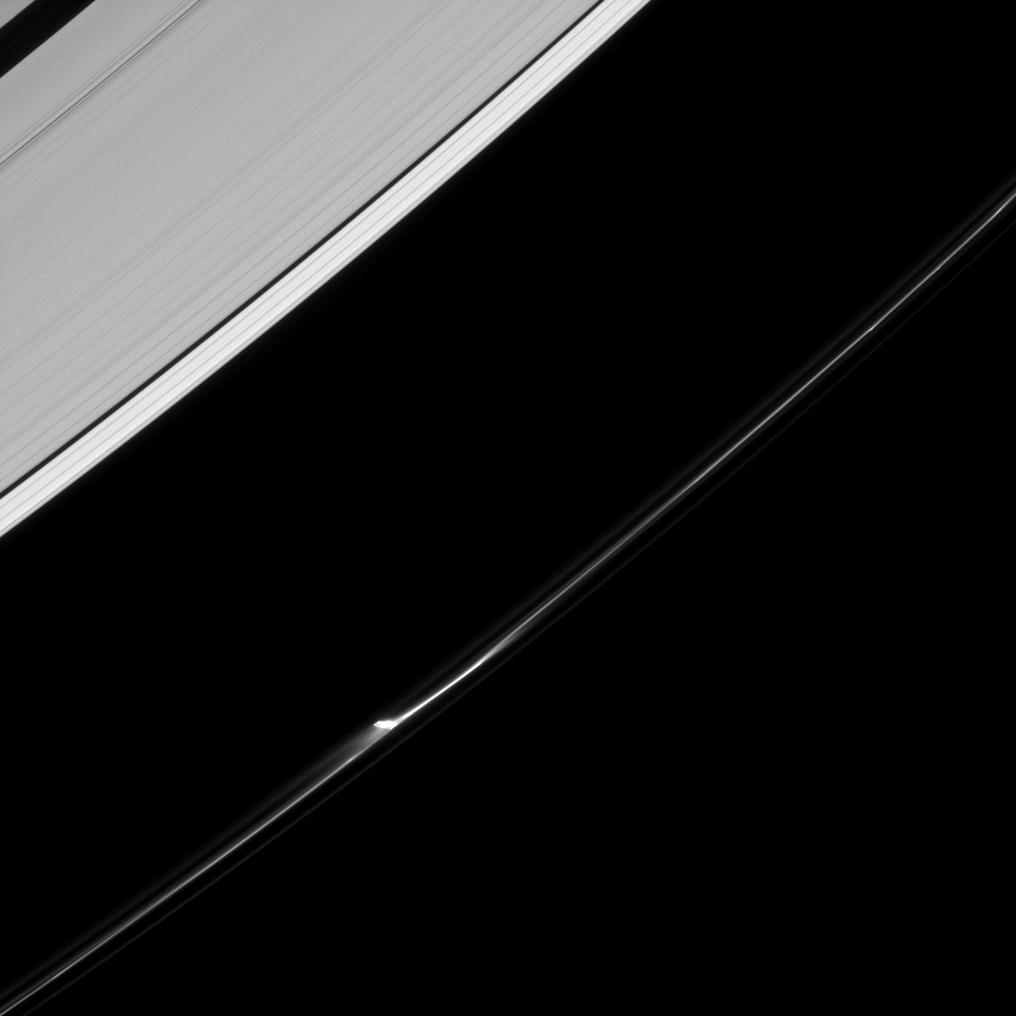 View larger. | Jet in Saturn’s F ring, seen by Cassini spacecraft. This view looks toward the unilluminated side of Saturn’s rings from about 45 degrees below the ring plane. Image via NASA/JPL-Caltech/Space Science Institute.

NASA says that, although this image appears to show one jet appearing to leap from the F ring, a closer inspection suggests a few smaller jets making up this feature. NASA says the several jets suggest a slightly more complex origin process than previously believed.

Overall, the jets are thought by scientists to be caused by the ring’s particles interacting with small moons orbiting nearby.