Another close sweep by asteroid due in 2065 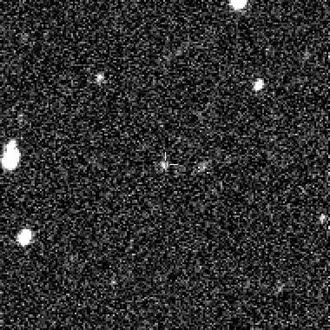 On the heels of the announcement of asteroid 2013 TV135 – which will sweep closely past Earth (we hope) in 2032 – Russian astronomers have announced another newly discovered asteroid destined to sweep closely past us, this time in the year 2065. NASA predicts that the asteroid will pass around 20,000 kilometers (12,000 miles) from Earth. Meanwhile, according to RTNews, scientists from Pisa University in Italy provide a different calculations saying that on October 17, 2065 the asteroid could pass only 7,000 kilometers (about 4,000 miles) of Earth. That’s comparable to the radius of Earth itself, so, according to the Italian calculations, this asteroid might pass as close as one Earth radii away.

Today (October 25), NASA removed the risk from asteroid 2013 UG1, meaning they’ve been able to rule out the potential for impacts of Earth by this object. [thank you @blobrana on Twitter for that link] 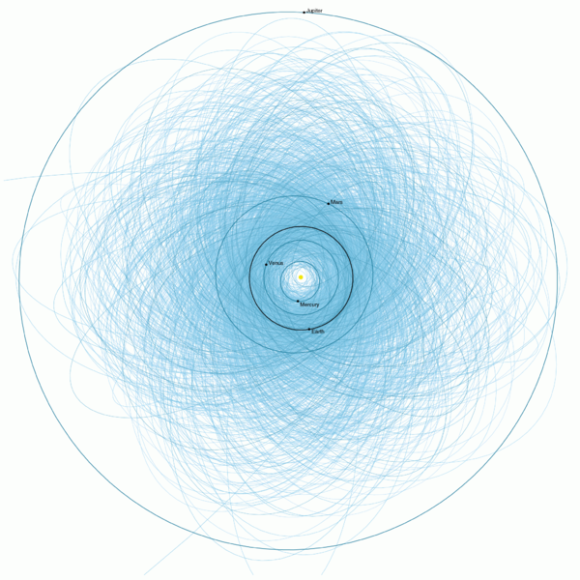 Why are scientists finding so many of these objects? The reason is simple: they are looking for them. When I first began writing about astronomy, in the 1970s, the idea of an asteroid striking Earth seemed farfetched. We knew about the Tunguska event in 1908, but even that event didn’t impress on many of us the reality of Earth’s vulnerability to close-passing asteroids. But some astronomers were paying attention and, even in the 1970s, some were saying we should be looking for and tracking close-passing asteroids.

Over the intervening decades, the reality has slowly dawned on our collective minds that Earth – with its 224 cities with populations greater than 2 million, and with its 7 billion humans spread across Earth’s continents – is indeed vulnerable to asteroid strikes. Now the U.S. Congress, for example, willingly funds NASA to detect, track, and characterize asteroids and comets passing relatively close to Earth using both ground- and space-based telescopes. Your tax dollars at work, and a good use for them, in my opinion.

The term Spaceguard is sometimes used to refer to the collective effort – not just NASA but other groups as well – to discover and study near-Earth objects.

Bottom line: Russian astronomers have discovered another asteroid due to make a close sweep past Earth, this time in the year 2065. This post talks generally about the 1435 PHAs, or Potentially Hazardous Asteroids known to astronomers as of October 25, 2013.