Andromeda will collide with our MIlky Way in 4 billion years. It had a close encounter with another Local Group galaxy long ago. Yeah, Andromeda. You’re tough.

Earlier this year, we released a story about the Andromeda Galaxy, which is due to collide with the Milky Way 4 billion years from now. If you missed it, be sure to watch the great video illustrating our night sky in the course of that titanic collision. Astronomers at the National Radio Astronomy Observatory (NRAO) later added to the story of Andromeda’s rampage through our Local Group, over timescales inconceivably long to puny humans. They announced that Andromeda closely encountered another Local Group spiral galaxy in the past.

We know this other galaxy as M33 aka the Triangulum Galaxy. It’s tough but not impossible to spot with the eye alone under perfect sky conditions. The press announcement of Andromeda’s likely brush past M33 was accompanied by this beautiful artist’s illustration of the two galaxies, with a tenuous gas bridge between them, shown here in red. 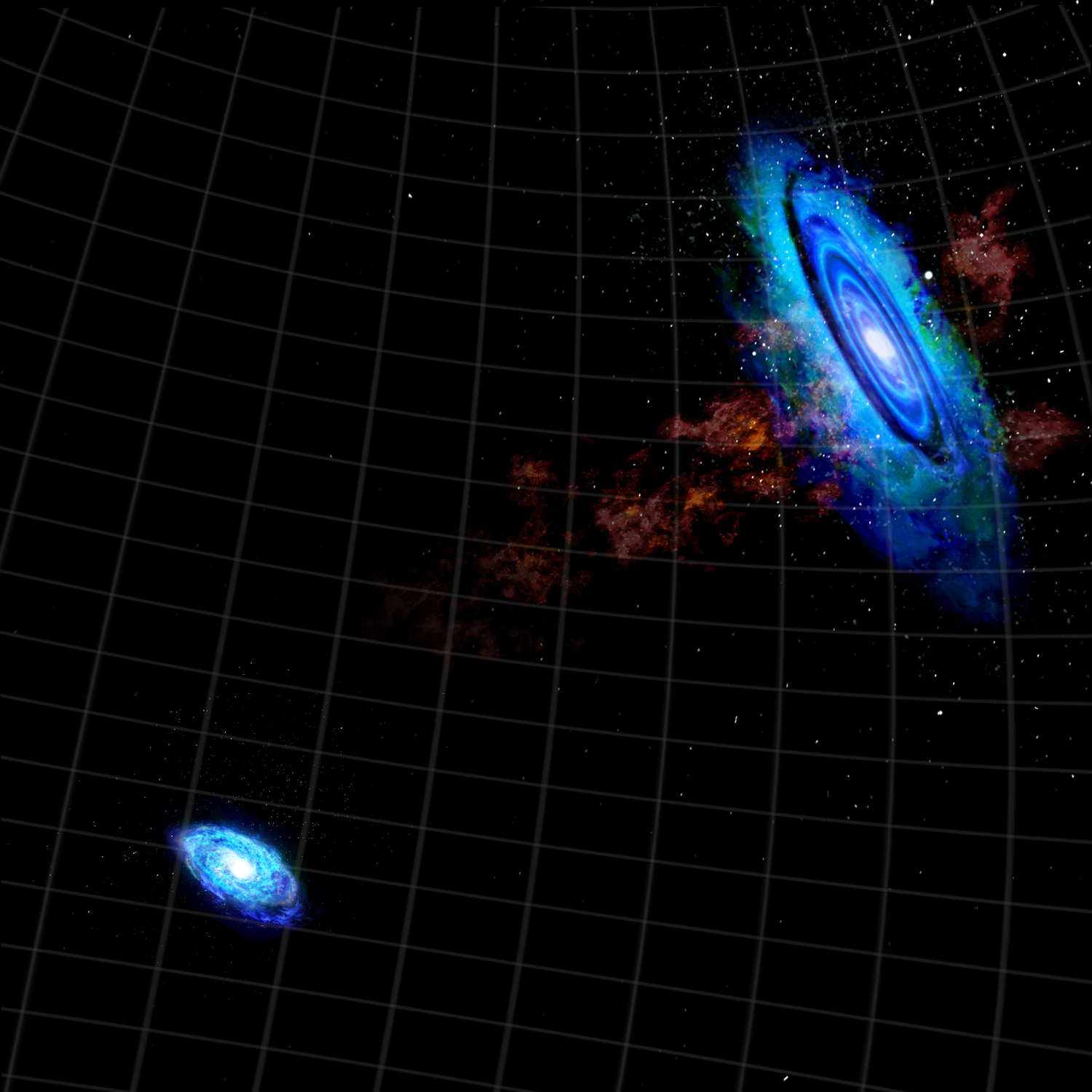 Artist’s concept of M33 (left) and Andromeda Galaxy (right), with a tenuous hydrogen gas bridge between them (in red). It’s thought that the gas bridge was left when Andromeda encountered M33 in the distant past. Image Credit: Bill Saxton, NRAO/AUI/NSF

The properties of this gas indicate that these two galaxies may have passed close together in the distant past. Studying what may be a gaseous link between the two can give us a new key to understanding the evolution of both galaxies.

Astronomers in the Netherlands announced the gas “bridge” between Andromeda and M33 in 2004, but other scientists questioned the discovery on technical grounds. Now, according to the NRAO astronomers, the gas bridge has been confirmed. The astronomers don’t say exactly when Andromeda has its close encounter with M33, only that it was in the “distant past.” That’s “distant past” in human terms to you … punk.

Read more about this story from NRAO