Posted by David Callejas and Deborah Byrd in Space | September 12, 2013

NASA has confirmed this is a real photo. This frog made its giant leap for frogkind during the launch of NASA’s LADEE moon craft on September 6.

This frog must have been startled last Friday night, when a Minotaur V rocket blasted off from Wallops Island Flight Facility in Virginia, launching the LADEE moon craft to an eventual lunar orbit. 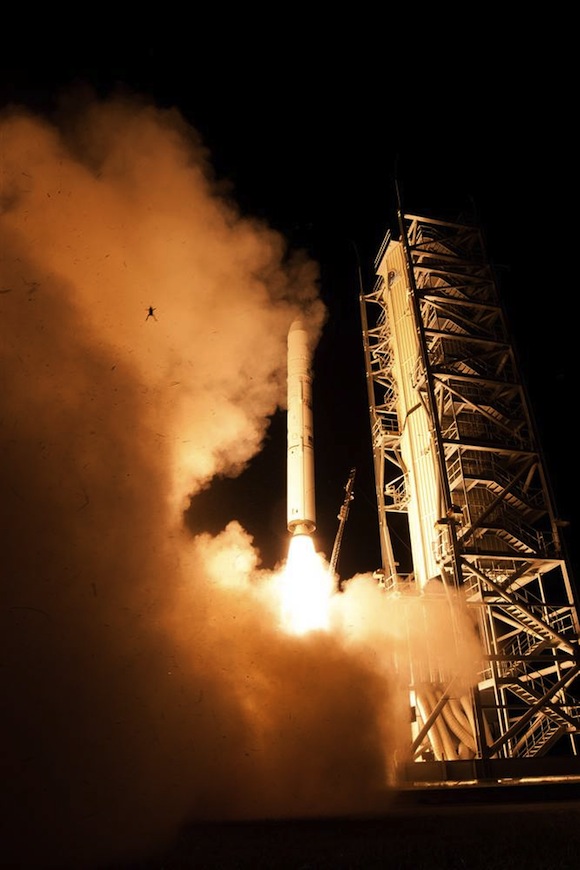 Unfortunate frog hops in front of a photo taken of the LADEE moon launch on September 6, 2013. Image via NASA / WFF / MARS

LADEE stands for Lunar Atmosphere and Dust Environment Explorer. The craft is a robotic mission conducted by NASA.

NASA says the frog probably didn’t make it. But its legend will live on.