A Spiral Within a Spiral 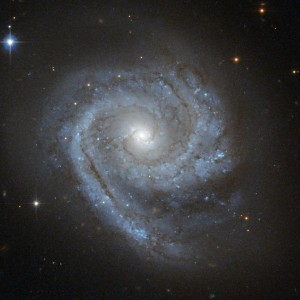 The NASA/ESA Hubble Space Telescope captured this image of the spiral galaxy known as ESO 498-G5. One interesting feature of this galaxy is that its spiral arms wind all the way into the centre, so that ESO 498-G5’s core looks a bit like a miniature spiral galaxy. Image Credit: ESA/Hubble & NASA

Thank you! Your submission has been received!
Oops! Something went wrong while submitting the form.
END_OF_DOCUMENT_TOKEN_TO_BE_REPLACED