A new dark spot on Neptune

Voyager 2 in 1989 – and Hubble Space Telescope in 1994 – saw similar features. But this dark spot, or vortex, is the first seen on Neptune in the 21st century. 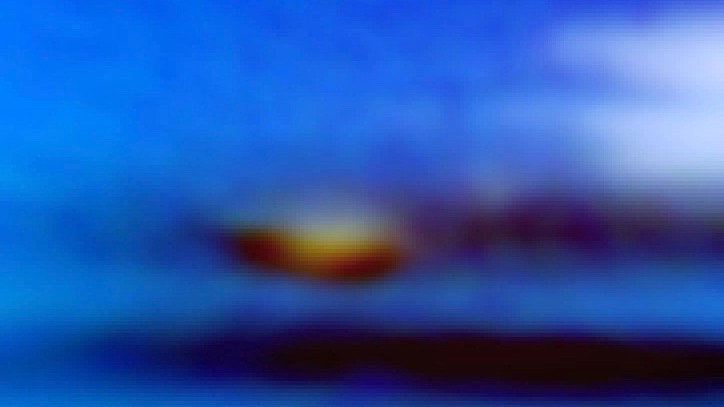 Astronomers announced on June 23, 2016 that the Hubble Space Telescope has confirmed a new dark spot in the atmosphere of Neptune. Like Jupiter’s Great Red Spot, Neptune’s dark spots are great storms, similar to our earthly hurricanes. But unlike Jupiter’s spot, which has lasted for hundreds of years, spots on Neptune appear to have shorter lifespans, forming and dissipating on a timescale of years instead of centuries.

Hubble obtained new images of Neptune on May 16, showing the new dark spot, which astronomers tend to call a vortex. A statement on HubbleSite said:

Though similar features were seen during the Voyager 2 flyby of Neptune in 1989 and by the Hubble Space Telescope in 1994, this vortex is the first one observed on Neptune in the 21st century. 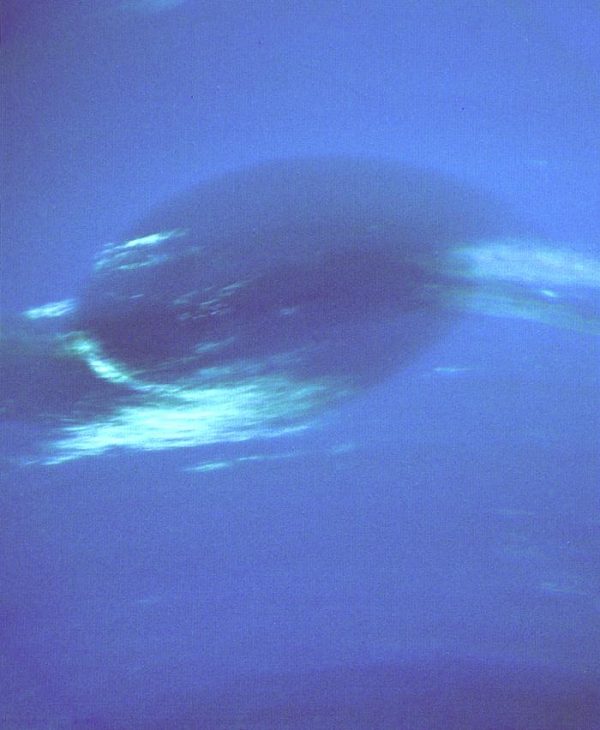 The statement at HubbleSite explained that the dark spots, or vortices, on Neptune are usually surrounded by bright companion clouds, which can also be seen now near the new spot. It said the bright clouds form due to the flow of ambient air around the spot, thought to cause gases to freeze into methane ice crystals. University of California at Berkeley research astronomer Mike Wong, who led the team that analyzed the Hubble data, commented:

Dark vortices coast through the atmosphere like huge, lens-shaped gaseous mountains. And the companion clouds are similar to so-called orographic clouds [for example: lenticular clouds] that appear as pancake-shaped features lingering over mountains on Earth.

The first hint that Neptune might have a new dark spot came from sightings by amateur and professional astronomers, beginning in July 2015, of bright clouds on the planet. Astronomers suspected that these clouds might be bright companion clouds following an unseen dark spot. The astronomers’ statement explained:

Neptune’s dark vortices are typically only seen at blue wavelengths, and only Hubble has the high resolution required for seeing them on distant Neptune.

In September 2015, the Outer Planet Atmospheres Legacy (OPAL) program, a long-term Hubble Space Telescope project that annually captures global maps of the outer planets, revealed a dark spot close to the location of the bright clouds, which had been tracked from the ground. By viewing the vortex a second time, the new Hubble images confirm that OPAL really detected a long-lived feature. The new data enabled the team to create a higher-quality map of the vortex and its surroundings.

The discovery team also pointed out that Neptune’s dark spots:

… have exhibited surprising diversity over the years, in terms of size, shape, and stability (they meander in latitude, and sometimes speed up or slow down).

Planetary astronomers hope to better understand how dark vortices originate, what controls their drifts and oscillations, how they interact with the environment, and how they eventually dissipate … 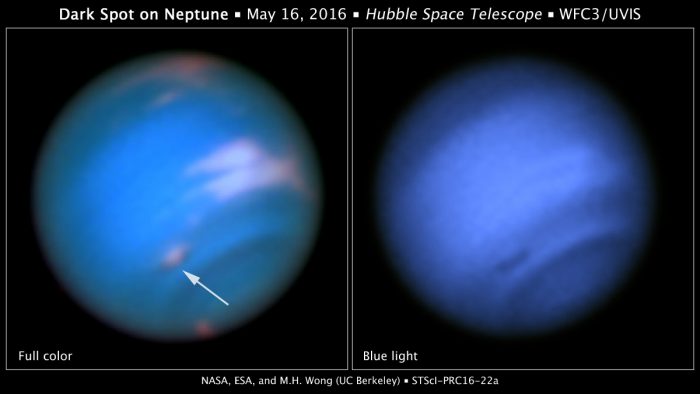