The Freedom 7 crater on Mars is 82 feet in diameter, matching the height of Shepard’s Redstone rocket.

The team exploring Mars with NASA’s Opportunity rover for the past seven years has informally named a Martian crater for the Mercury spacecraft that astronaut Alan Shepard christened Freedom 7. Shepard piloted Freedom 7 in America’s first human spaceflight on May 5, 1961. 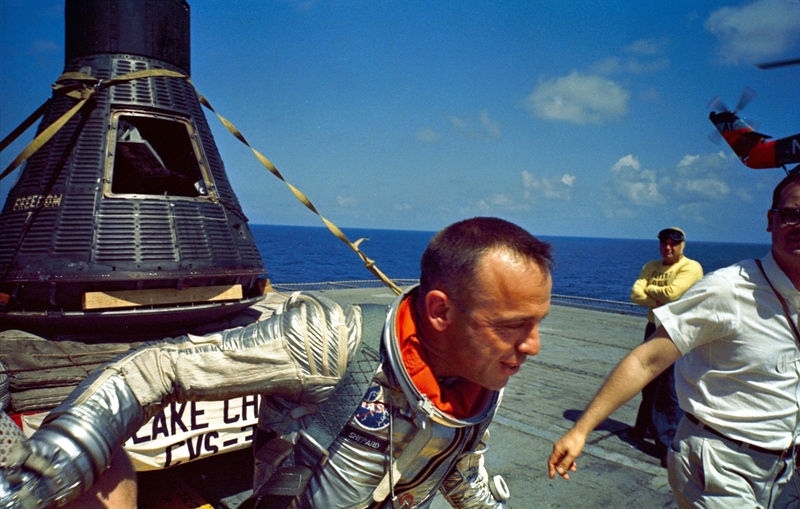 The team is using Opportunity this week to acquire images of a cluster of small, relatively young craters along the rover’s route toward a long-term destination. The cluster’s largest crater, spanning about 25 meters (82 feet), is Freedom 7. The diameter of Freedom 7 crater is equivalent to the height of the Redstone rocket that launched Shepard’s flight.

Scott McLennan of the State University of New York at Stony Brook, who is this week’s long-term planning leader for the rover science team, said:

Many of the people currently involved with the robotic investigations of Mars were first inspired by the astronauts of the Mercury Project who paved the way for the exploration of our solar system. 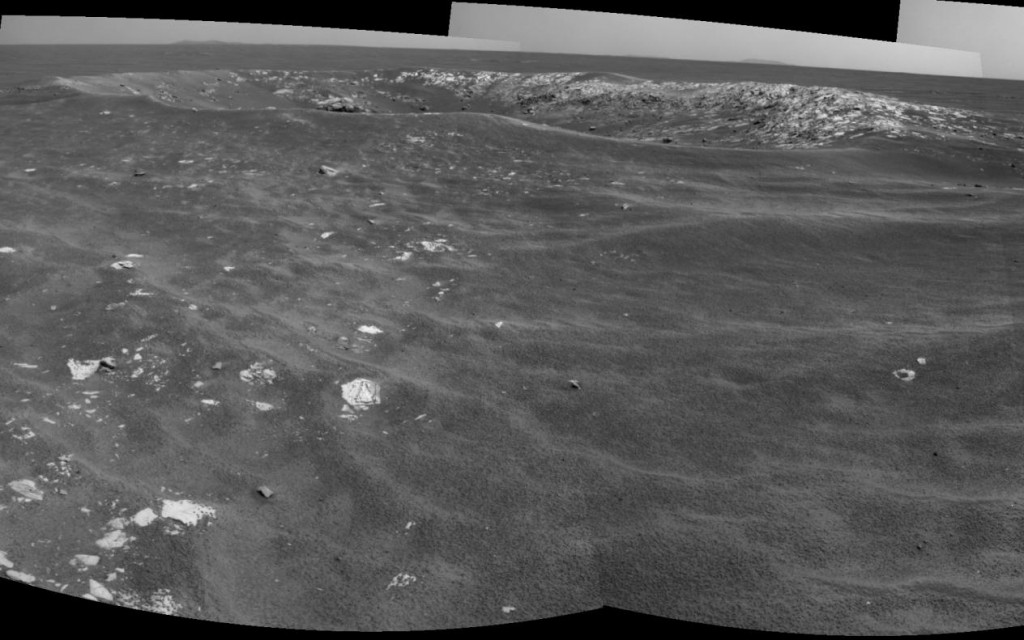 The first 50 years of American manned spaceflight have been built upon immeasurable courage, dedication, sacrifice, vision, patriotism, teamwork and good old-fashioned hard work, all terms that embody and define the United States and her people. Alan Shepard’s brave and historic 15-minute flight in Freedom 7 put America in space, and then a scant eight years later, Americans were standing upon the surface of the moon.

Shepard himself would later walk on the moon when he commanded the Apollo 14 mission in early 1971, fewer than 10 years after his Freedom 7 flight. He died on July 21, 1998.

By observing craters of diverse ages, the Opportunity mission is documenting how impact craters change with time. The cluster that includes Freedom 7 crater formed after sand ripples in the area last migrated, which is estimated to be about 200,000 years ago.

This cluster has about eight craters, and they’re all the same age. They’re from an impactor that broke up in the atmosphere, which is quite common. 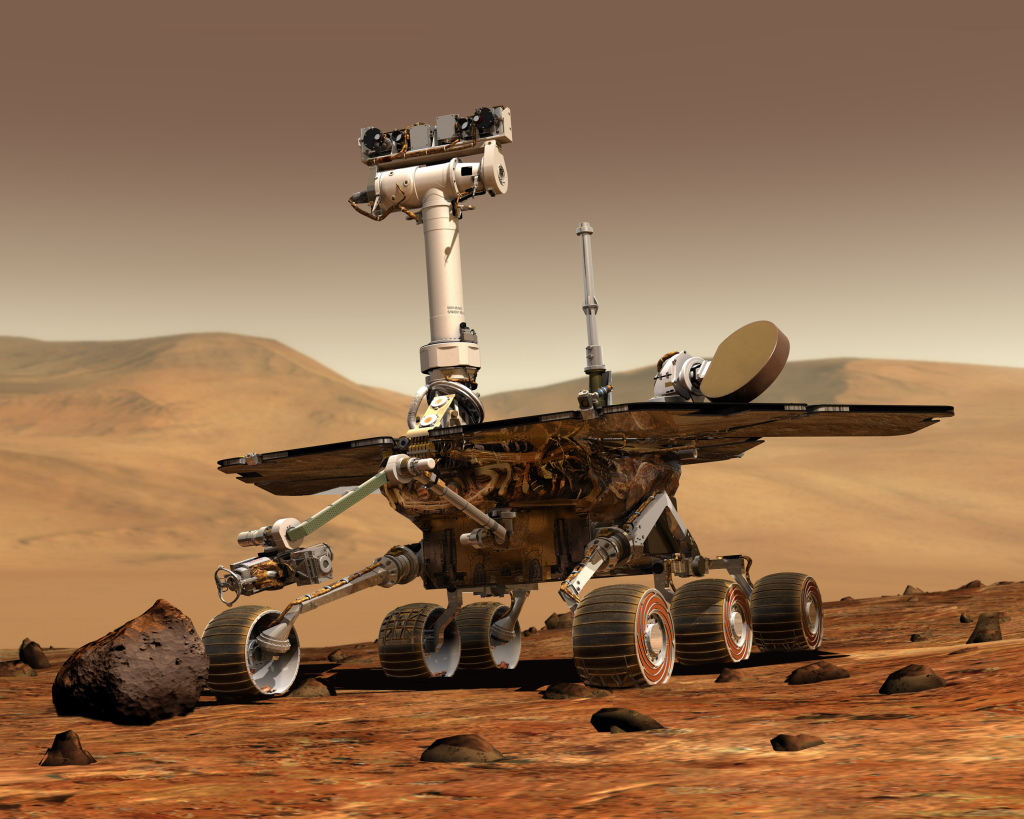 Opportunity and its twin, Spirit, completed their three-month prime missions on Mars in April 2004. Both rovers continued for years of bonus, extended missions. Both have made important discoveries about wet environments on ancient Mars that may have been favorable for supporting microbial life. Spirit has not communicated with Earth since March 2010. Opportunity remains active. It has driven 28.6 kilometers (17.8 miles) total on Mars, including 1.9 kilometers (1.2 miles) since leaving Santa Maria crater on March 24, 2011, having studied that crater for three months.

Bottom line: To commemorate the 50th anniversary of Alan Shepard’s flight on May 5, 1961, the team exploring Mars via NASA’s Opportunity rover for the past seven years has informally named a Martian crater Freedom 7.