DDO 190 is a dwarf irregular galaxy, lying some 3 million light-years from any other galaxy in space. It’s a lonely galactic island on a sea of empty space.

Here is one of our universe’s dwarf irregular galaxies – a cousin to the two famous satellite galaxies to our own Milky Way, which are visible from Earth’s southern hemisphere and go by the names Large and Small Magellanic Clouds. The galaxy in this new Hubble Space Telescope image – which is known as DDO 190 – is 9 million light-years from Earth in contrast to 1 to 2 thousand light-years for the Magellanic Clouds. DDO 190 is different from the Magellanic Clouds in another way. It’s apparently not attached to a larger galaxy, but instead lies some 3 million light-years from any other galaxy in space. DDO 190 is truly a lonely galactic island on a sea of empty space. 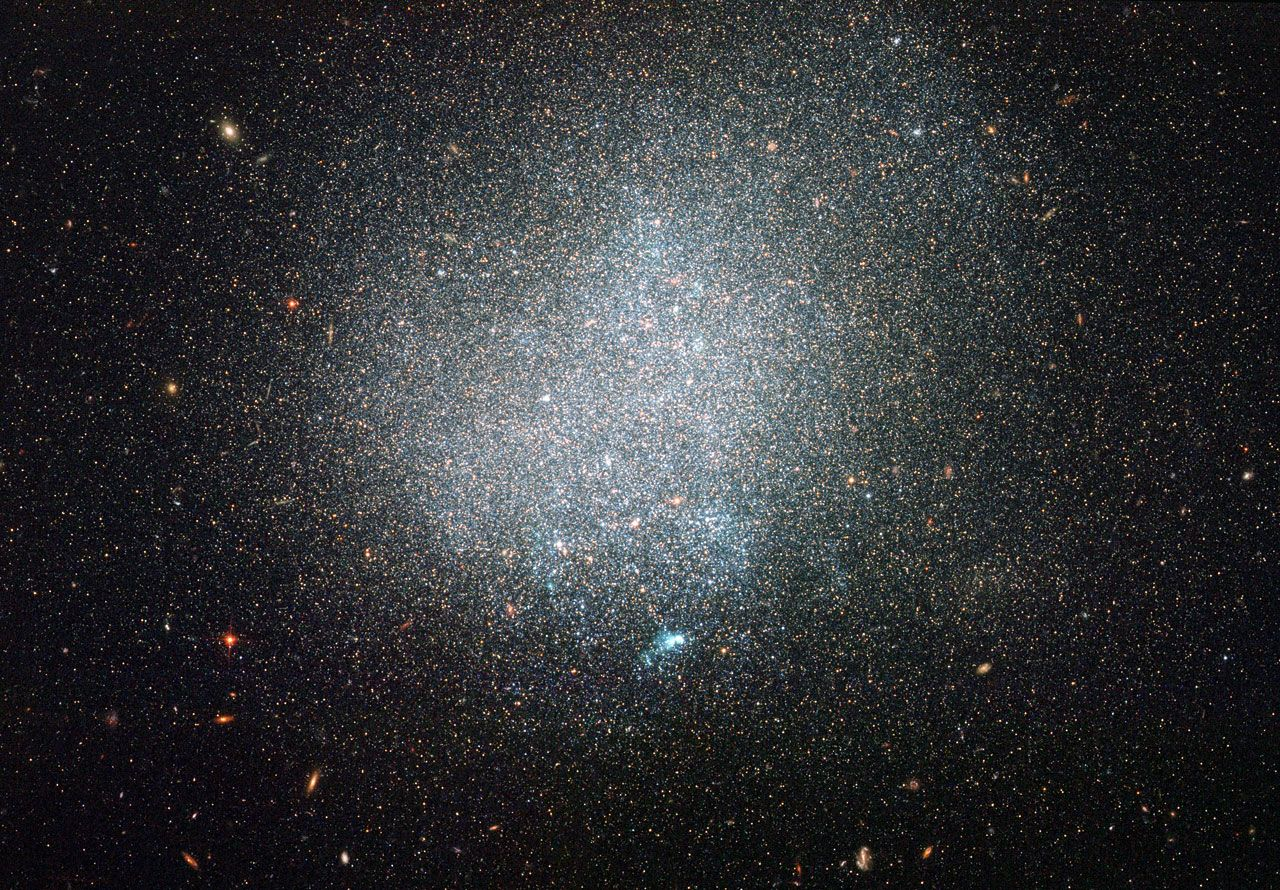 This is the galaxy DDO 190 as seen by the NASA/ESA Hubble Space Telescope. It’s classified as a dwarf irregular galaxy. Its nearest neighbor among the galaxies is 3 million light-years away. Click here to enlarge this image. Image Credit: ESA/Hubble & NASA

In this image of DDO 190, you can see older, reddish stars populating the galaxy’s outskirts. Meanwhile, some younger, bluish stars can be seen in the crowded center of the galaxy. Some pockets of ionized gas heated up by stars appear here and there, with the most noticeable one shining towards the bottom of DDO 190 in this picture. Meanwhile, a great number of distant galaxies with evident spiral, elliptical and less-defined shapes glow in the background.