An astronomy enthusiast’s search through the archives of the European Southern Observatory has revealed an astonishing image of two galaxies in a tug of war.

While searching through archives of the European Southern Observatory (ESO), astronomy enthusiast Igor Chekalin from Russia found a striking image of a galactic grouping, showing two spiral galaxies first discovered by the English astronomer William Herschel in 1783. This galactic grouping, found about 70 million light-years away in the constellation Sextans (The Sextant), contains NGC 3169 (left) and NGC 3166 (right). Modern astronomers have gauged the distance between these two as a mere 50,000 light-years, a separation that is only about half the diameter of the Milky Way galaxy. In such tight quarters, gravity can start to play havoc with galactic structure. 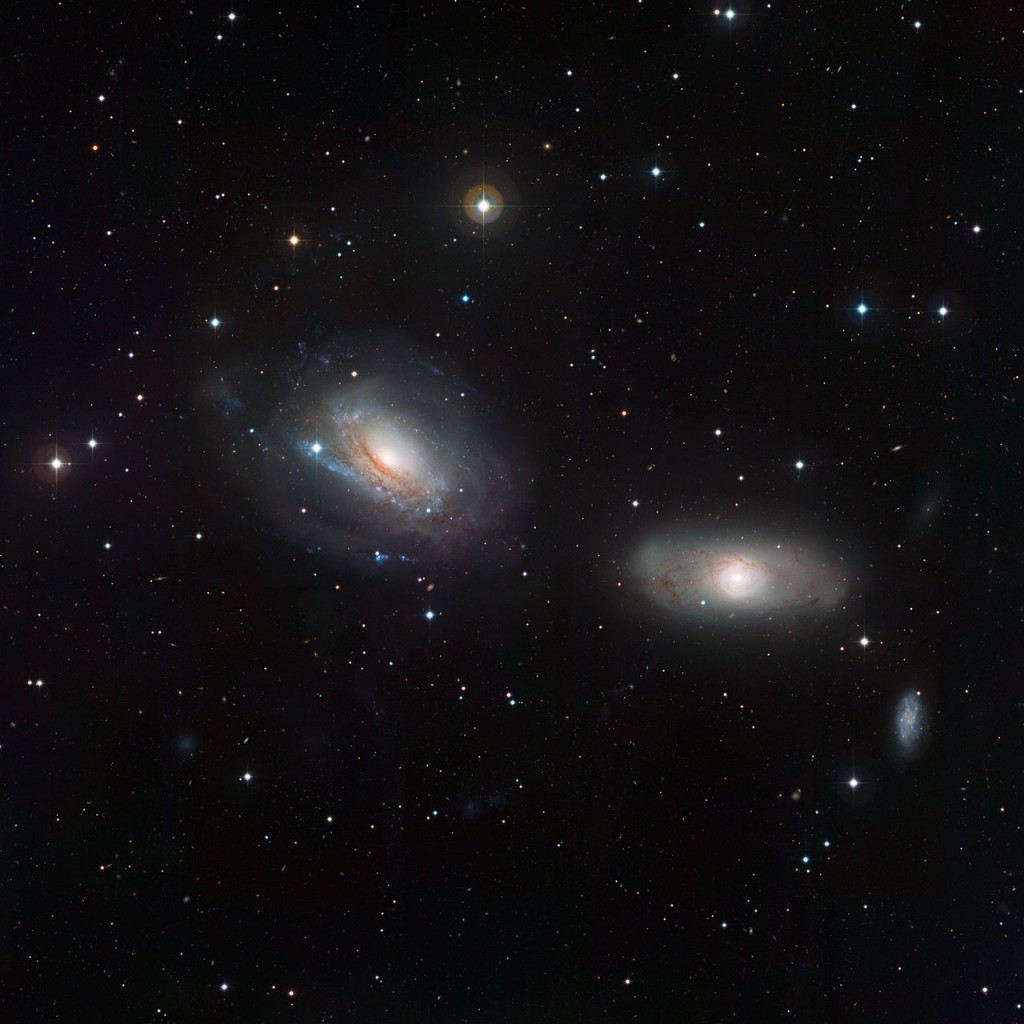 Spiral galaxies like NGC 3169 and NGC 3166 tend to have orderly swirls of stars and dust pinwheeling about their glowing centers. Close encounters with other massive objects can jumble this classic configuration, often serving as a disfiguring prelude to the merging of galaxies into one larger galaxy. So far, the interactions of NGC 3169 and NGC 3166 have lent just a bit of character. The arms of NGC 3169, shining bright with young, blue stars, have been teased apart, and lots of luminous gas has been drawn out from its disc. In the case of NGC 3166, dust lanes that outline spiral arms are also in disarray. Unlike its bluer counterpart, NGC 3166 is not forming many new stars. 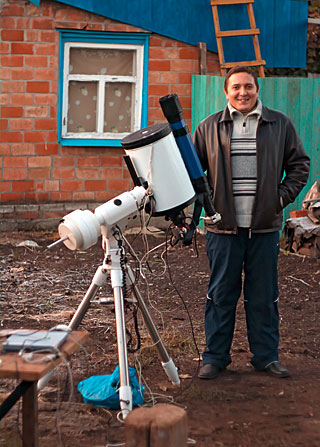 NGC 3169 has another distinction: the faint yellow dot beaming through a veil of dark dust just to the left of and close to the galaxy’s center. This flash is the leftover of a supernova detected in 2003 and known accordingly as SN 2003cg. A supernova of this variety, classified as a Type 1a, is thought to occur when a dense, hot star called a white dwarf — a remnant of medium-sized stars like our Sun — gravitationally sucks gas away from a nearby companion star. This added fuel eventually causes the whole star to explode in a runaway fusion reaction.

Other much more noticeable points of light, such as the one toward the left end of the spiral arm running underneath the core of NGC 3169, are stars within the Milky Way that happen to fall by chance very close to the line of sight between our telescopes and the galaxies.

How do we know about our galaxy’s shape?