Gaia is designed to make accurate measurements of the positions and motions of 1% of the total population of roughly 100 billion Milky Way stars. 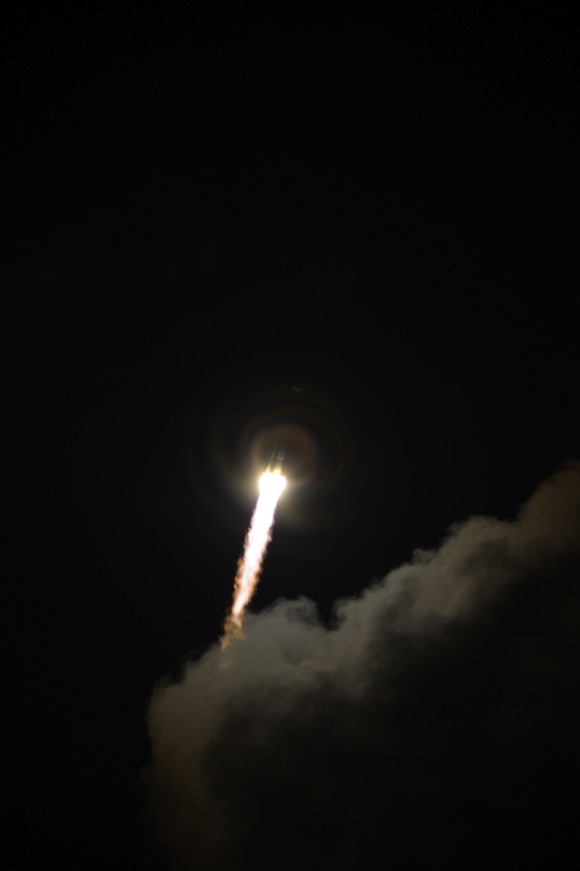 The European Space Agency (ESA) successfully launched its Gaia mission this morning (December 19, 2013). Gaia blasted off on a Soyuz rocket from Europe’s Spaceport in Kourou, French Guiana. It’s now on its way to studying a billion suns in our home galaxy, the Milky Way. Gaia aims to make accurate measurements of the positions and motions of 1% of the total population of roughly 100 billion stars in our Milky Way galaxy. It’ll also provide the most detailed map yet of our galactic home in space, and our place in it.

In the process, it’s hoped that Gaia will answer questions about the origin and evolution of our galaxy.

The Soyuz launcher carrying Gaia lifted off at 09:12 GMT (10:12 CET) today. A press release issued from ESA this morning said:

About 10 minutes later, after separation of the first three stages, the Fregat upper stage ignited, delivering Gaia into a temporary parking orbit at an altitude of 175 km.

A second firing of the Fregat 11 minutes later took Gaia into its transfer orbit, followed by separation from the upper stage 42 minutes after liftoff. Ground telemetry and attitude control were established by controllers at ESA’s operations centre in Darmstadt, Germany, and the spacecraft began activating its systems.

The sunshield, which keeps Gaia at its working temperature and carries solar cells to power the satellite, was deployed in a 10-minute automatic sequence, completed around 88 minutes after launch.

Gaia is now en route towards an orbit around a gravitationally-stable virtual point in space called L2, some 1.5 million kilometers beyond Earth as seen from the sun.

Gaia will repeatedly scan the sky, observing each of its targeted billion stars an average of 70 times each over the five years. In the process, it’ll measure the position and key physical properties of each star, including its brightness, temperature and chemical composition.

Read more about Gaia’s liftoff and mission from ESA 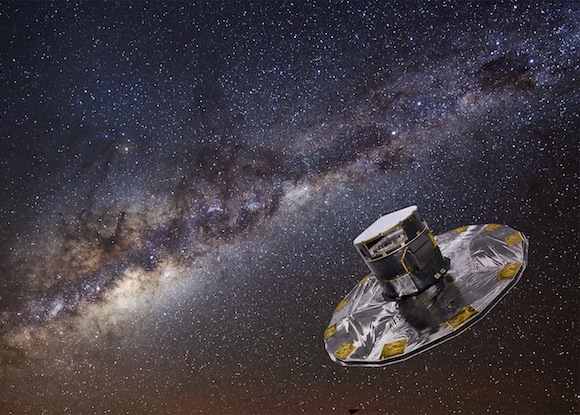 View larger. Gaia mapping the stars of the Milky Way