Scientists have signed an open letter in support of increased knowledge of Near-Earth Objects (NEOs), whose orbits carry them near Earth. You can sign it, too. 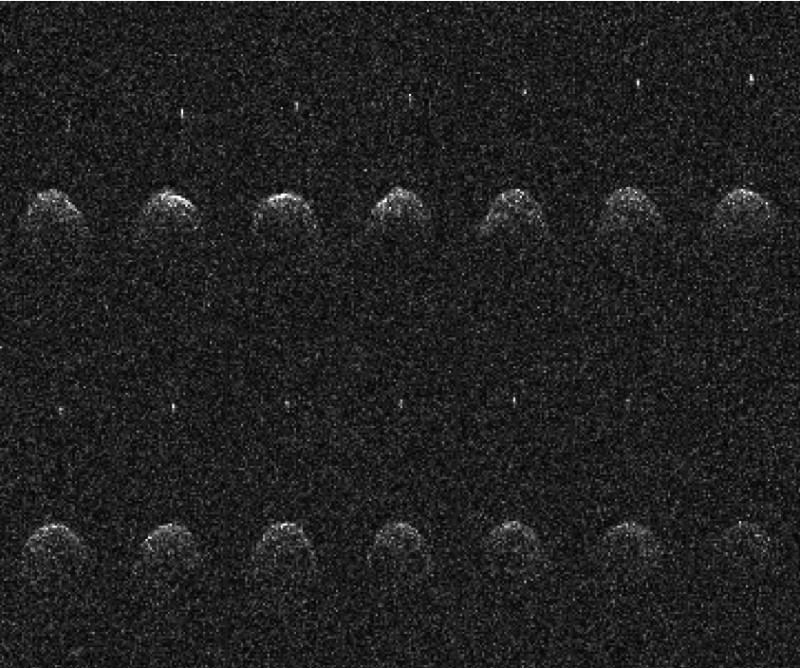 Fourteen Arecibo radar images of near-Earth asteroid (65803) Didymos and its moon, acquired November 24, 2003. The AIM mission would visit this double asteroid. Image and caption via AIDA.

During a media event on November 14, 2016 at the Museum für Naturkunde in Berlin, scientists and space planners launched a major campaign in support of increased knowledge of near-Earth objects (NEOs), which are essentially flying boulders or mountains that sweep past Earth regularly and have a potential to do serious damage, should one strike. In particular, this event was focused on ESA’s Asteroid Impact Mission (AIM), which many hope to use to help determine whether a kinetic impactor could deflect an NEO, if we needed it to. During the press conference, organizers released an open letter signed by more than 100 small-body scientists supporting increased knowledge of NEOs and space missions such as AIM. The letter is now open for public signatures.

The campaign is called “I Support AIM” and was initiated by the co-founders of Asteroid Day – including astrophysicist and rock guitarist Brian May of Queen – along with the Observatoire de la Côte D’Azur. Grig Richters, also a co-founder of Asteroid Day, said:

More than 100 prominent scientists from around the world have signed a letter in support of AIM because studying NEOs cannot be under-appreciated and the AIM mission is core to gaining the knowledge we need to detect and ultimately deflect dangerous asteroids headed towards Earth.

Known NEOs range in size from a few meters to tens of kilometers. They orbit the sun and sometimes sweep near Earth, occasionally coming closer to Earth than our moon. Of the NEOs so far discovered, there are more than 1,700 asteroids currently considered hazardous, according to those spearheading today’s event.

The most recent near-miss with such an object took place in 2013, when a small body entered Earth’s atmosphere over Russia, breaking windows in six Russian cities and causing more than 1,500 people to seek medical attention, mostly from flying glass. 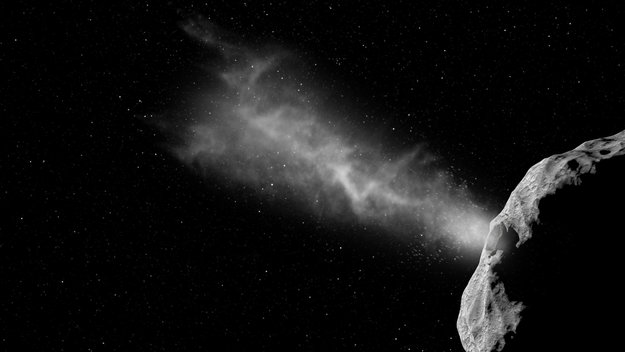 Artist’s concept of an asteroid collision. Is it time to explore technologies for deflecting an asteroid? There are some subtle concerns. Image via the AIM mission.

New NEOs are now being discovered at the rate of some 4 per day. We need a coordinated international strategy for near-Earth object impact mitigation!

Hear Brian May, co-founder of Asteroid Day, talk about the danger from incoming space objects in the video below:

AIM is an interdisciplinary mission, which would be humanity’s first mission to a binary, or double, asteroid system. It’s the goal of the AIM mission to reach the binary near-Earth asteroid (65803) Didymos in mid-2022, after an 18-month flight.

There, AIM would wait for NASA’s DART spacecraft, which would impact the smallest of the two asteroids in the Didymos system, in an attempt to deviate its orbit. It would be the first-ever attempt to deflect the orbit of a solar system body. Together, the AIM and DART missions would combine into a mission called the Asteroid Impact and Deflection Assessment (AIDA). There’s an interesting page on AIDA here.

This morning’s press conference was live-streamed in English and in German. Click here for a recording.

The video below, created a year ago, tells more about the AIM asteroid mission:

Bottom line: One hundred small-body scientists have signed an open letter in support of ESA’s AIM mission to the asteroid Didymos. Lend your support to this effort here.