10 great places to see meteor showers in the US

Looking for an awesome place to watch meteor showers in the U.S.? AccuWeather – and the editors of EarthSky – recommend these 10 places. 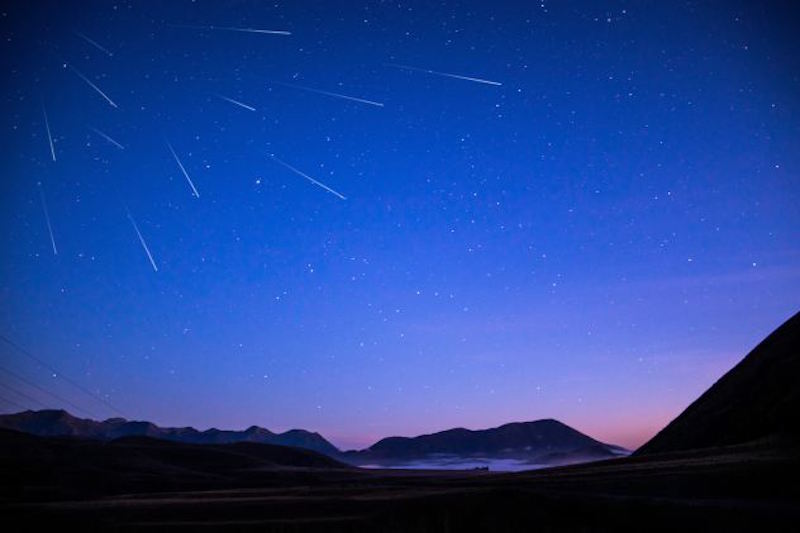 Meteors over Death Valley via Will Li/ AccuWeather.

Meteor showers can be a trickle, or they can be astounding natural events. Either way, these light shows give people a glimpse of the vastness of space and, in many ways, motivate people to be more in tune with nature. However, there’s one major hurdle that prevents many people from ever experiencing a meteor shower: light pollution from home and city outdoor lighting. Unless you live in a dark country location, your own backyard probably isn’t the best place to watch a meteor shower. With this in mind, here’s a list of 10 places to see the meteor showers in the U.S., recommended by AccuWeather.

Want to know when to watch? Try EarthSky’s meteor shower guide for 2020

Got a great stargazing location to recommend? Recommend here

Note: In 2020, some public parks are closed due to Covid-19. Be sure to check with these parks first, before you go. 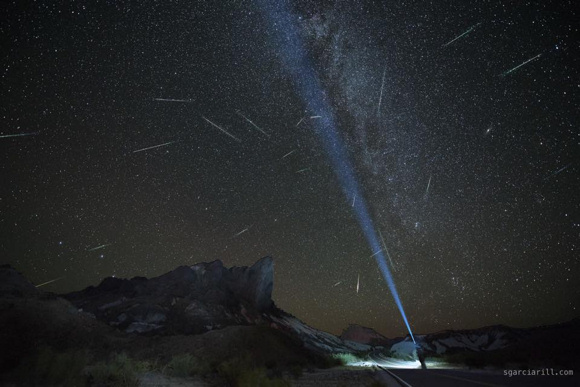 View larger. | Sergio Garcia Rill caught the Perseid meteor shower in Big Bend National Park in 2015. He wrote, “Well, here’s the result of a night at the Cerro Castellan area inside Big Bend. This photo has got 23 meteors in it, as well as me trying to find some shooting stars with my flashlight.” Thank you Sergio! 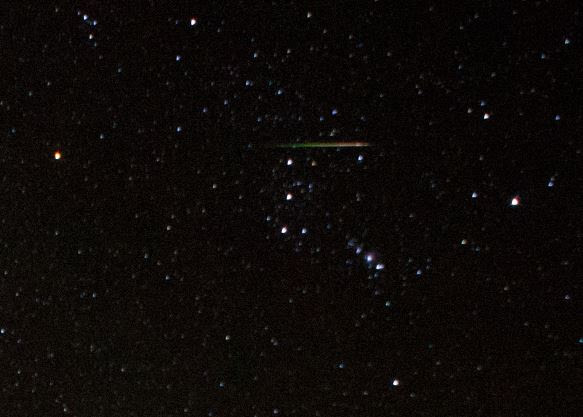 Joan Schipper wrote: “The Sierra Club Camera Committee went to Joshua Tree National Park trying to catch some Orionid meteors in pixels. Eight of us were staked out in various locations at White Tank campground. This is my 3rd attempt to capture meteors and my 2nd bit of success.”

3. Death Valley, California/Nevada. Don’t let its name scare you. Straddling California and Nevada, Death Valley – with its naturally dark skies – is another hot spot for meteor showers and stargazing. 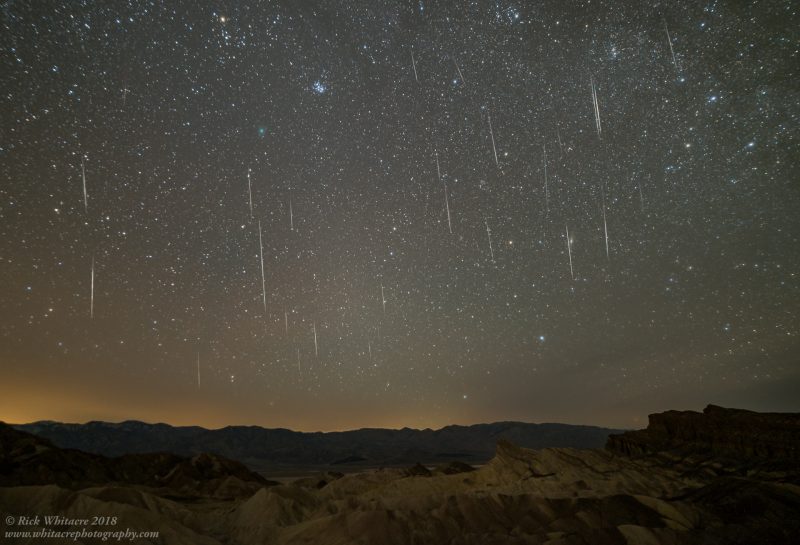 The 2018 Geminid meteor shower rains down on Death Valley, as seen from Zabriskie Point. Comet Wirtanen is visible in the upper left, below and to the left of Pleiades. Image via Rick Whitacre.

5. The area around Tucson, Arizona. This desert region is surrounded by tall hills and mountains, places where you can get up high to look at the sky. 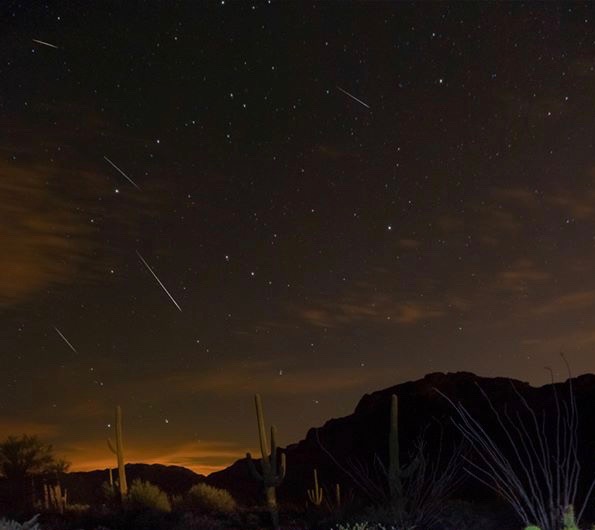 Draconids near Tucson, Arizona, in 2013, by our friend Sean Parker Photography.

7. Brockway Mountain, Michigan. A great place for stargazing and meteor-watching in the upper midwest.

8. Big Pine Key, Florida. If Alaska is an obvious candidate for seeing meteor showers, Florida might be the opposite. Yet Big Pine Key in Florida has an annual winter party for stargazing. 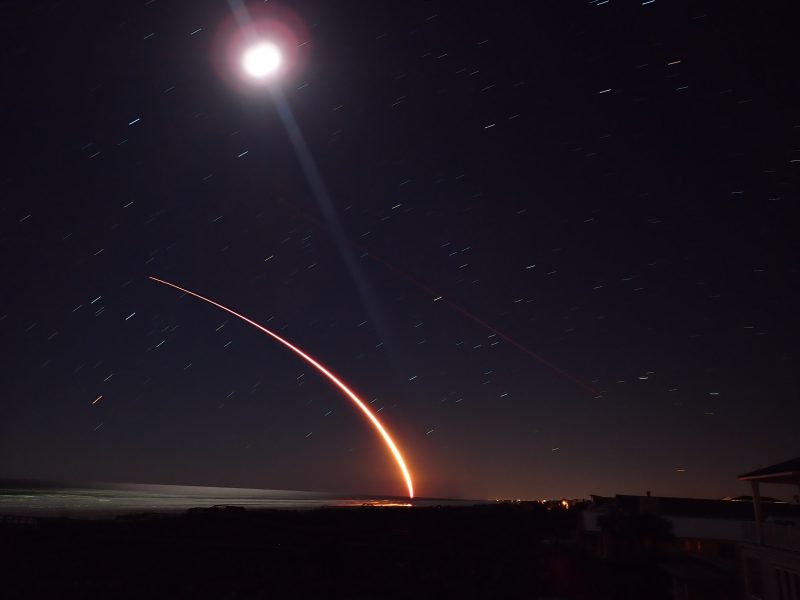 If you’re in Florida for stargazing, be sure to check with Cape Canaveral to see if there are any space launches you can watch, to add to your experience. Richard Benzinger in Crescent Beach, Florida, caught the March 16, 2017, SpaceX launch of Echostar XXIII from Cape Canaveral, shooting southeast. Thanks, Richard!

9. White Sands, New Mexico. While it is not as flat as Death Valley, White Sands is flat enough and dark enough to provide a great platform for meteor-watching.

10. Canyonlands National Park, Utah. Stargazing and meteor-watching under Utah’s glorious night skies … what could be better? 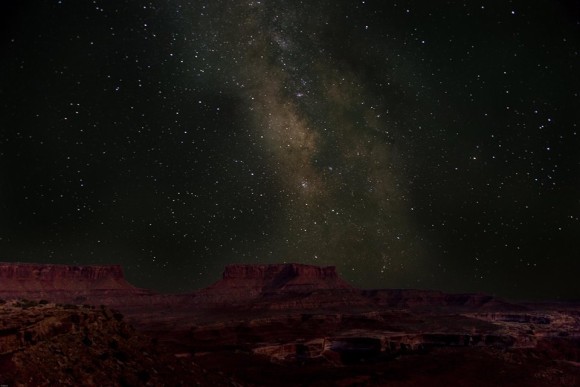 Bottom line: Ten recommended sites for watching meteor showers, from AccuWeather and the editors of EarthSky.

Got a great stargazing location to recommend? Recommend here