Will you see the moon hide Aldebaran?

If you see a bright star right next to the moon, that’ll be Aldebaran. If you don’t see it, it might be behind the moon! Meanwhile, we all can see the moon traveling in front of Aldebaran’s constellation, Taurus the Bull. 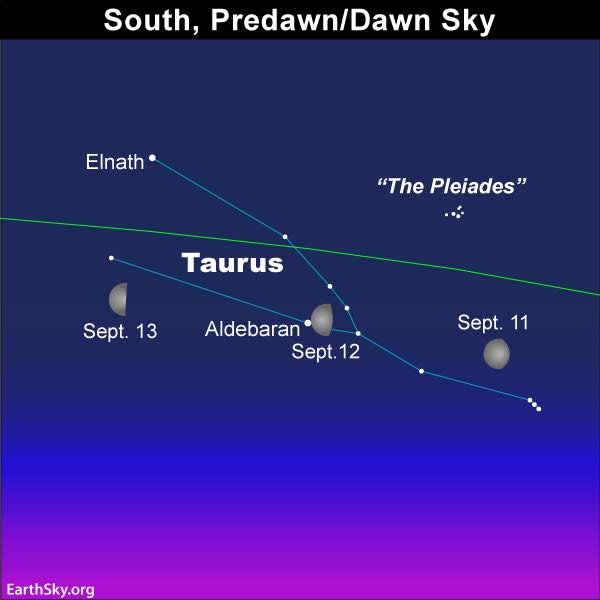 On the nights of September 10-12, 2017, you might see the moon rising in the east before your bedtime if you’re a night owl. But you’d be better off to wake up before dawn to see the moon in front of the constellation Taurus, higher up in the predawn sky. Look first for the moon, then seek out Taurus’ two prominent signposts: the star Aldebaran and the tiny, dipper-shaped Pleiades star cluster. The moon is about to take dead aim on Aldebaran and hide it from view.

If you live in Hawaii or the West Coast of North America, you’re in a position to watch this lunar occultation of Aldebaran before dawn on September 12. As always, the illuminated side of the waning moon points in the moon’s direction of travel: eastward. So Aldebaran will disappear behind the moon’s illuminated side and then reappear on the moon’s dark side. 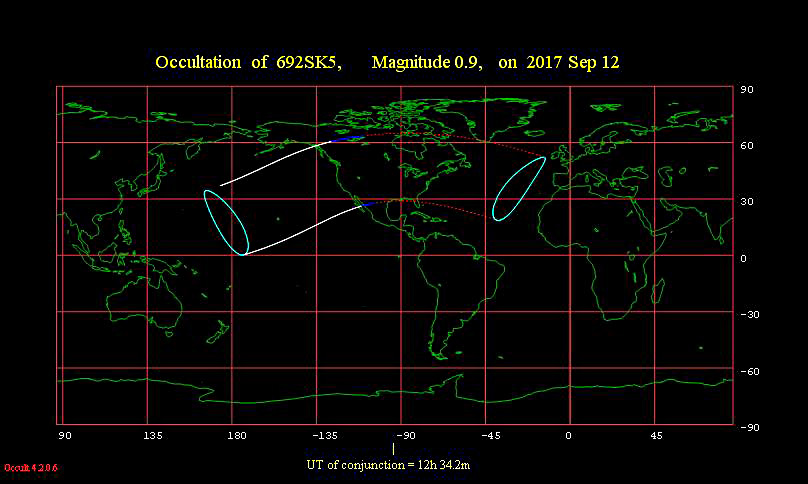 Lunar occultation of Aldebaran on September 12, 2017

Want to know when the occultation takes place for you? Click here to find the occultation times for over five hundred localities. But remember to convert Universal Time (UTC) to your local time:

Bottom line: Even if you miss the lunar occulatation of Aldebaran, you can still watch the waning moon traveling eastward in front of the constellation Taurus the Bull over the next several mornings.