Watch for Venus and Saturn this weekend

Watch the great sky show before daybreak February 18, 2019, as the planets Venus and Saturn come to conjunction beneath Jupiter in the east before sunup.

Around mid-February 2019, get up before sunrise to view the dazzling planet Venus and much fainter planet Saturn near each other in the east before sunup. February 18 is the date of their actual conjunction, but they’re noticeable already, low in the dawn sky. Also, they lie beneath another planet, very bright Jupiter. Want to know more precisely when dawn’s first light (or the beginning of astronomical twilight) comes for your location? Click here and remember to check on the astronomical twilight box.

At their conjunction on Monday, the 18th, Venus will pass 1.1 degrees north of Saturn (about the width of your little finger at an arm’s length). Have binoculars or a low-powered telescope? These two worlds are so close together on the sky’s dome that they’ll fit inside a single field of view. 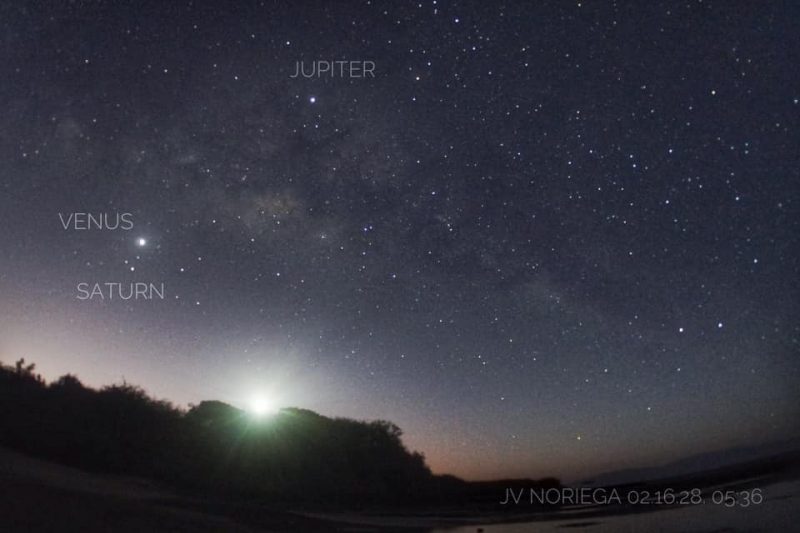 If you get up late – and dawn is rising – you might catch Venus in the glow of dawn, but not Saturn. If that happens aim your binoculars at Venus to view Saturn in the same field of view. Will you see Saturn’s rings with binoculars? No. You need a telescope to view the rings, but even a very small one will do.

If you get up before dawn, you should have no problem spotting Saturn near Venus with the eye alone. Both are bright planets! But Venus is much, much brighter. 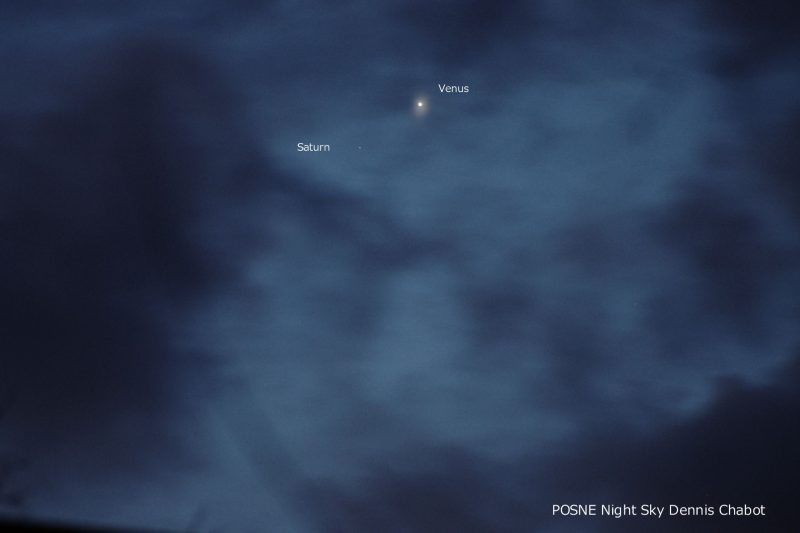 View at EarthSky Community Photos. | Saturn and Venus on the morning of February 15, 2019, as storm clouds were rolling in. Photo by Dennis Chabot in Rehoboth, Massachusetts.

Click here to learn how far our sun’s planets are from the Earth and sun right now. 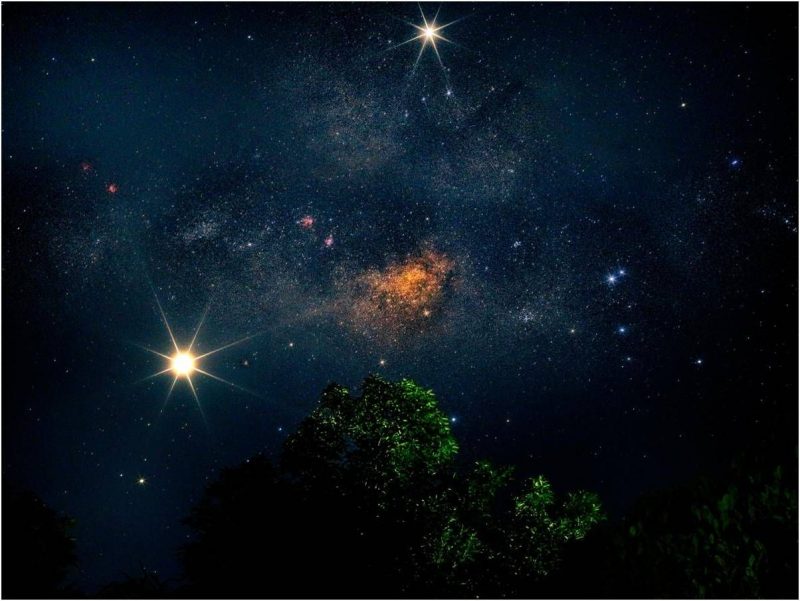 View at EarthSky Community Photos. | Here’s a more highly processed view of Venus and Saturn, plus Jupiter. Venus is the brightest one, Jupiter second-brightest, and Saturn is at about 7 o’clock with respect to Venus, to its lower left. PHoto taken February 13, 2019 by Dr. Ski in Valencia, Philippines.

Venus shines much more brilliantly than Saturn does in our sky. Although Saturn shines as mightily as a 1st-magnitude star, Venus ranks as the third-brightest celestial body to light up the heavens, after the sun and moon. Venus presently outshines Saturn by about 80 times. In fact, Venus is so dazzlingly bright that some sharp-sighted people can even see this world in a daytime sky.

But let us not forget the king planet Jupiter, which is the fourth-brightest celestial body to adorn the heavens, after the sun, moon and Venus. All these planets – Venus, Jupiter and Saturn – will continue to light up the morning sky for many months to come. Jupiter and Saturn will climb upward, away from sunrise, while Venus will sink in the other direction, toward sunrise.

And – by the way – if you’re not one for getting up early, try spotting Mercury, the closest planet to the sun, after sunset. 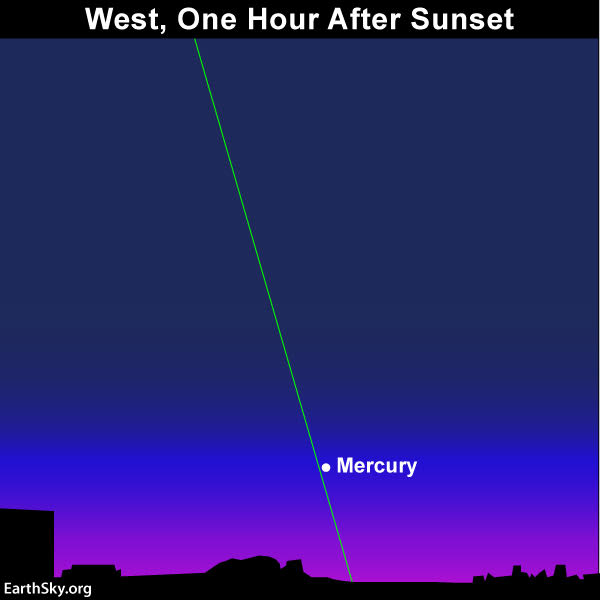 February 2019 will feature Mercury’s best appearance in the evening sky for the year for northerly latitudes.

Bottom line: Watch the great sky show before daybreak February 18, 2019, as the planets Venus and Saturn come to conjunction beneath Jupiter in the east before sunup.