Look west after sunset to see Venus in conjunction with Regulus, the brightest star in the constellation Leo the Lion. Dazzling planet! Fainter star near it … very cool to see. 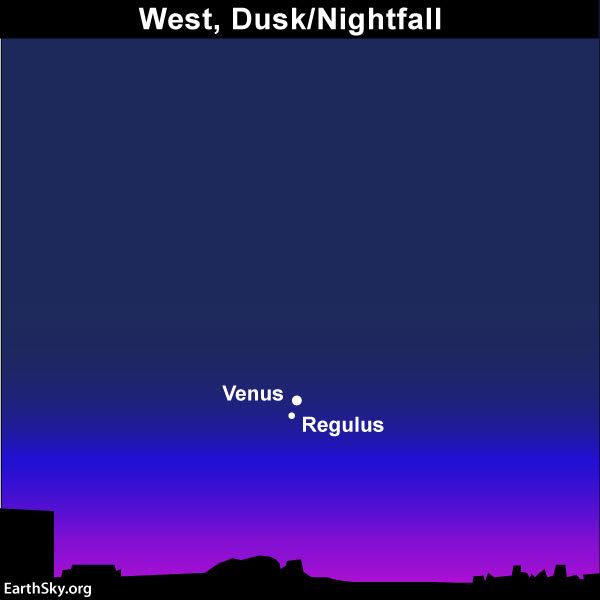 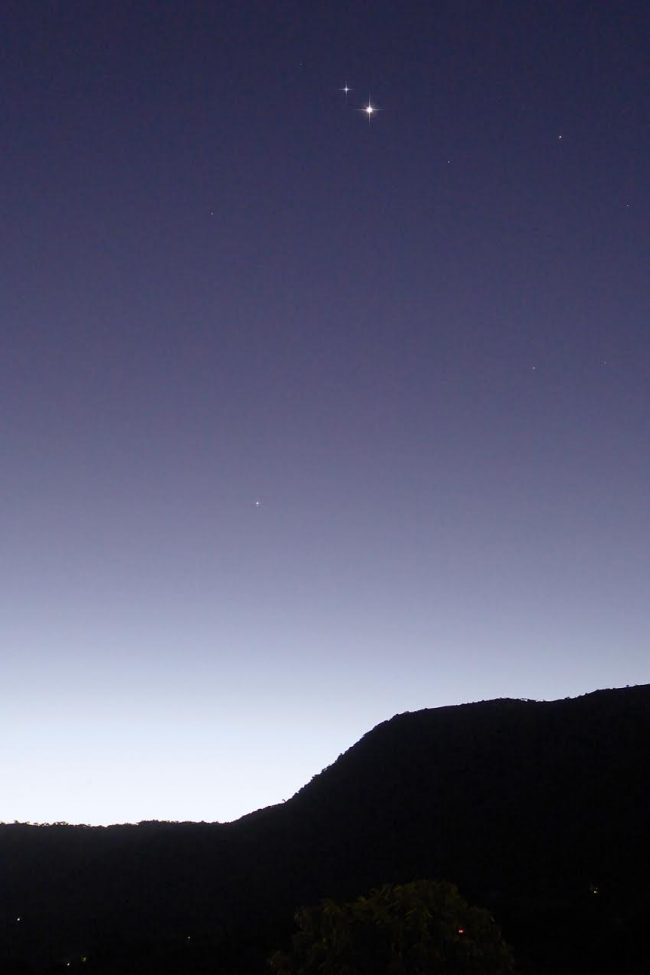 As evening fell over Africa on July 8, 2018, Peter Lowenstein in Mutare, Zimbabwe caught the planet Venus right next to the star Regulus – in the west after sunset. The bright “star” to the lower left of the pair is another planet, Mercury. The star to their right is Algieba. Like Regulus, it’s in the constellation Leo the Lion.