Notice its change of position in front of the constellation Taurus, with bright Aldebaran and the dipper-shaped Pleiades star cluster. 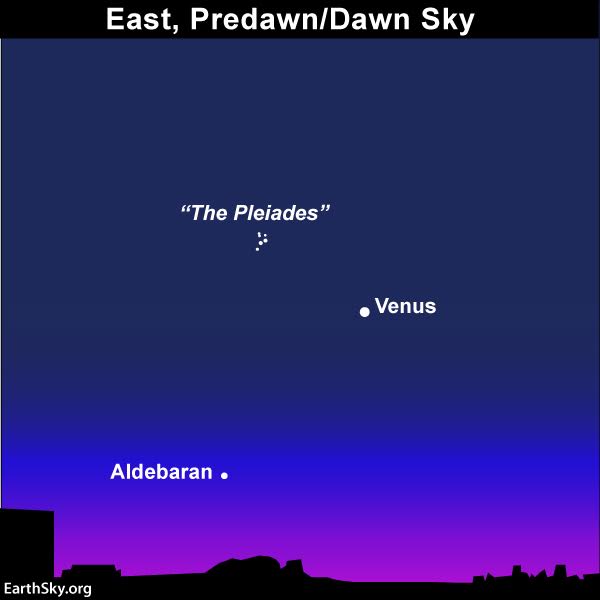 Are you a morning person? July 2017 presents a fine time to see the planet Venus beaming in front of the constellation Taurus the Bull. Wake up an hour or two before sunrise and look eastward.

Given clear skies, there’s no way you can miss Venus, the third-brightest celestial object after the sun and moon.

If you’re up while it’s still rather dark, Venus will draw your eye to the Bull’s two most prominent signposts: the bright star Aldebaran and the easy-to-see, dipper-shaped Pleiades star cluster.

Because Venus is a planet and not a star, this world isn’t a permanent resident of Taurus. It’s only a temporary visitor. In fact, the word planet means “wanderer” because the ancients noticed that Venus and all the planets move relative to the fixed backdrop constellations of the zodiac.

You can notice this movement, too. July 2017 is a good time to try.

In ancient times, astronomers charted the movement of Venus by noting its change of position relative to bright zodiacal stars, such as Aldebaran. Amazingly enough, the ancients found that Venus returns to the same place in front of the background stars in cycles of 8 years. So 8 years from now – in July 2025 – you can watch Venus follow nearly the same path in front of the constellation Taurus the Bull that this blazing planet will take in July 2017. 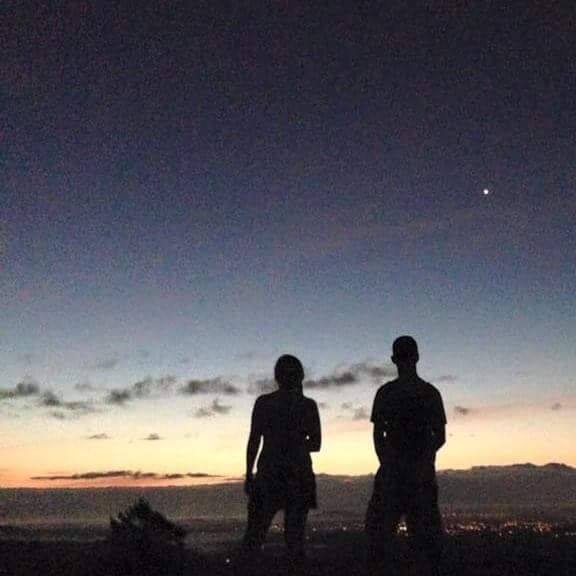 Venus, via Jamie Wyman on top of Mount Finlayson, Vancouver Island, British Columbia. She wrote: “Can’t wait to bring my telescope up the mountain this summer!”

Bottom line: If you watch Venus throughout July 2017, you’ll easily notice its change of position in front of the constellation Taurus, with its bright star Aldebaran and noticeable Pleiades star cluster.