At greatest elongation on January 12, 2017, Venus is as far from the sun as it will be for this evening apparition. 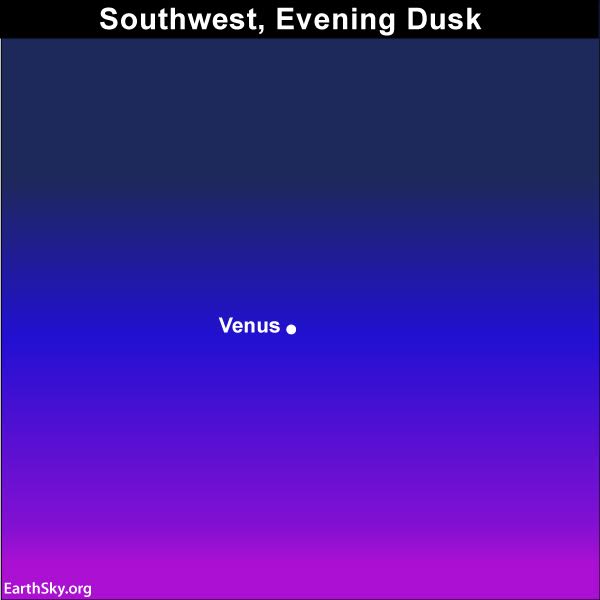 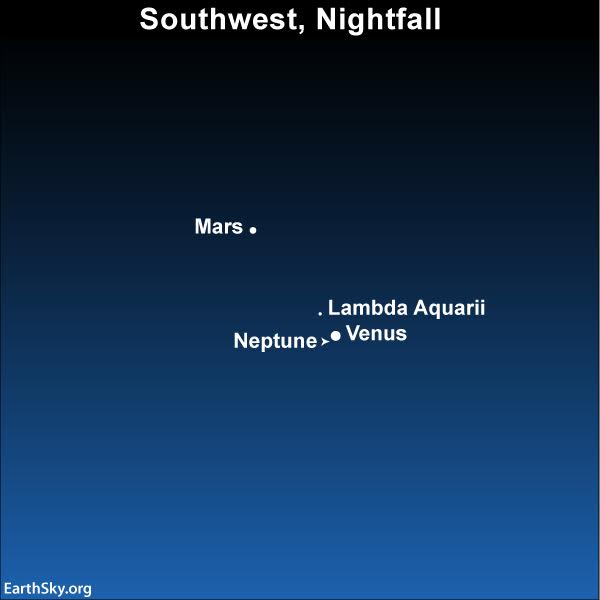 As dusk turns to darkness, look for the red planet Mars to pop out above Venus. The faint naked-eye star will be harder to catch. You actually need an optical aid to see the planet Neptune, but it’ll be hard to spot in Venus’ glare tonight.