Imaginary line from Venus through Mars points to Neptune in late December 2016. Comet 45P/Honda-Mrkos-Pajdusakova in this part of sky, too, but – like Neptune – requires optical aid. 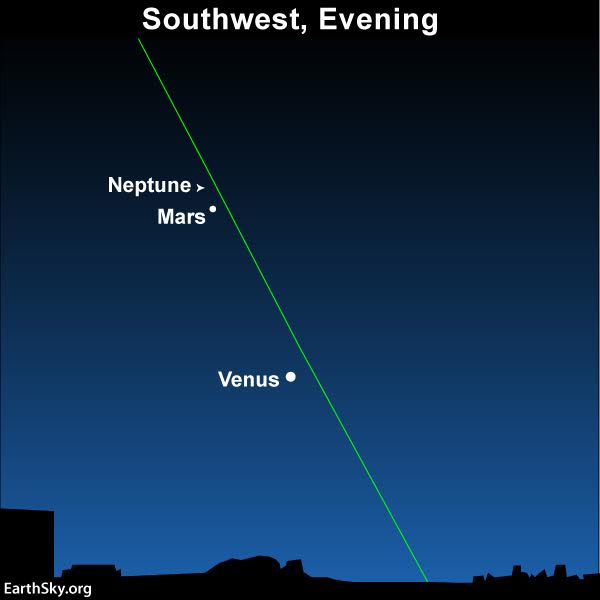 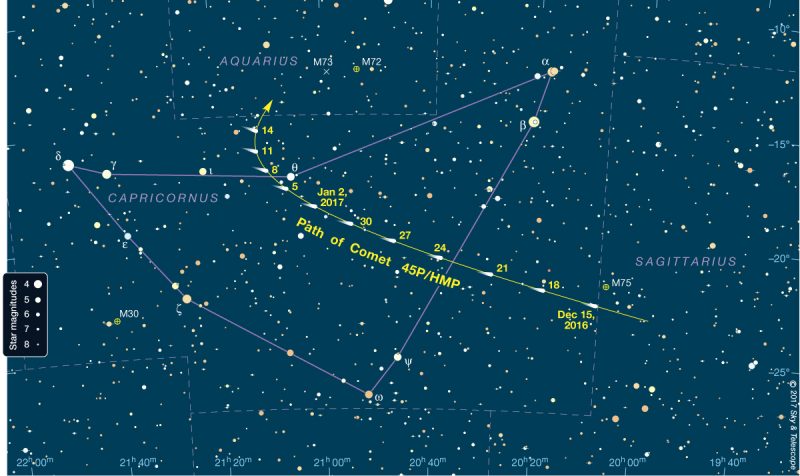 View larger. | Comet 45P/Honda-Mrkos-Pajdusakova may be visible without optical aid in an extremely dark sky, in front of the constellation Capricornus, low in the sunset direction. Its position is plotted here at 3-day intervals at 0h Universal Time. Image and more info via skyandtelescope.com.