You might know that the sun enters the sign of Cancer every year at the June solstice. It enters the constellation Cancer a month later, on or near July 20. 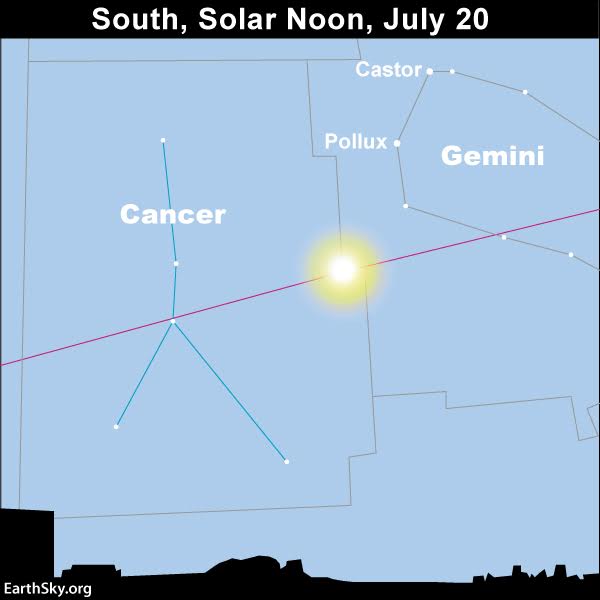 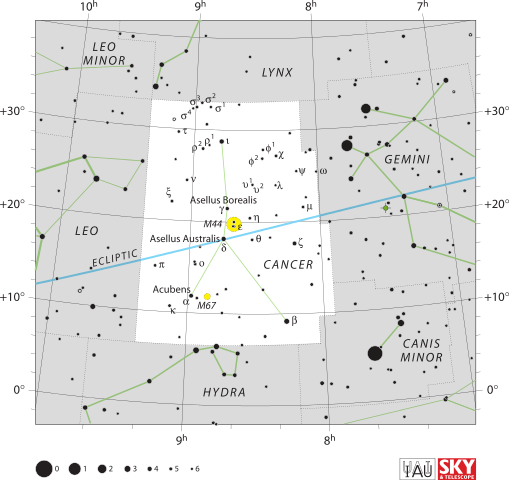 View larger. If you could see the constellation Cancer during the daytime, you’d see the sun crossing the west border (at right) on July 20, 2017, and the east border (at left) on August 10, 2017. 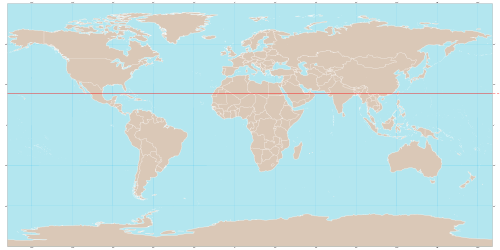 View larger.The tropic of Cancer marks the northern boundary of the tropics, where the sun resides at zenith on the day of the June solstice.