August full moon and eclipse ahead 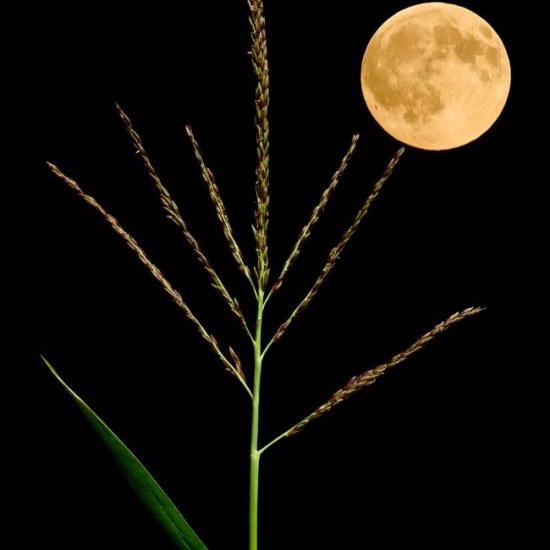 Tonight – August 6, 2017 – the moon may look full and round in your sky. Yet this August full moon falls tomorrow, on August 7 at 18:11 UTC, which is during the daylight hours on August 7 for us in the Americas. Normally, it’s not vital whether the crest of the moon’s full phase falls in daylight or darkness for your part of the globe. The coming full moon is a bit different, however, because it will undergo a shallow partial lunar eclipse. We in the Americas will miss it because the full moon crests in daylight, for us. And a full moon is always opposite the sun, up all night. Thus the moon will be below our horizon when the eclipse takes place.

You have to be in our world’s Eastern Hemisphere to see this month’s moon when it’s precisely full. People on that half of the globe will see the partial eclipse on the night of August 7-8, 2017. Read more about the August, 2017 partial lunar eclipse.

Technically speaking, the moon is full for a only fleeting instant – when the moon is 180o from the sun in ecliptic longitude. The worldwide map below shows you the day and night sides of the world at the instant of the August 7 full moon. 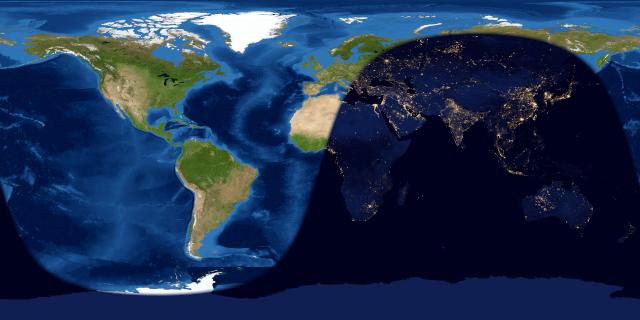 Day and night sides of Earth at the instant of the August full moon (2017 August 7 at 18:11 UTC). Worldwide map via EarthView

You have to be on the nighttime side of the world to see the moon at the exact instant that it turns full. If the moon turns full during the daylight hours – as this August 2017 moon does in North and South America – then the moon is below your horizon.

Everyone around the word, however, will see a full-looking moon in the east at dusk or nightfall on August 6 and 7, highest up for the night around midnight and sitting low in the west at dawn. The moon stays more or less opposite the sun for the duration of the night after darkness falls for these next few days.

Bottom line: In North America, we sometimes call the August full moon the Sturgeon Moon. Watch it light up the nighttime from dusk August 6 until dawn August 7, 2017.