One half of the W of Cassiopeia is more deeply notched than the other half. This deeper V is your “arrow” in the sky, pointing to the Andromeda galaxy. 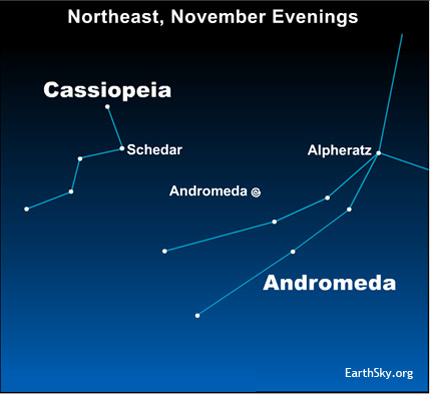 Tonight … find the Andromeda galaxy, the next-nearest spiral galaxy to our Milky Way. Be sure to look this evening, starting at nightfall.

What is the easiest way to find the Andromeda galaxy at this time of year? I tried a couple times with my telescope but had no luck.

Many stargazers star-hop via the W-shaped constellation, Cassiopeia – shown on the chart above. As seen from the Northern Hemisphere on these November evenings, Cassiopeia appears in the northeast sky at nightfall and swings high to the north as evening progresses. It’s easy to spot, shaped like an M or W.

To see the galaxy, you need a dark sky. Note that one half of the W of Cassiopeia is more deeply notched than the other half. This deeper V is your “arrow” in the sky, pointing to the Andromeda galaxy. 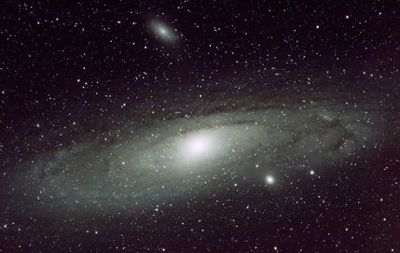 The Andromeda galaxy is the next-nearest large spiral galaxy to our Milky Way. You see it here with 2 of its satellite galaxies. 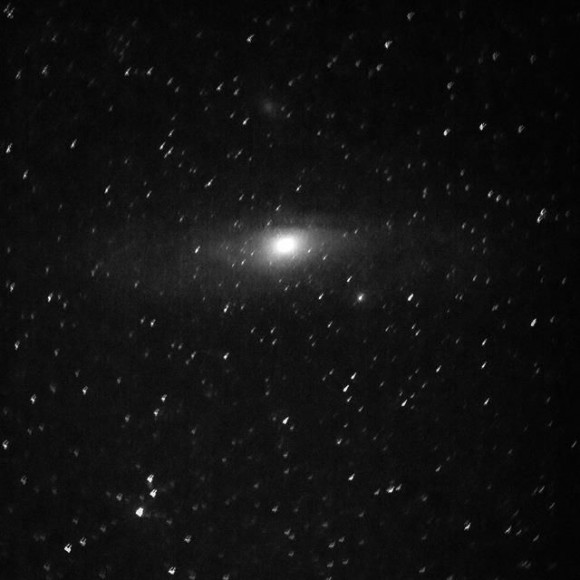 Amateur telescopes and cameras can pick up the Andromeda galaxy, too. Photo via Chris Levitan Photography.

You can also try scanning for the Andromeda galaxy with the unaided eye or binoculars. In a dark sky, you might spot it, as the early stargazers did before the days of star charts and optical aid.

The Andromeda galaxy is a large hazy patch in the night sky.

On a dark night, this galaxy looks like a faint smudge of light, about the size of a full moon.

Once you’ve found it with the eye alone, be sure to peer at it with binoculars or your telescope. The Andromeda galaxy is about 2.5 million light-years away, just a hop and a skip in astronomical terms. Like our Milky Way, this large spiral galaxy is teeming with hundreds of billions of stars. 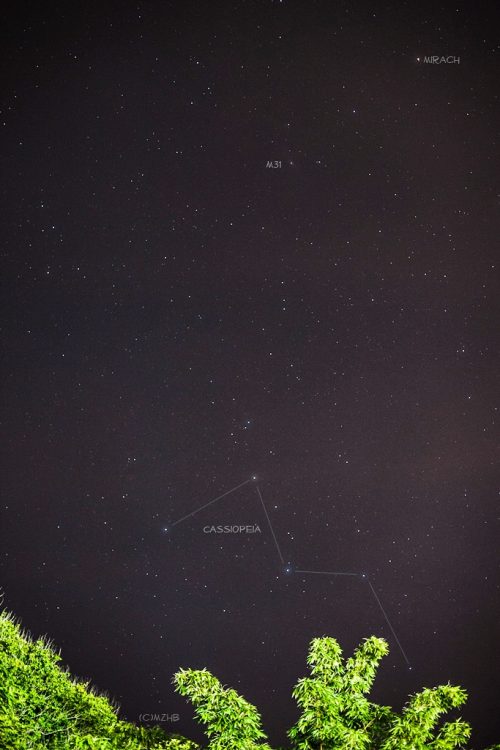 Zefri Besar in Brunei Darussalam caught Cassiopeia and the Andromeda galaxy in November 2016, using a DSLR camera and 50mm lens. Notice that – no matter how they are oriented in the sky – the deeper “V” of Cassiopeia points toward the galaxy. 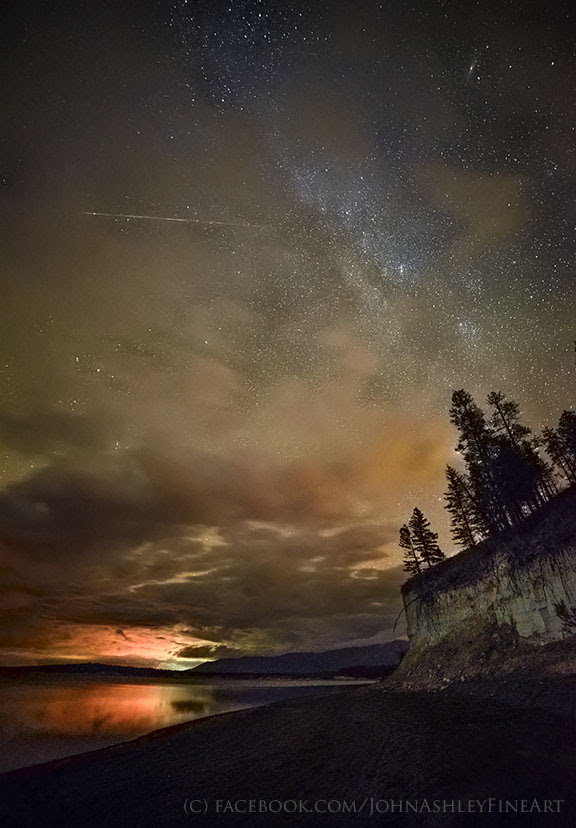 John Ashley wrote: “The Andromeda galaxy (top right) watches from above the roiling clouds that partially veiled northern lights (bottom left) and meteors streaking across our own Milky Way galaxy.” Photo captured by John Ashley in November 2015, from the shore of Lake Koocanusa in northwestern Montana.

Bottom line: One half of the W of Cassiopeia is more deeply notched than the other half. This deeper V is your “arrow” in the sky, pointing to the Andromeda galaxy.

All about the Andromeda galaxy

Use Great Square of Pegasus to find Andromeda galaxy