Time to look for Mercury and Jupiter below Venus

Some people spotted Mercury days ago, but it’s higher in the sky now and brighter. This is a good time to catch the most elusive planet.

Now – mid-December 2018 – it’s time to get outside in the early morning and try to spot our sun’s innermost planet, Mercury. Look east, the sunrise direction. You can’t miss super-bright Venus. Mercury is below it, near the sunrise point. If you look extra hard with the unaided eye or binoculars, you might spot bright Jupiter near the horizon, too, on a line with Venus and Mercury.

Mercury shines more brightly than a 1st-magnitude star now; in other words, it’s as bright as the brightest stars in our sky (but not nearly as brilliant as Venus). Bring along binoculars, if you have them, though. With daylight coming up fast, you could easily lose Mercury in the morning twilight. 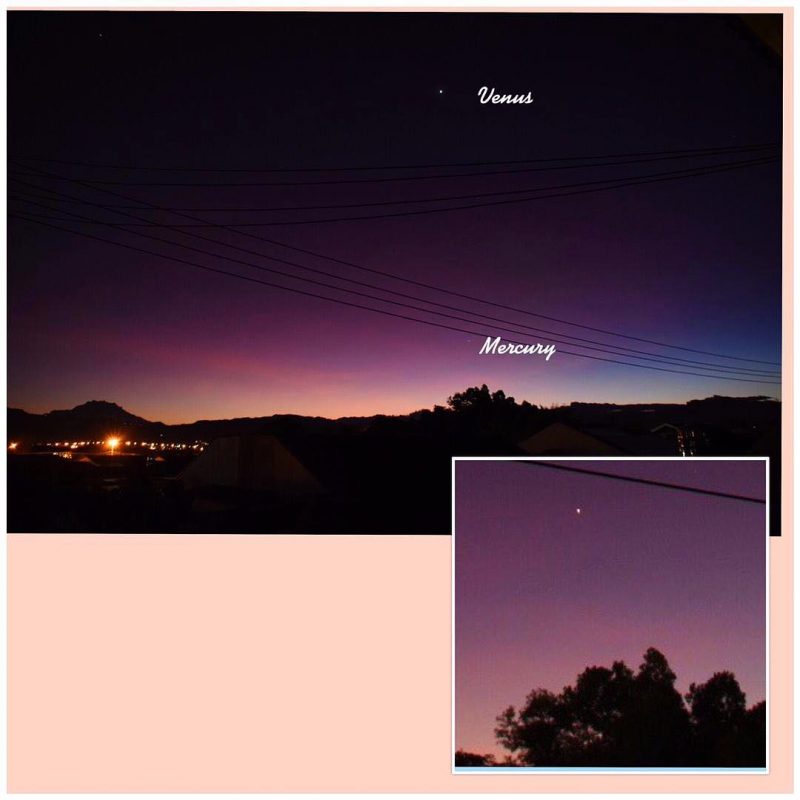 Jenney Disimon in Sabah, N. Borneo, caught elusive Mercury below Venus on the morning of December 11, 2018. Thanks, Jenney! 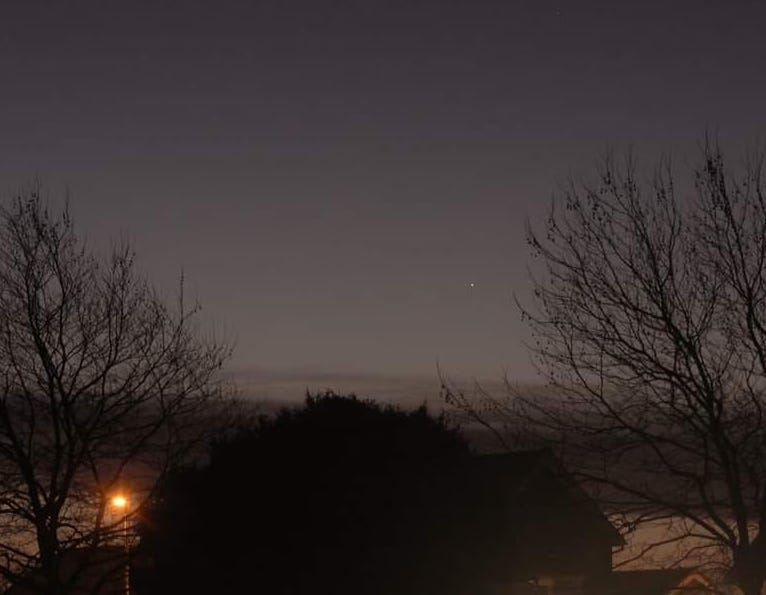 You’ll need an unobstructed horizon in the direction of sunrise. Depending on where you live worldwide, Mercury might – or might not – be above the horizon some 90 minutes before sunrise. If you don’t see it at first below dazzling Venus, wait a bit. As Earth spins under the sky, as dawn’s light is filling the sky, Mercury will be ascending higher in the east.

Jupiter is climbing upward now, too – day by day – toward Mercury, in the December 2018 morning sky. In mid-December, the bright morning twilight might render Jupiter invisible or nearly so. Fortunately, Jupiter should become easier to see by the time this brilliant world pairs up with Mercury on December 21. See the chart below. 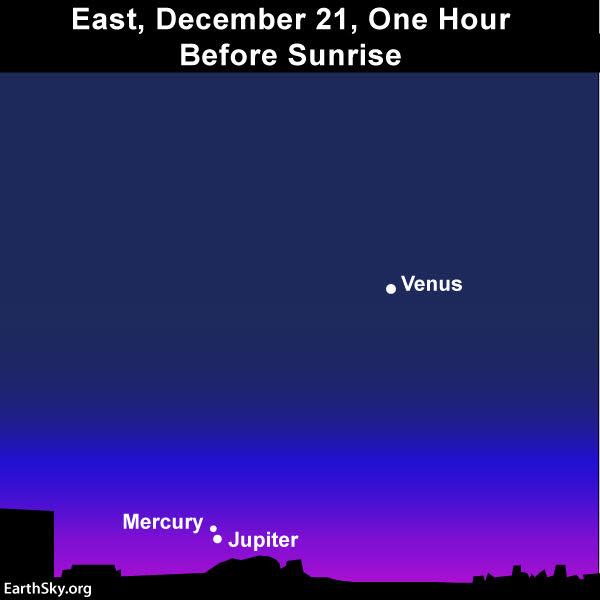 Look for Mercury and Jupiter in conjunction on December 21, 2018. The 2 planets will easily fit within a single binocular field of view. In another month – on January 22, 2019 – Jupiter will catch up with Venus, to stage a conjunction of the sky’s 2 brightest planets in the east before sunup!

Click here for a recommended almanac that’ll give you Mercury’s precise rising time in your sky.

Although the sky charts above and below are designed for mid-northern latitudes, you can easily apply them to any part of the world with a few simple considerations:

At latitudes significantly north of the equator: Mercury is found to Venus’ lower left

At latitudes at or near the equator: Mercury is found pretty much directly below Venus

At latitudes significantly south of the equator: Mercury is found to Venus’ lower right 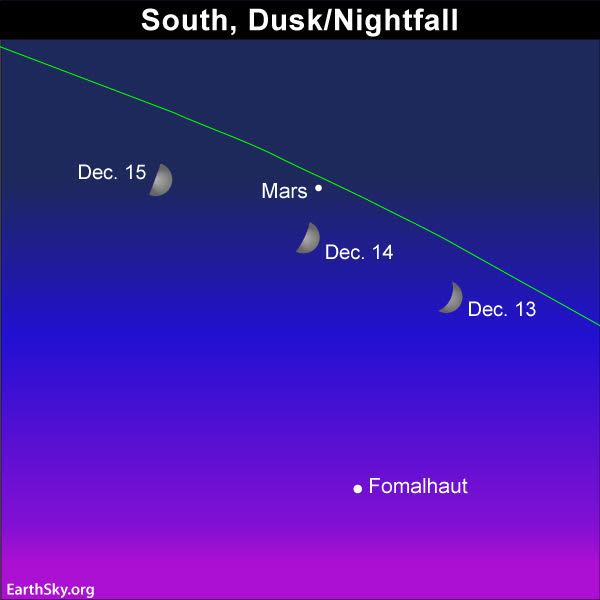 If you’re not one to get up early (or even if your are), keep in mind that the moon and Mars will beautify the evening sky as soon as darkness falls.

Bottom line: In mid-December 2018, look for Mercury – and possibly Jupiter – below Venus in the east at dawn.